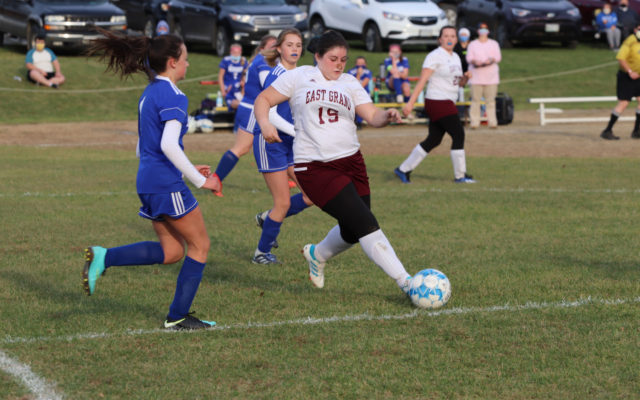 The first goal came less than a minute into the game, on a penalty kick from Hodgdon’s Mikayla Howland, who ended the day with four total goals. Other players with multiple goals on Hodgdon were Emma Drew and Delaney Little, who scored four and three goals respectively. In total, Hodgdon made 20 shots on goal for the game. Sabra Scott had two assists for Hodgdon, with another assist from Meghan Peters.

Hodgdon coach Amanda Stubbs also used the large lead as an opportunity to allow other players to score who hadn’t had the chance yet. One such player was Serena Lufkin, who scored her first goal of the season shortly before time expired in the game.

“She’s a senior, she works hard all the time, she hadn’t scored yet, but she got one right toward the end,” said Stubbs of Lufkin. “We’re pretty happy about that.” 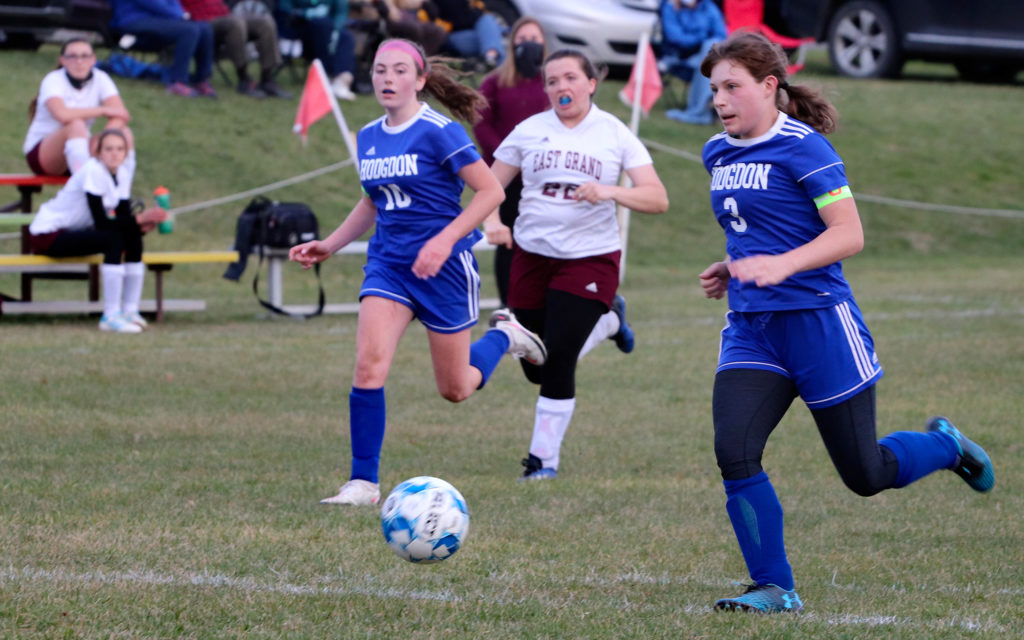 The Vikings managed three goals, two coming off the leg of Jayden Williams in the first half, and another from Madelin Cowger in the second. But that was all for East Grand, who managed only seven shots on goal and were unable to overcome the large deficit they faced against Hodgdon.

“They’ve improved since the last time we played them,” said Kim Armstrong, the coach for East Grand. “They definitely worked our girls.”