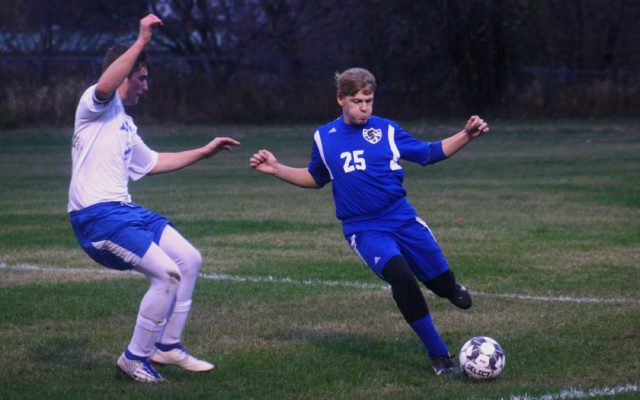 Easton had postponed the game on Monday due to illness among multiple starters. According to Bears coach Ryan Shaw, many of those players had not recovered by Tuesday, and several younger players were given starting spots in their place.The young Easton squad held its own against Central Aroostook in the first half, even scoring the first goal six minutes in on a kick from Owen Sweeney.

But a potent Panthers offense struck shortly after with a goal from Cody McCrum a minute later. Bryan Anthony scored another unassisted goal 11 minutes to go, giving Central Aroostook a 2-1 lead it would not relinquish.

The Bears continued to fight for the duration of the first half, but were unable to get anything past Central Aroostook goaltender Zaylan Johnston. Johnston had 12 saves on the day off of 14 Easton shots.

In the last six minutes of the half, the Panthers’ Lucas Haines and McCrum each dropped an unassisted goal on Easton’s goaltender Zack Pelletier, who had 10 saves on 16 shots on the night. The score was 4-1 Central Aroostook at halftime.

The momentum continued for Central Aroostook in the second period, with Bryan Anthony scoring two goals — his second and third of the night. His last was with an assist by Cody McCrum, making it 6-1 Central Aroostook.

Central Aroostook coach Wallace Endy said he thought his team had given an average performance and needed to work on passing.

Shaw said he was proud of his young team given the circumstances and its formidable opponent. He said he thought it had even played better than Central Aroostook for a duration of the first half.

“Second half, we just lost our legs,” Shaw said. “We’ve got some small legs, they’ve (CAHS) got some big legs, and that’s just how science works.”Shaw said Easton would play Washburn on Wednesday. He was unsure if the sick players would return, but said if they did not, it would provide another opportunity for Easton’s younger players to gain experience.

“These guys who haven’t had much of a chance got a chance against some good competition,” Shaw said. “That’s going to help us going forward. 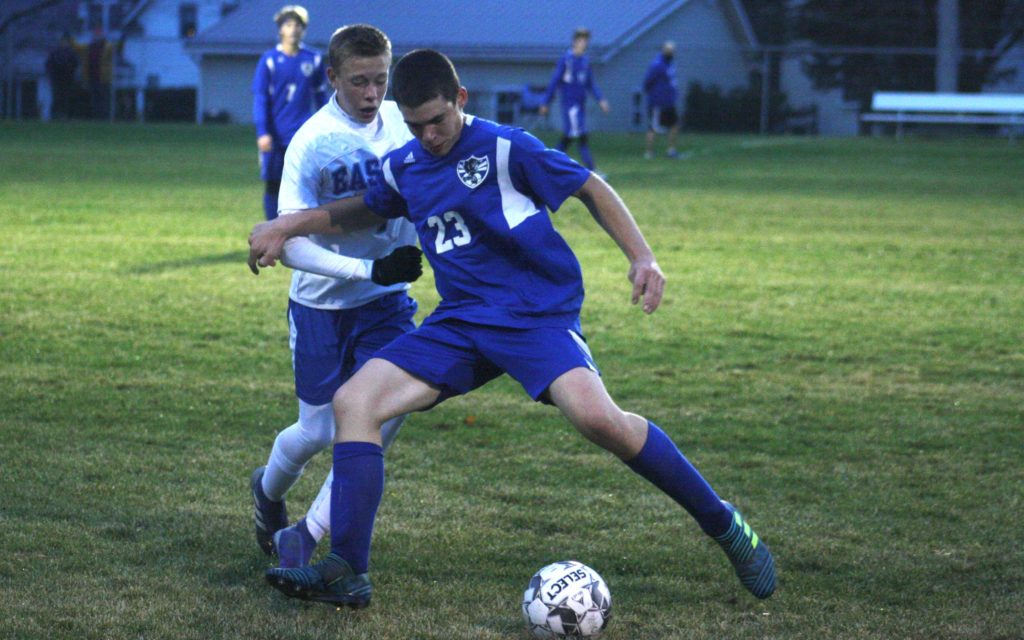 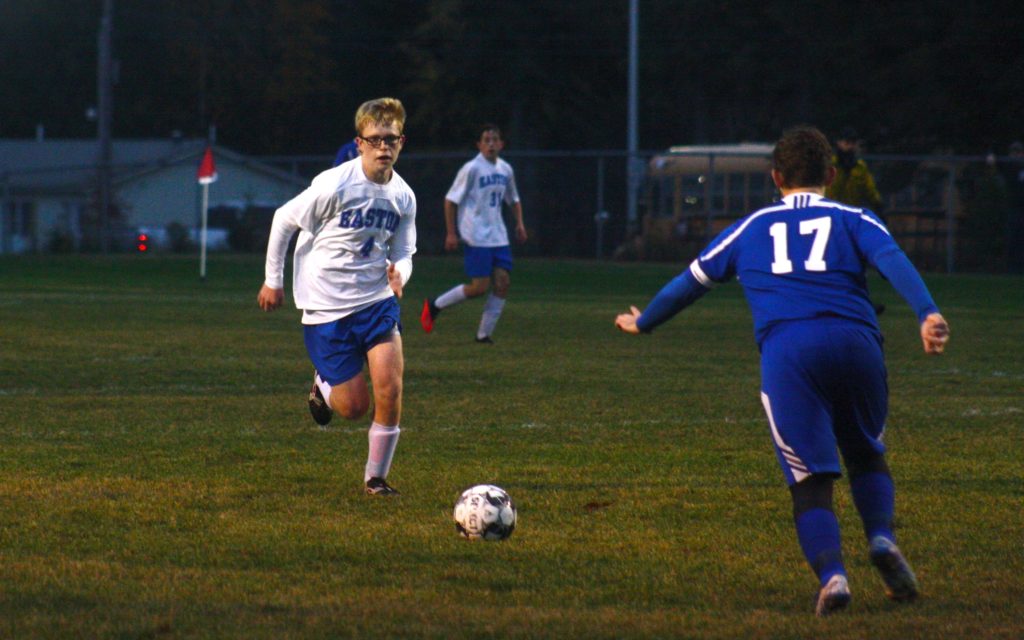 Easton’s Trey Brewer, left, drives toward the goal as he is defended by Central Aroostook’s Malachi Fitzherbert, right, in a varsity soccer game at Central Aroostook High School. (David Marino Jr. | The Star-Herald) 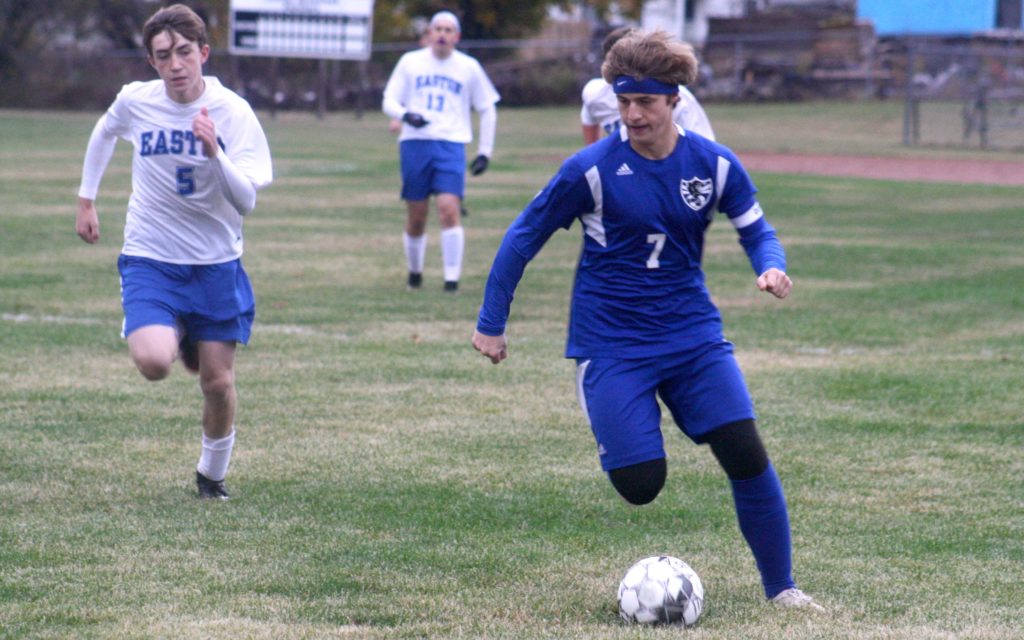 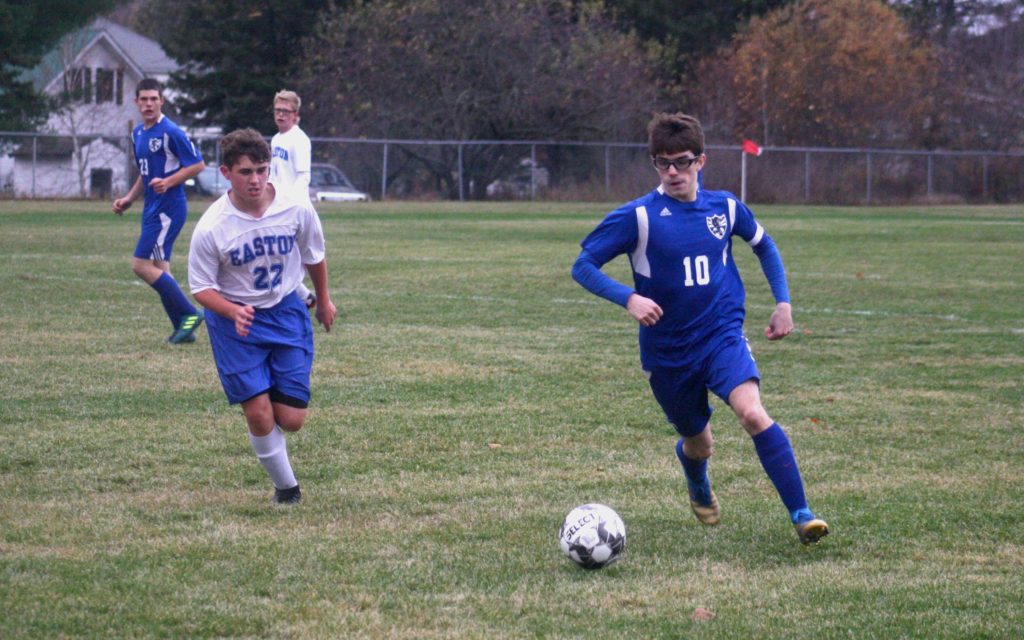