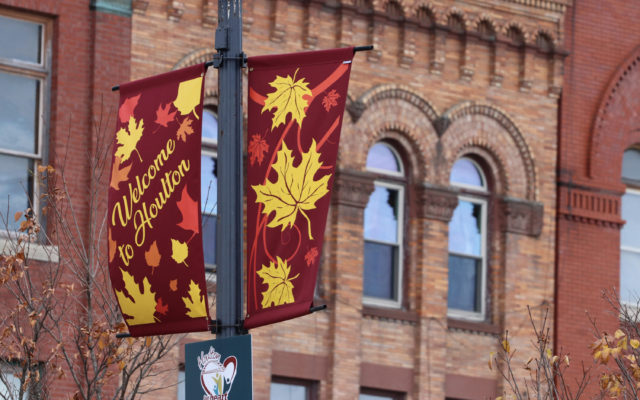 Houlton Community Market ends for the season, after summer adjusting to COVID

Alexander MacDougall • October 22, 2020
Vendors at Houlton Community Market sold the last of their wares on Saturday, Oct. 17, ending a farmers’ market season which was held under the spectre of the COVID-19 pandemic.

HOULTON, Maine — Vendors at Houlton Community Market sold the last of their wares on Saturday, Oct. 17, ending a farmers’ market season which was held under the spectre of the COVID-19 pandemic.

The market opened on Memorial Day weekend back in May, in the midst of the virus’ initial surge across the United States. But despite any setbacks caused by the virus, the market managed to hold out on its own, buoyed by low case numbers in Houlton and customers looking to get out of the house.

“It was amazing how many people wanted the market to happen and how well everybody did,” Jane Torres, the executive director for the Greater Houlton Chamber of Commerce, said. “It really was very inspiring.”

Guidelines on social distancing, as well as initial restrictions on selling craft products, meant that the number of vendors at the market decreased this year. But for the vendors who did partake in the market, Torres says the sales increased around 25 percent for this year.

“We usually have around 27 vendors that cycle in and out, and there’s always a core group of usually around 10,” Torres said. “This year, it was a core group of more like six or seven. But as the season wore on, we got some vendors back.”

Tess Flannery, who serves the market master of Houlton Community Market and operates the stand for Gallifreyan Farms at the market, said that despite the pandemic, this year actually started off busy for vendors.

“I think in the first month, people were grateful just to get outside and do something,” Flannery said. “The Maine Federation of Farmers’ Markets also helped getting the word out and promoting markets.”

Flannery says she also noticed more people than usual paying with SNAP and EBT cards, which likely had to do with the market partaking in the Maine Harvest Bucks program. Under the program, people making purchases with SNAP/EBT would receive Maine Harvest Bucks vouchers, which could then be used to purchase fruits and vegetables from vendors.

Initially selling vegetables and plants at the start of the pandemic, Flannery’s Gallifreyan Farms later expanded to selling clothing made from alpaca wool. Flannery says despite customers mainly coming from local areas, their sales of wool products remained successful.

“We saw a big difference in the number of people coming from out of state,” Flannery said. “But we still sold a lot of alpaca socks. Because people’s feet still get cold.”