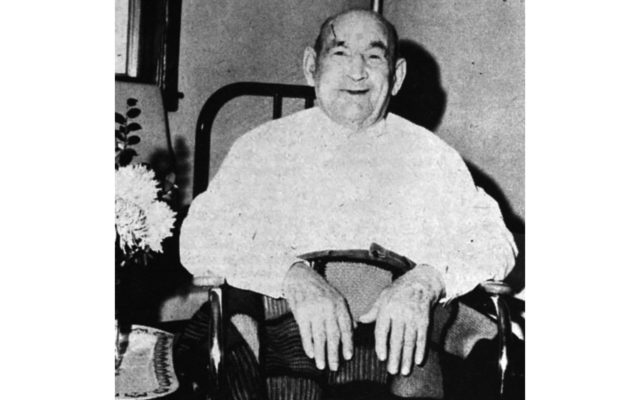 Changing hands — The Snell House changed hands on Monday morning and is now being conducted by the Mercer Co.

Repair work — Howard F. Lunt  has had a crew of carpenters and painters making repairs on his Park Street property during the past two weeks.

To open portrait studio — A new commercial photographic studio is to be opened here about the middle of November by Larry Bigelow, formerly of Skowhegan, in the Rice block in the quarters formerly occupied by Harry Baulch. It will be known as Larry’s Portrait Studio. Mr. Bigelow is an honorably discharged veteran of this war. He has many friends in Houlton, where he was located in 1941 with the United States Engineering Department during the preliminary construction work on the Houlton Army Air Field.

On a buying trip — Mr. and Mrs. Alfred Green left by plane Sunday for Boston, where they will attend the Style Show held at the Parker House. They will also spend several days in New York City, where they will buy in the markets there.

Winner announced — Mrs. Ronald St. Peter was the winner of the cedar chest and contents, sponsored by the Houlton Council of Catholic Women, at a drawing held Sunday at the Membership Tea at St. Anthony’s Hall. Mrs. Clifford Barker, Family Affairs Commission chairman, made the announcement. The chest and contents have been displayed in the window of the Fabric Shop in Market Square.

Golden anniversary — Open house was held October 20 at the home of Mary Hatch in observance of the 50th wedding anniversary of Mr and Mrs. Judson L. McBrine of Haynesville. A social afternoon was enjoyed by approximately 350 relatives and friends.  Mr. and Mrs. McBrine, the former Dorothy A. Bedell, were married October 20, 1920 at Woodstock, N. B., by the Rev. L. E. Ackland.

Donation — Frank Zeaman, plant manager of the National Starch and Chemical Company in Island Falls, presented Heidi Suitter, Pine Tree Camp representative for the Smoki-Haulers Snowsled Club, with a donation of $600. National Starch and Chemical has contributed to the Pine Tree Camp over the years through the Smoki-Haulers. Many children and adults benefit from these donations, who otherwise would not be able to attend camp.

Safety award — Kevin Duff presented Keith Saunders, Houlton Plant Manager for Staley Manufacturing, with a plaque from the Maine Safety Council for the plant’s safety and health improvements. Staley has not had a lost time accident for three years, and has been honored by the MCS each of those years.