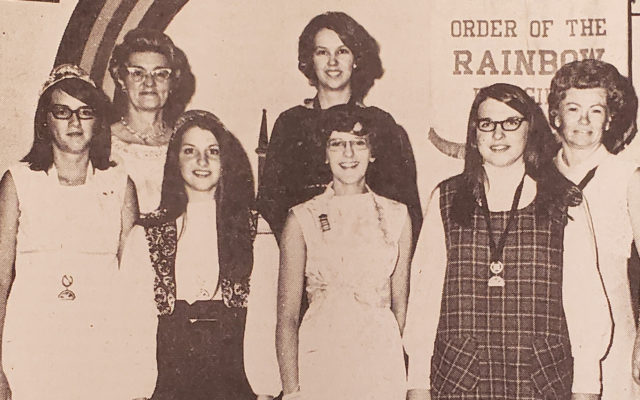 Clarence Keegan new Aggie teacher — Clarence Keegan of Mars Hill succeeded George Barnes as agricultural instructor at Presque Isle High School. A graduate of the University of Maine, Keegan was former agricultural instructor at Aroostook Classical Institute at Mars Hill. Prominent in Aroostook athletic circles, Keegan was a member of the Olympic baseball team and was a member of the Mars HIll and Presque Isle teams in the Northern Maine League. He assisted with basketball coaching at Mars Hill.

Ethyl Allen promoted to sergeant — Mr. Edward Allen of Presque Isle received word that his daughter, Cpl. Ethyl S. Allen, was promoted to the grade of Sergeant in the WAC Detachment at Pine Bluff CWS Arsenal in southeast Arkansas. Sgt. Allen enlisted in the Women’s Army Corps in June 1943 at Hartford, Connecticut, and received her basic training at Fort Devens, Massachusetts. After completing her training, she was transferred to the Army Administration School at Eastern Kentucky State Teachers College in Richmond, Kentuckyy. Upon completion of an eight-week course in Army administration, Sgt. Allen reported to the Arsenal for duty and was assigned to the military personnel section of the executive division as special order clerk.

UMPI girl won Tel. Bow Meet — The University of Maine at Presque Isle had fostered another statewide champion in the person of Miss Cheryl Tardy of Limestone. The UMPI junior was Maine’s top woman archer. The statewide college tourney, coordinated at Husson College, was the second such event sponsored by the Maine Association for Physical Education of College Women. Called the Telegraphic Archery Meet, the contests were held on individual campuses with the results telegraphed to Husson for tabulation. The four member UMPI team also won the state team title.

Golden anniversary members — Edwin G. Packard and Wilfred Trafton were honored on Oct. 16 as 50-year members of Presque Isle American Legion Post No 88. The Presque Isle residents joined the legion in 1945. The awards were presented by Commander Carl McGlauflin.

Flora appointed new deputy director of LDA — Carl W. Flora, formerly of Presque Isle, was appointed as the new deputy director of the Loring Development Authority of Maine. According to LDA Executive Director Brian Hamel, Flora brought more than 15 years of broad-based business, legal and public sector experience and for the previous eight years, had been employed in various upper-level management positions within Maine’s Department of Agriculture. Flora most served as acting director, Bureau of Public Service, under the Commissioner of Agriculture, Edward McLaughlin. From 1989 to 1995, he served as the deputy commissioner, the second-ranking official within the cabinet-level Department of Agriculture, under former Commissioner Bernard Shaw, having been promoted to this position in 1989 from associate commissioner for Policy Development.