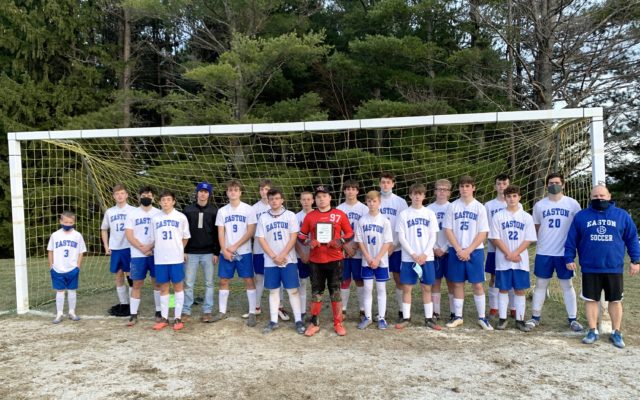 The Crusaders were in control for the entirety of the game, unleashing a strong offense on the Bears and defending against any attempts to reverse their fortunes.

Though Van Buren limited attendance, dozens of people watched the match, with several hometown fans rooting for their team every step of the way.

Van Buren coach Steve Lapierre said it felt great to win a championship — he said it couldn’t have happened without his team’s strong performance.

“They distributed the ball well,” Lapierre said. “And finished real well early, especially in the first half.”

He said he was especially happy that his team’s seniors got the chance to play out a season that nearly didn’t occur because of the COVID-19 pandemic.

“It was a shortened season,” Lapierre said. “But, I think we could have competed with anybody.”

Easton coach Ryan Shaw said he was proud of how his time had persevered, though he wished they could have turned the tide on Van Buren.

“We battled. We didn’t give up. We just couldn’t get anything to go our way today,” Shaw said. “And that’s life.”

While the Bears did not go home as champions, after the game the Easton boys team was recognized for being the runner-up in the Aroostook League Division II championship.

“It’s nice to take something home to put in the school trophy case,” Shaw said. Van Buren scored first 11 minutes in off of a goal from Noah Martin with an assist from Blake Martin. Six minutes later, Gabe Morales scored with an assist from Sam Hebert. 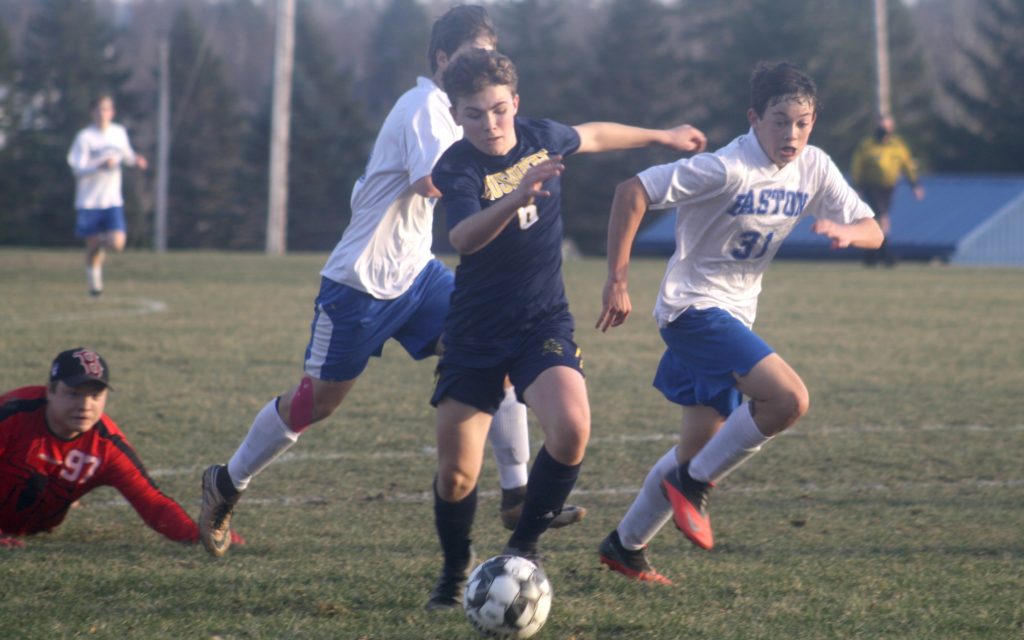 VAN BUREN, Maine — Van Buren’s Sam Hebert, center, dribbles the ball as he is defended by Easton’s Chase Flewelling, right, in a game on Friday. (David Marino Jr. | The Star-Herald) 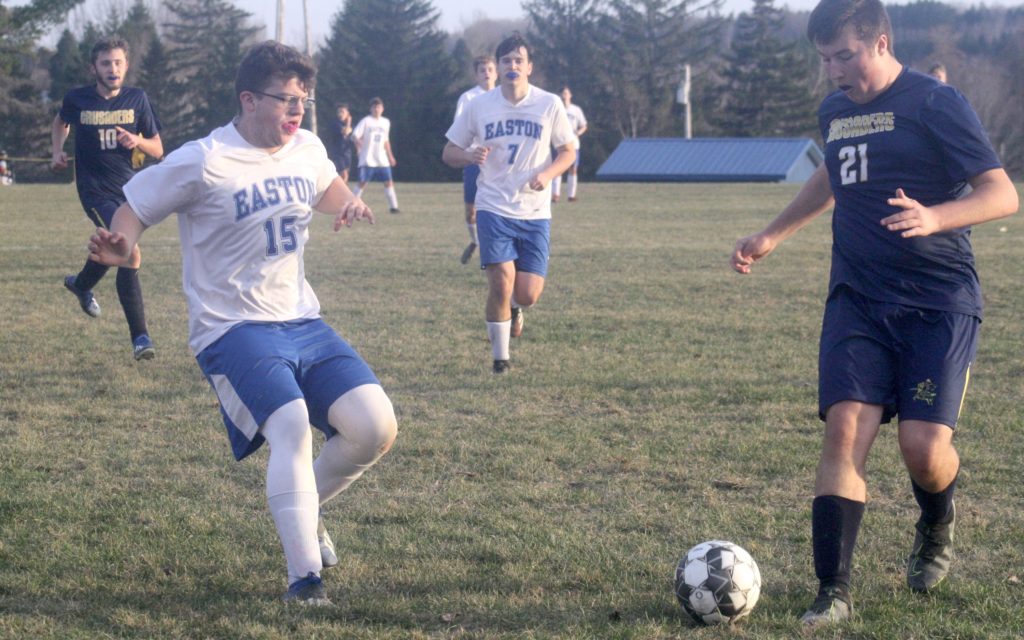 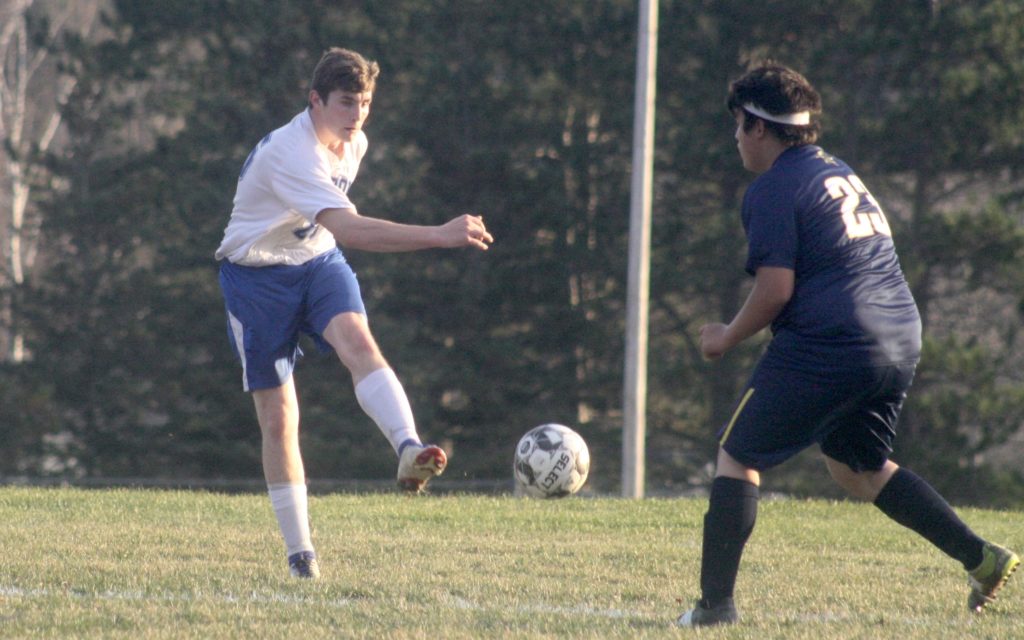