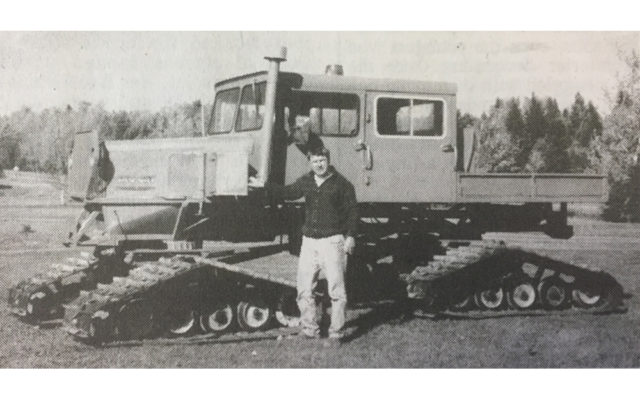 Lanette Virtanen • November 11, 2020
100 Years Ago - Nov.  18, 1920   Unique recital given at high school auditorium pleases a large audience - - The recital given last Thursday Evening under the direction of the Astle Music Co. by a group of Edison Artists drew one of the largest audiences ever seen in the building.

Unique recital given at high school auditorium pleases a large audience – – The recital given last Thursday Evening under the direction of the Astle Music Co. by a group of Edison Artists drew one of the largest audiences ever seen in the building.

A treat at the Temple — Bob Ott opened a week’s engagement at the Temple Theater Monday evening, playing to a good house presenting “The Jumping Jack.” The fun started with the opening curtain and stayed with the audience after they left the theater.

New manager for Northeast A.L. here — Roger B. Hitchcock has been promoted to the position of Northeast Airlines station manager in Houlton, replacing Grover C. Cluckey who has transferred to Augusta.

Lions district governor visits Houlton club — A.P. Gills of Milo, District Governor of Lions Int’l was the guest of honor at the regular meeting of the Houlton Lions Club held Friday evening at the Northland.

Hospital merger will aid doctors and the patient — The forthcoming merger of the Aroostook General and Madigan Memorial Hospitals into a single new, modern and efficiently organized facility will have a significant bearing on the entire Southern Aroostook area. A new modern 120 bed hospital in Houlton will mean increased, and improved medical care.

Area children benefit from the United Bikers Toy Run Campaign — The United Bikers of Maine started a toy run in 1981 with 135 bikers.  The run went through Houlton recently. This year was the 14th annual run with 12,000 – 15,000 bikers participating. The run is a great way to help children have a good Christmas.