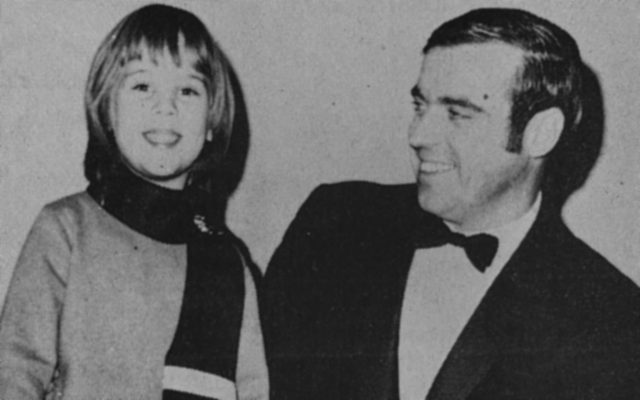 Yvonne Tardie • November 27, 2020
75 Years Ago -  Nov. 29, 1945 Captain Ketchum speaker at BPW meeting -- Capt. Paul F. Ketchum, Protestant chaplain at the local air base, was the guest speaker at the regular meeting of the Business and Professional Women’s Club held at the home of Edna Cook, president.

Captain Ketchum speaker at BPW meeting — Capt. Paul F. Ketchum, Protestant chaplain at the local air base, was the guest speaker at the regular meeting of the Business and Professional Women’s Club held at the home of Edna Cook, president.

Capt. Ketchum related his many interesting experiences during the time he was stationed in Central Africa, showing the group several pictures taken by him. He also described the costumes of the natives. The speaker was introduced by Miss Florina Dufour, program chairman. Mae Kierstead, delegate, gave a report of the state convention held in BAngor Nov. 23 and 24.

United Funds show $25,000 collected — Officials of the Presque Isle United Fund announced that nearly $25,000 had been recorded to date. This was the returns form about 75 percent of the chapter plan accounts and with less than 50 percent of the personal contacts completed. J. Patrick Gallagher, general chairman of the drive, said that a comparison with the previous year’s figures of companies yet to be heard from, showed about $10,000 outstanding in that phase, and the personal contact, being conducted by members of Rotary, Kiwanis and Lions, showed about $2,200 turned in to date, this phase usually contributed approximately $5,000 to $5,500 to the entire fund. The goal was $47,600 and was distributed to thirteen local and national agencies. Indications thus far indicated about $38,000 for a total unless forecasted totals were erroneous.

Goheen elected to mission board — Jean Goheen, 91, of Presque Isle, was elected a member of the board of directors of the overseas mission board of the United Church of Christ on Nov. 18. The election took place at the 161st annual meeting of the United Church Board of World Ministries. The board was the overseas missionary and relief agency of the two-million-member denomination, a union of Congregational Christian and Evangelical and Reformed churches. Mrs. Goheen, a former school teacher, a graduate of Colby Junior College and Boston University, was elected a corporate member of the United Church Board for World Ministries in 1969.

Smith named director of Homeless Shelter — The Temporary Shelter for the Homeless, Inc, Board of Directors appointed Brenda Smith of Presque Isle to be its first executive director. Smith began her duties on Nov. 13. In addition to being responsible for the overall operations and management of the shelter, Smith was in charge of “Project Sundown,” which is a homeless prevention program by HUD (Housing and Urban Development). She was the project director/case manager and also was responsible for the grant administration.

Check presentation — John Swanberg of the Aroostook County Federal Savings and Loan presented a check in the amount of $500 to Sharon Hedrich, director of the Battered Women’s Project in Presque Isle, in the presence of Melanie Stewart of the Aroostook County Board of Realtors (ACBR). The ACBR matched all donations given on behalf of the REaltors for Affordable Housing program.

The Caribou City Council has voted to permit the city manager to hire a private investigator to look into the leak of former mayor Mark Goughan’s resignation letter to a social media page.
Pets END_OF_DOCUMENT_TOKEN_TO_BE_REPLACED