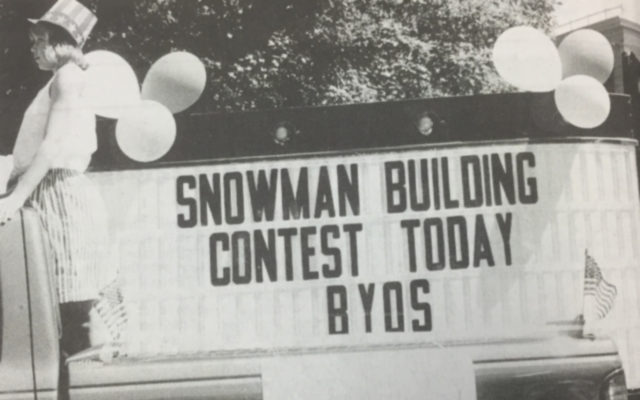 Beth Lacombe, Special to The County • December 2, 2020
100 Years Ago - Dec. 9, 1920 New owner -- Alton C. Titcomb has purchased the business of the Houlton Ice and Coal Co. with offices in the Times Building and took possession on Dec. 1.

New owner — Alton C. Titcomb has purchased the business of the Houlton Ice and Coal Co. with offices in the Times Building and took possession on Dec. 1.

L.E. MacNair buys Pennington Co. — The new owner to conduct the firm under own name. Leonard MacNair, for the past eight years sales manager of the Geo Rennington Company here, this week became the sole owner of the firm following the purchase yesterday from the estate of assets.

Savings Bank to sponsor contest — Prizes will be offered for posters about thrift. The Houlton Savings Bank, always interested in starting young people thinking of thrift, is sponsoring a Thrift Poster Contest for pupils in Houlton High School. All the posters will be displayed in the bank lobby so that Houlton people may see the talent of the youngsters. First prize will be $100, $50 for second place prize, $25 for third place.

New rink — Houlton has a new skating rink. ON display is a new 52×24 foot Ward Cabin building that will house skaters during the winter months. There are also newly constructed “hockey boards” along with numerous pieces of equipment used to make and maintain ice. The Houlton Parks and Recreation Department, along with the Ward Cabin Co. will hold an open house on December 17 at the new Community Park Skating Rink.

Booth display — The Sunshine Club of New Limerick was one of several organizations to display holiday items for sale at the Community Christmas Fair Friday at the Northeastland Hotel, sponsored by the Houlton Jaycees wifes.

Draped art — The Shiretown Bakery joined organizations all over the world in observing the eighth annual World AIDS Day on Dec. 1st. A collection of photographs were draped with a cloth for “A Day Without Art.” The event was intended to express grief over and disseminate information about the continuing AIDS epidemic. The loss of art on that day symbolizes the loss of lives from the disease.