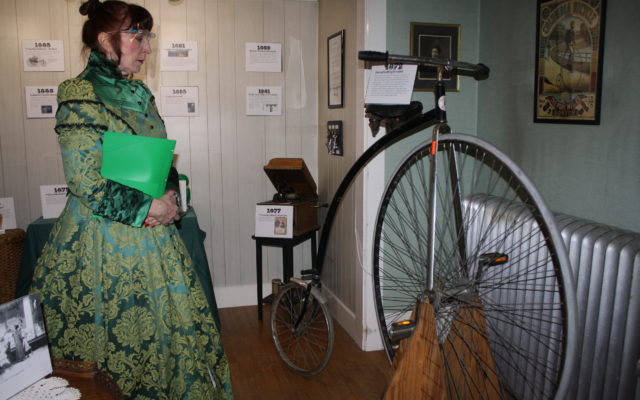 Melissa Lizotte • December 14, 2020
The Presque Isle Historical Society transported people back in time to the Victorian Era, a time that introduced an array of inventions that still exist in some form today.

PRESQUE ISLE, Maine — This year, the Presque Isle Historical Society transported people back in time to the Victorian Era, a time that introduced an array of inventions that still exist in some form today.

On Dec. 11 and 12, Historical Society Treasurer/Secretary Kim Smith led guests on a tour of the Vera Estey House on Third Street. In keeping with the tour’s traditions, the home’s middle parlor featured a unique exhibit: “The Inventions of the Victorian Era.”

Over 40 inventions that came from the Victorian Era were featured, including an 1872 Penny Farthing bicycle loaned to the tour by Kevin McCartney, owner of the Old Iron Inn Bed and Breakfast in Caribou. The bicycle features a large wheel in front and a much smaller wheel in back. Though the bicycle’s design has not been as popular in the present day, its legacy still persists.

“The Penny Farthing led to the birth of bicycle racing as a sport,” Smith said, as she led guests through the parlor.

Numerous inventions from the Victorian era, which lasted from 1837 to 1901, either still exist today or led to more modern inventions, including the typewriter, the first comic book, bowling pins, the phonograph, chocolate Easter eggs, the light bulb, sewing machines, paper clips, staplers and the electric railway.

Today, Smith explained, the TV series “Dr. Who” has made one Victorian-era invention popular again: jelly babies. The fruit juice-based candies are said to have been invented by an Australian immigrant in England in 1864. The candies have the appearance of plump babies and come in the colors green, yellow, red, orange and purple.

“All of them look like they are standing up, except for the green one known as ‘Boofuls,’” Smith said. “That one has his hand over his face and looks like he’s crying.”

Chris Staples of Presque Isle attended the Friday evening tour and said that he looks forward to coming to the Estey House every holiday season.

“It’s fascinating to hear about what Christmas traditions carried over to today,” Staples said.

Many Christmas traditions that people celebrate today originated in the Victorian era. In 1874, Macy’s became the first department store in the United States to feature holiday-themed window displays. They also introduced extended shopping hours on Christmas Eve and featured the first Santa Claus that visited with children and asked what they wanted for Christmas.

That era also produced the modern-day image of and ideas surrounding Santa Claus. From around 1866 to the 1880s, political cartoonist Thomas Nast published a series of engravings in the magazine “Harper’s Weekly” that featured Santa Claus in a red suit, reading letters from children, writing in his “naughty and nice list” and overseeing the elves in his workshop.

As she told guests about the origins of Santa Claus in the Estey House’s front parlor, Smith pointed out many early Christmas cards, which had featured a noticeably different character.

“There were images of Santa Claus in gold, green, or blue. All the images we think of today came from the Victorian Era with Nast’s concepts,” Smith said.

Upstairs in the Estey House’s back bedroom, Smith showcased the peppermint pig. The peppermint candy is shaped like a pig and was traditionally placed in a velvet pouch. Every Christmas, the head of a household would state one prosperous event that had happened that year and take off a sliver of the “pig” with a hammer.

“It was supposed to bring about good fortune in the following year,” Smith said, about the tradition.

Even without a peppermint pig tradition, many folks will be hoping for a better year in 2021, due to the havoc that the COVID-19 pandemic has brought about. In keeping with CDC guidelines, this year’s Victorian Christmas tour featured only one tour guide and no costumed interpreters in the house’s rooms. The small group of guests also maintained social distancing.

Nonetheless, Smith said, the historical society knew that holding the tour, now in its fifth year, would be an important tradition to continue for the community.

“We all need a little magic in our lives right now and Christmas has always been magical,” Smith said. “While the tour is educational, it’s also fun and it transports us all to a beautiful, magical place, if only for a short time.” 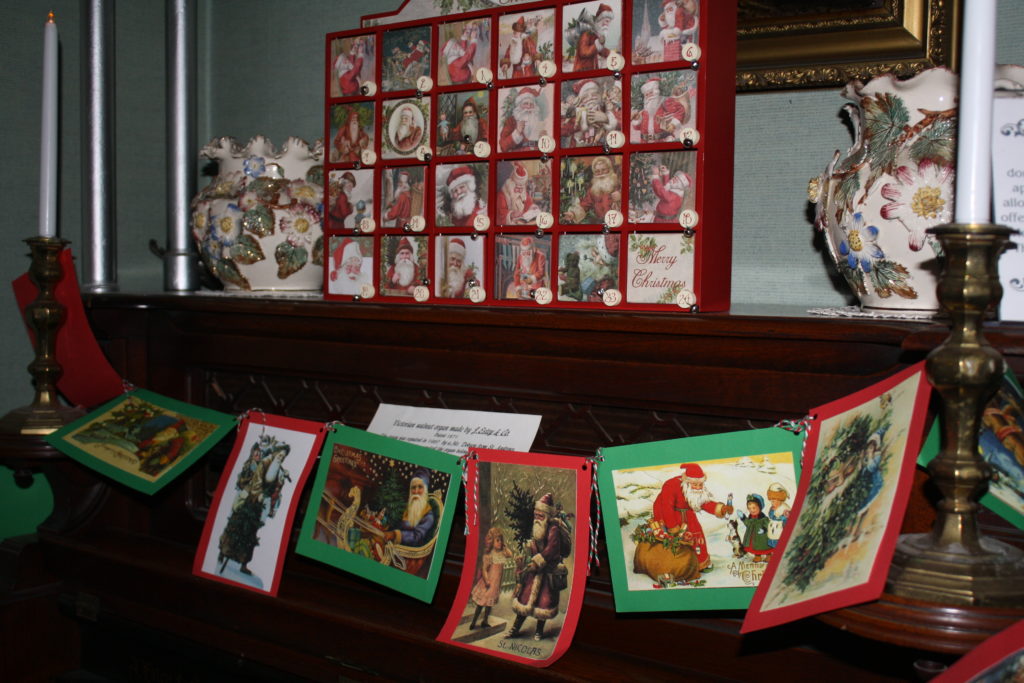 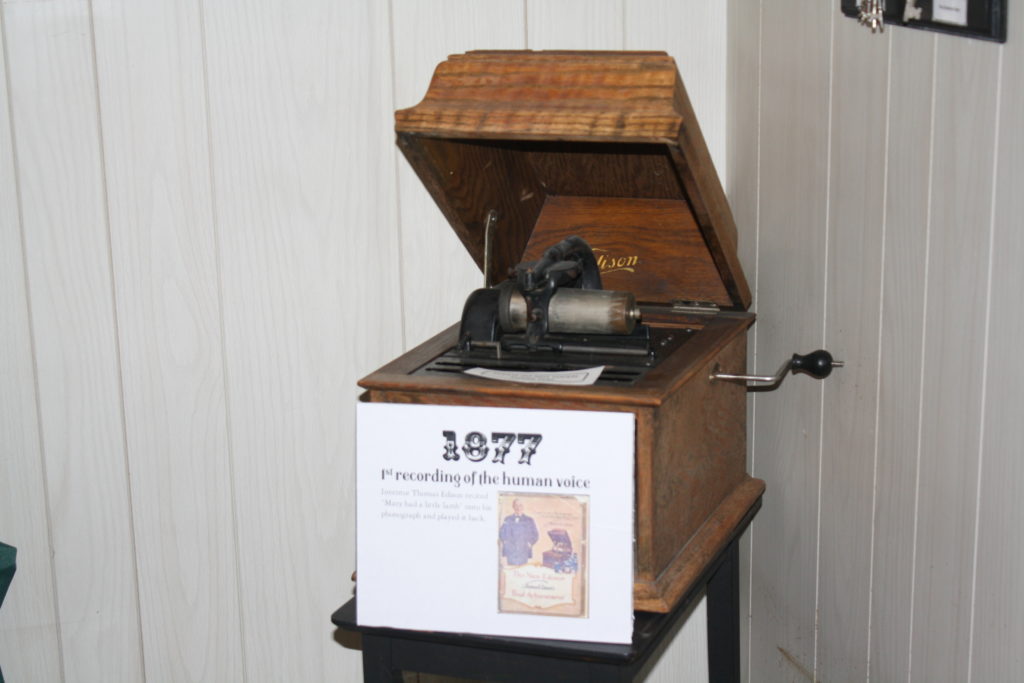 The phonograph, used for the first recording of a human voice, was invented in 1877, one of numerous inventions to come from the Victorian era. (Melissa Lizotte | The Star Herald) 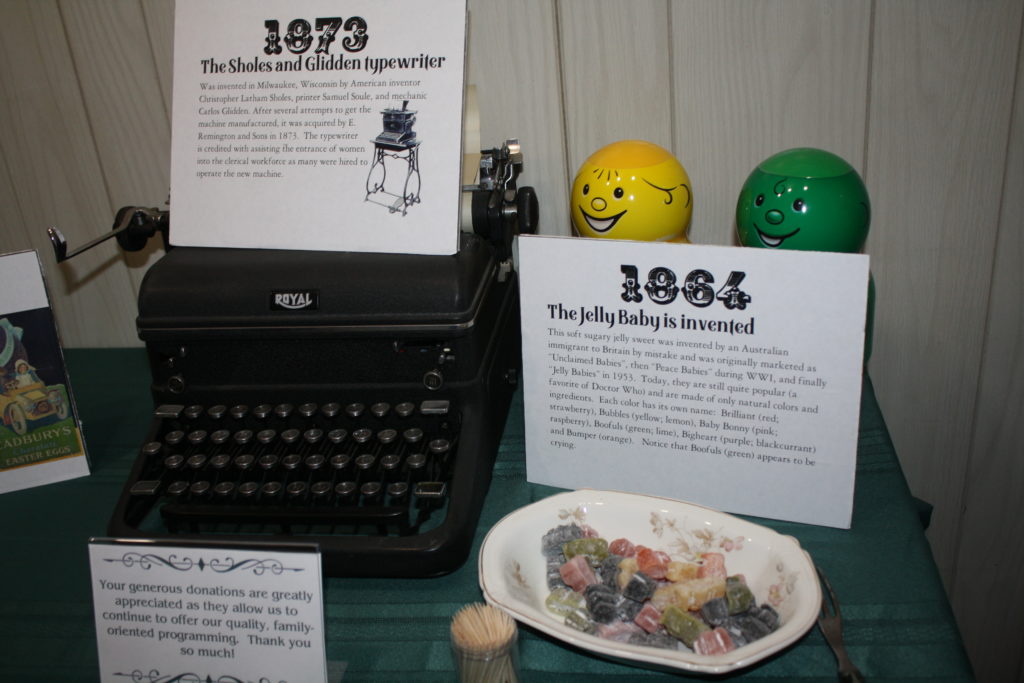 An exhibit at the Vera Estey House features “The Inventions of the Victorian Era,” including the typewriter and jelly babies. (Melissa Lizotte | The Star Herald) 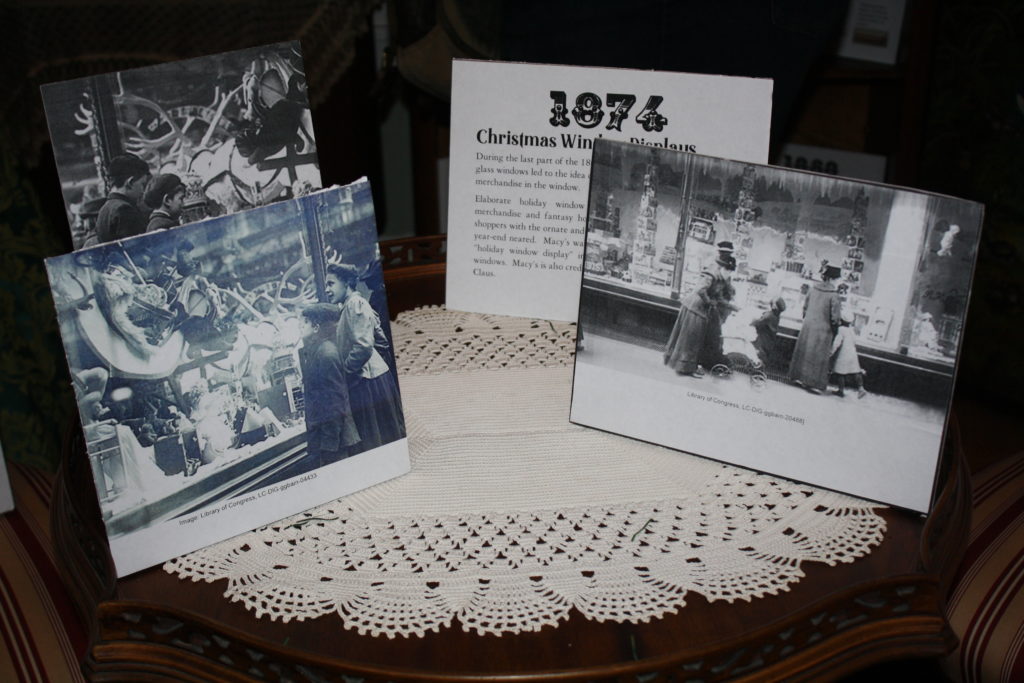 The exhibit “Inventions of the Victorian Era” at the Vera Estey House showcases photographs of the first holiday window displays at Macy’s department stores. (Melissa Lizotte | The Star Herald) 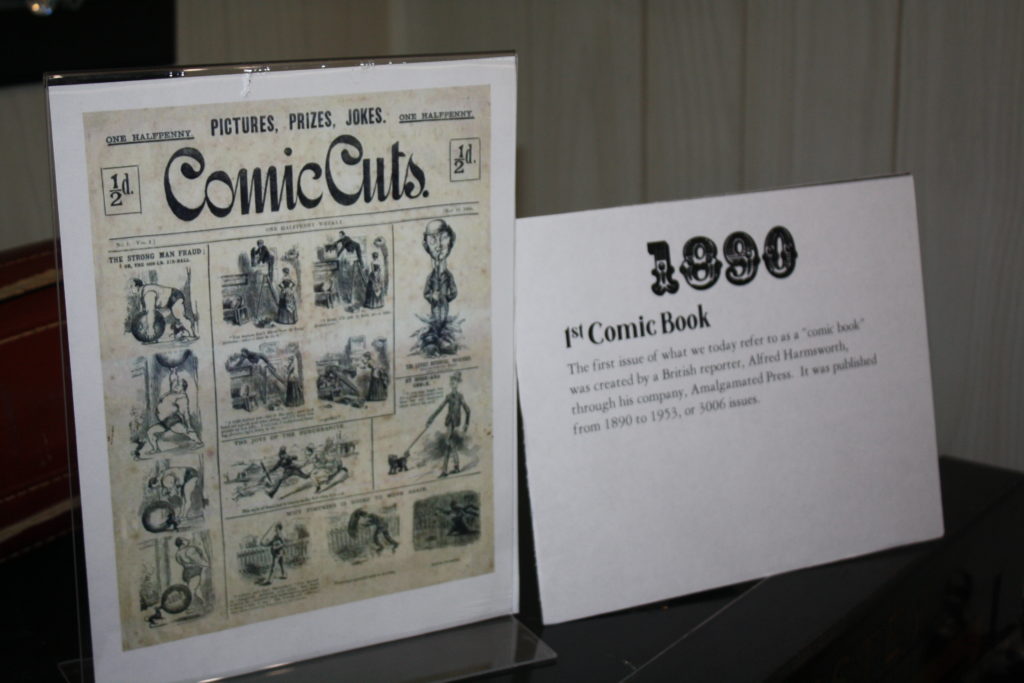 This year’s Christmas exhibit at the Vera Estey House features inventions of the Victorian era, including the first comic book published in 1890. (Melissa Lizotte | The Star Herald) 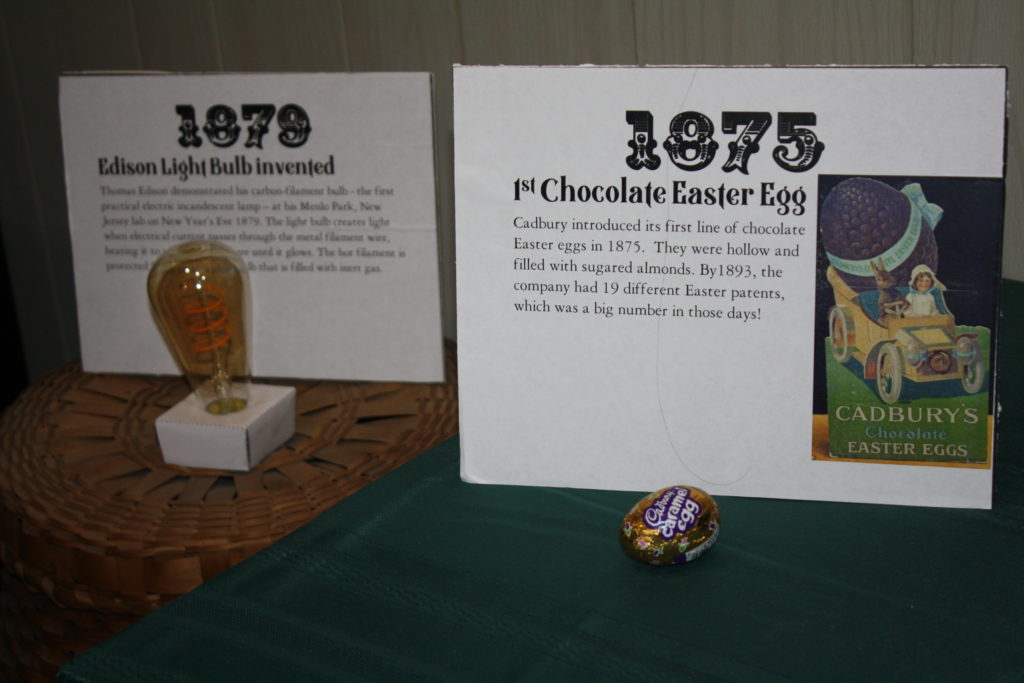 The light bulb (left) and chocolate Easter eggs are two of many inventions that came from the Victorian era and are featured at the Vera Estey House. (Melissa Lizotte | The Star Herald)