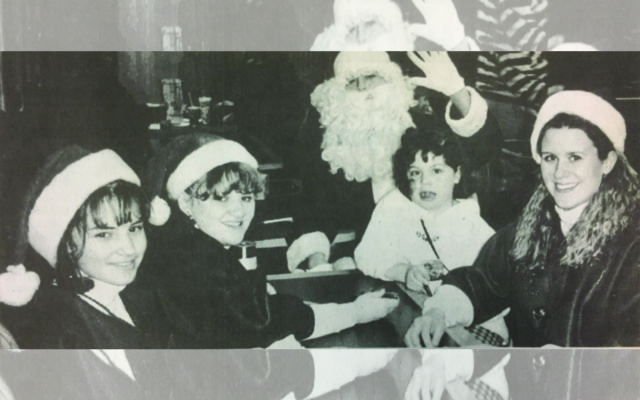 Beth Lacombe, Special to The County • December 16, 2020
100 Years Ago - Dec. 23, 1920 Accountant -- Fred Shaw of the Sheen Accounting Corp. has been in Washington for the past six weeks taking a special course in Income Tax procedures.

Accountant — Fred Shaw of the Sheen Accounting Corp. has been in Washington for the past six weeks taking a special course in Income Tax procedures.

Vaults — P.F. Aldred, representing the Remington Sherman Co. Safe manufacturers, was in town last week going over the vaults of the Houlton Trust Co. and seeing that they are working properly.

Asa Roach will practice law here — Asa Roach will become associated with T.V. Doherty in the law partnership of Doherty and Roach starting January 1st. He is a graduate of Merrill High School.

New Postmaster — Mrs. Susie Corliss has been appointed Postmaster of Sherman Mills, according to William Bolger, regional director of the U.S. Postal Service. Mrs. Corliss was first hired in 1935 and has continued there since 1946.

Safety Award — Trooper Edward L. Lathers, Traffic Division of the Maine State Police, presented a pedestrian safety award to Houlton Police Chief Donald Dow. The award, from 1969, is given to municipalities achieving a record of having no pedestrian fatalities that year.

Tasty House — Gayle Cyr was this year’s age 14 and over winner of the Vose Peabody Gingerbread House Contest on Saturday. Other winners in the same category were Cathy Bither, second place and Freda Kramer, was third. Presenting the awards was Vose/Peabody owner/manager Greg Swallow.

Safety First — Students at Houlton Elementary School were recently reminded of how to react in case of a fire. With help from the Houlton Fire Department, the students were brought into a room filled with simulated smoke, that it is non-toxic to children. The students went with a firefighter inside, then used what they learned about exiting burning buildings to get to safety. The fire departments use the drill to remind children of fire safety, especially around the holiday season.

The Caribou City Council has voted to permit the city manager to hire a private investigator to look into the leak of former mayor Mark Goughan’s resignation letter to a social media page.
Pets END_OF_DOCUMENT_TOKEN_TO_BE_REPLACED