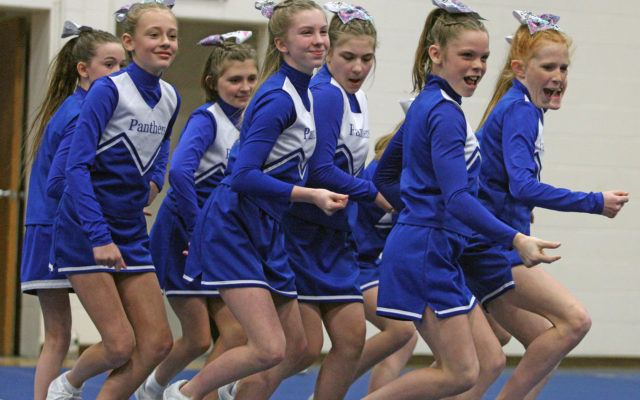 Editor’s Note: The following is the first of two articles highlighting some of the top sports stories from 2020. This article highlights events from January to June.

On Jan. 14, Gage Letourneau of the Presque Isle High School hockey team scored his 100th career point in a game against Houlton-Hodgdon-Southern Aroostook-Katahdin, becoming the second player on the squad to reach the milestone that season after Connor DeMerchant did so on Dec. 13. 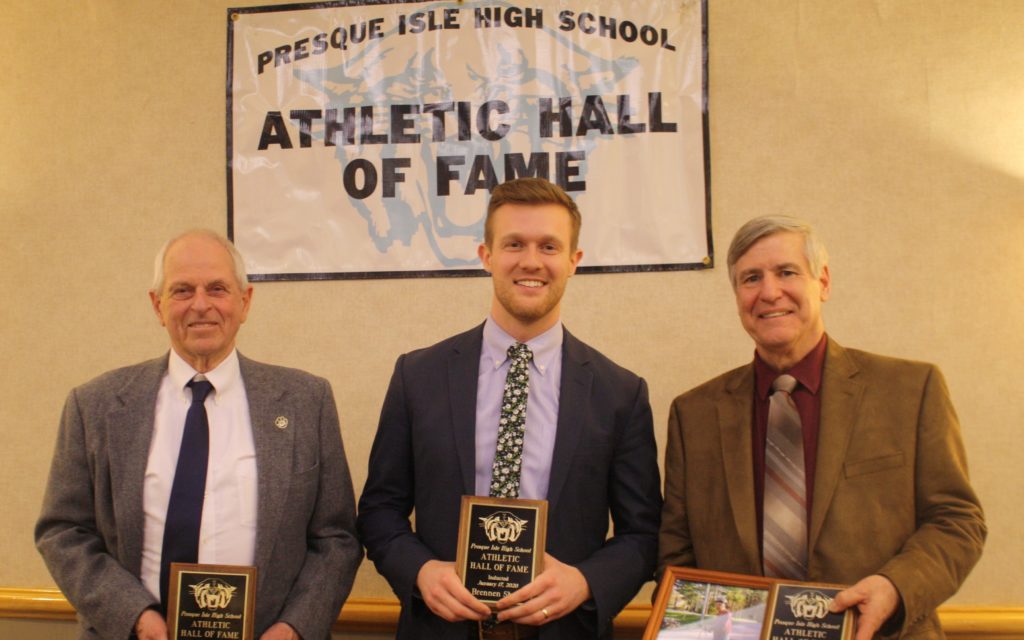 Two coaches and a player with long histories in Presque Isle sports became the newest members of the Presque Isle High School Athletic Hall of Fame on Jan. 17. Dave Maxcy, Brennen Shaw and C. Med Cotton were inducted in a ceremony during an event at the Northeastland Hotel in Presque Isle. 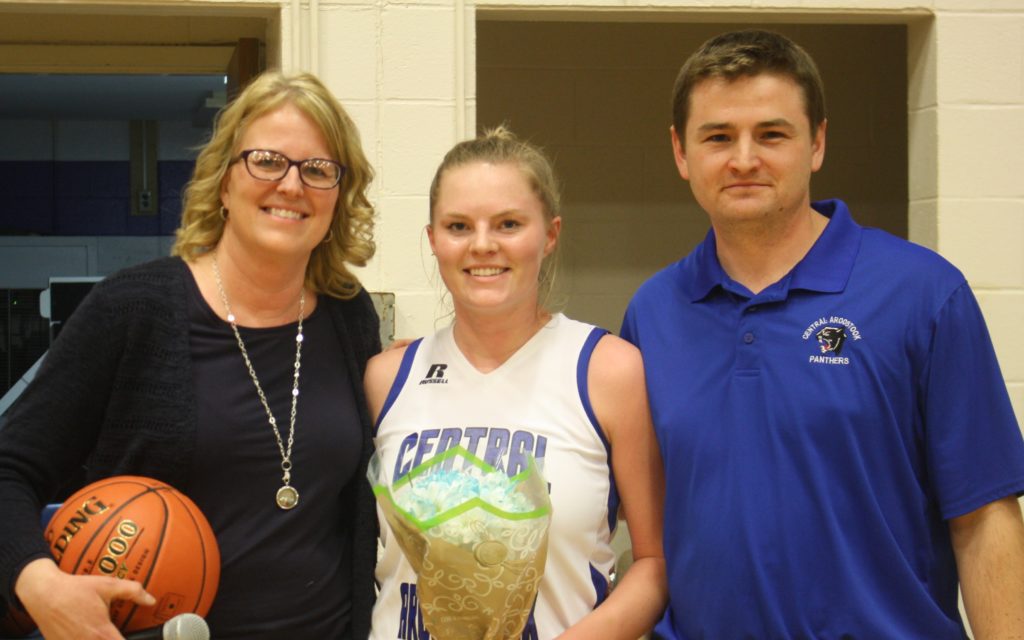 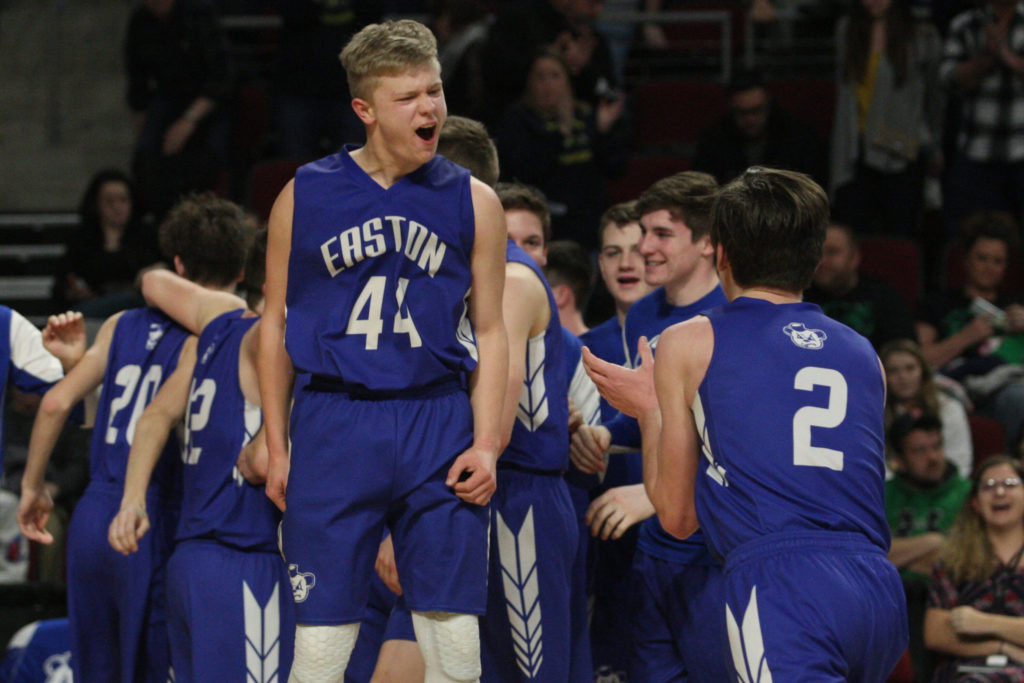 Easton’s Austin Carver leaps into the air in jubilation as the Easton boys upset Van Buren 56-48 during the Class D North quarterfinal on Feb. 17 at the Cross Insurance Center in Bangor. (Joseph Cyr | Houlton Pioneer Times)

The Fort Fairfield boys basketball team defeated Penobscot Valley 70-53 in a Class C North preliminary contest. With the win, the Tigers advanced to a quarterfinal in which it would face George Stevens Academy.

The Dexter boys basketball team defeated the top-ranked Central Aroostook High School team in the Class C North championship 50-48 after a controversial buzzer-beater call. Video produced after the game seemed to suggest that a 3-pointer from Dexter player Parker Ponte may have left his hand after time expired and should not have been counted. The game ignited debate about instituting instant replay in Maine high school sports.

The Central Aroostook girls basketball team upset Dexter 35-32 in the Class C North girls semifinal game in Bangor. Central Aroostook, who was a sixth seed, squeaked past No. 2 seed Dexter in a nail-biter. They proceeded to defeat Winthrop 67-61, winning the Class C girls state championship, their first state title in 38 years. 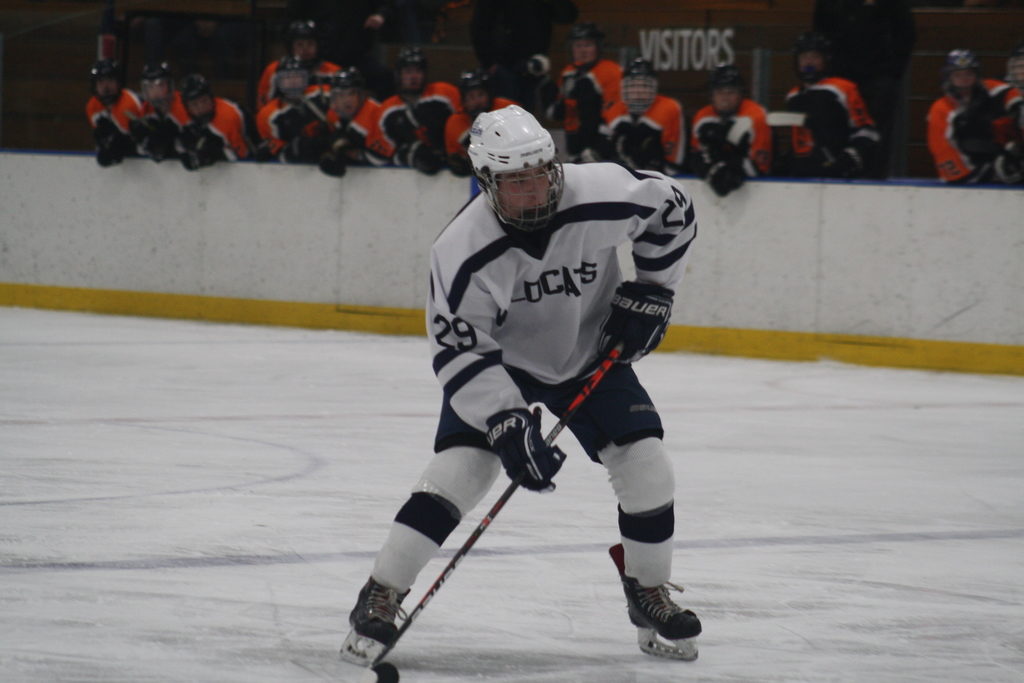 Presque Isle hockey player Carter Jackson plays in the Class B North quarterfinal against Gardiner in May. (David Marino Jr. | The Star-Herald)

The Presque Isle High School hockey team defeated Hampden Academy 4-1 in the Class B North semifinals at Colby College in Waterville, in what was seen as an upset by the Wildcats against a division-leading team with only one loss on the season.

Easton named Bryan Shaw as the newest athletic director for the school, replacing Easton Junior/Senior High School Principal Mark Stanley in the position. Shaw was already a soccer and high school coach in the district.