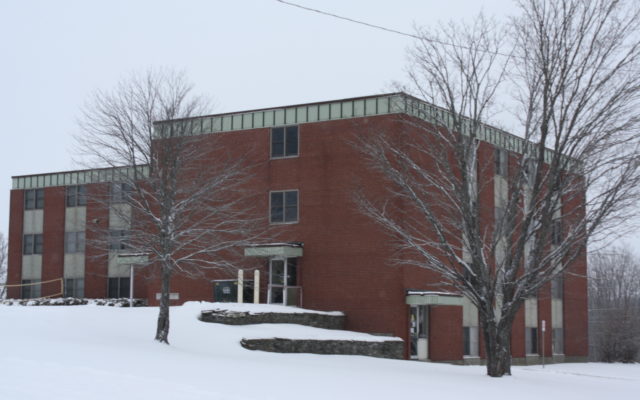 Melissa Lizotte • January 19, 2021
With a system-wide plan for universal testing in place and a potential vaccine distribution in sight, leaders at the University of Maine at Presque Isle are confident in their ability to navigate the upcoming semester despite the ongoing pandemic-related challenges.

PRESQUE ISLE, Maine — With a system-wide plan for universal testing in place and a potential vaccine distribution in sight, leaders at the University of Maine at Presque Isle are confident in their ability to navigate the upcoming semester despite the ongoing pandemic-related challenges.

As part of a partnership with Shield T-3, a COVID-19 testing system based in the University of Illinois System, UMaine system campuses will test students, faculty and staff members daily starting Feb. 1, regardless of whether they are showing symptoms.

The flagship campus in Orono will be home to a mobile testing lab that will return results within 12 hours as opposed to the current 24 to 48 hours.

While some student athletes returned to UMPI last weekend, the majority of students are set to arrive on Jan. 20 and 21 and will be tested immediately. All classes begin Monday, Jan. 25, a week later due to the UMaine System’s cancellation of spring break.

President Ray Rice said that the 99.8 to 99.9 percent accuracy rate and speed of the Shield T-3 testing will allow people to know with more certainty what their results are and take action quickly if they test positive.

“It will allow everyone to get their results the same day they’re tested,” Rice said. “That’s especially important for athletes who test on Friday and need to know results before a game or meet on Saturday.”

UMPI’s testing plan will involve residence hall students being tested on Mondays and Tuesdays, faculty and staff members on Wednesdays and Thursdays and all athletes on Fridays before weekend competitions. Both the men’s and women’s basketball teams will play a shorter season of five or six games each and only travel to college campuses in Maine.

As with the fall semester, anyone who tests positive will isolate until testing negative.

For any residence hall students who test positive, this would mean isolating in UMPI’s Park Hall, one of three residence halls on campus. UMPI will continue to place students who want to live on campus in Emerson and Merriman Hall instead, to keep Park Hall as the official isolation location for those with positive results.

Currently UMPI expects at least one third of its student population to attend in-person classes, which is close to the same number for the fall 2020 semester. Other students have opted for distance education, where they either take online classes or tune in to live classes via Zoom. Despite the pandemic, UMPI expects to see at least a 10 percent increase in spring student enrollment compared to spring 2020.

Rice noted that the students who have chosen to return to campus feel safe doing so because of UMPI’s virus protocols. Like the fall semester, people taking in-person classes will maintain six-foot distancing, wear masks and wipe down desks and materials before leaving.

“Those students prefer face-to-face classes as long as it’s safe, so our goal continues to be making sure they have those learning opportunities,” Rice said.

Rice anticipates more conversations later in the spring between the UMaine System, CDC officials and the governor’s office about whether college students, faculty and staff members can be considered for the COVID-19 vaccine once other vulnerable populations have gone first. Plans have not yet been made but UMPI has agreed to serve as a community vaccination site.

As early as December UMPI began planning for another virtual commencement ceremony, set to take place on May 8. Rice said that UMPI would only consider an in-person ceremony if there was a significant downward trend in cases and looser restrictions on indoor gatherings.

One notable difference between the fall and spring semesters will be the COVID-19 case trends for Aroostook County. Throughout most of the fall semester, Aroostook did not see the level of cases that more urban Maine communities have experienced. But that changed in November when Aroostook saw 79 cases for that month, including four asymptomatic UMPI students who tested positive before the Thanksgiving transition to online learning.

Today, Aroostook County has more than 900 active cases, with hundreds located in Presque Isle, according to the Maine CDC.

Although that data continues to be concerning for UMPI officials, Rice said he expects the continued safety protocols and new testing procedure to greatly minimize the possibility of a large outbreak on campus.

“Even in the light of all that is happening, the safety measures we have in place put us in a good place,” Rice said.

Gubernatorial candidate John Glowa said that he wants to spur government reform that truly creates a system of, by and for the people when he visited Presque Isle City Hall.
Pets END_OF_DOCUMENT_TOKEN_TO_BE_REPLACED

There are so many types of personalities when it comes to pets.  “Shy” is a word that some folks use to describe cats and dogs who are fearful. Many times this “shyness” is a fear of strangers, but it can also be fear of being picked up and handled, new places or sudden movements or noises.
What's Happening This Week END_OF_DOCUMENT_TOKEN_TO_BE_REPLACED