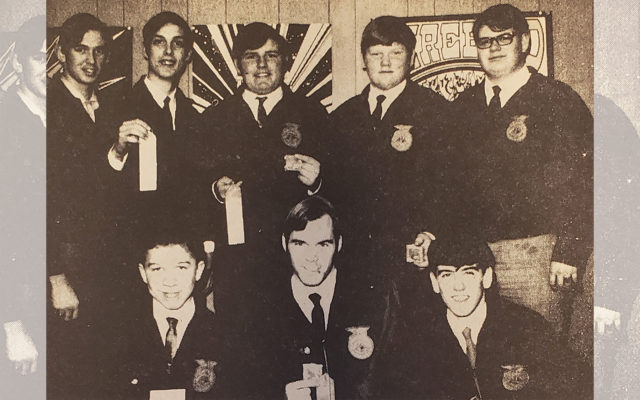 Lowe named Youth Corps leader — The Maine Youth Corps, a state program which is federally funded, hired Robert E. Lowe of Bangor as county leader for Aroostook County. The Youth Corps is a two phase program geared toward providing the youth of Maine, and in particular the disadvantaged youth, with the opportunity to participate in the development of the social and economic life of their communities and the state.

Mullen won crown — Donna J. Mullen, 22 years old, the daughter of Clarence W. Mullen Sr. of Blaine and Donna E. Kenney of Presque Isle, was crowned Ms. Maine Petite USA by Midwest Pageants. She was employed as a desk clerk at Shiretown Motor Inn, a Certified Nurses Assistant and planned to continue her education in the medical field. The Petite Pageant System is especially designed for women between the ages 18-29 who are 5-feet 6-inches and under. The Midwest Pageant finals were held in Kansas City, Missouri. Mullen was actively involved in many pageants and held the state title in 1993-94 for American Petite as Miss Petite Maine. Mullen was also involved in Easter Seals, Central Aroostook Humane Society and a volunteer for ASSE,  a prominent foreign exchange program.

Proud medalists — Seven area athletes were awarded medals after participating in the cross country skiing competition at the 26th annual Maine Special Olympics Winter Games, held Jan. 29 and 30 at Sugarloaf U.S.A. Those receiving medals were: Laurie Coffin of Presque Isle, Jon Robertson of Caribou, and Steve Kistner of Caribou, receiving a Gold medal each; Beth Flannery of Fort Fairfield, Silver;  Donna Dodd of Fort Fairfield, and Steve Michaud of Presque Isle, Bronze; and Rodney Corey, Presque Isle, fourth. The team was coached by Irene Dafonte of Easton and Katie Endy of Mars Hill. According to Dafonte, the three gold medals were the most won by the area team in their five years of competition.