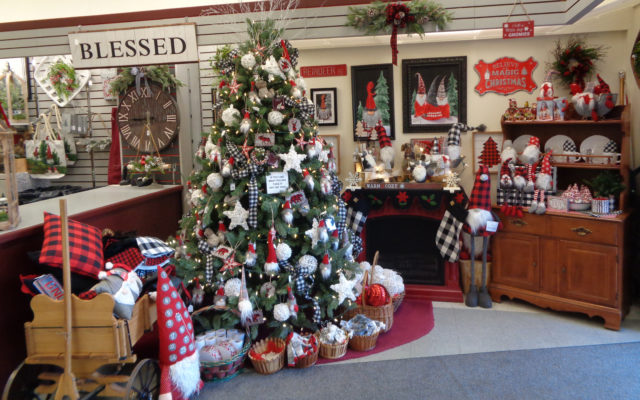 “I had been a secretary for over 35 years,” she said, “and it just didn’t feel like I was able to be creative with my job. I think it was more out of necessity for myself; I needed to do something where I could be more creative.”

At first, she said the store primarily offered country-themed home decor, but over the years it evolved into a business with a plethora of unique offerings.

“It’s just become kind of eclectic,” she said. “I started selling scarves and jewelry mainly because of closings of other stores in the area, and then people were looking for gift items so I decided to start selling jewelry and gift cards.”

When she first opened the store with her husband in 2010, she said many businesses were still hurting from the 2008 recession.

“We kind of  joked about it and said, if we can start a store with the way things are now, then we can weather anything — and we have,” Sutherland said.

As a result, she said the early days were among the most difficult. 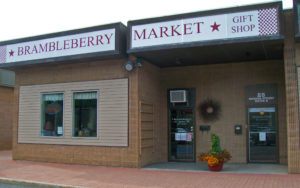 Brambleberry Market in Caribou celebrated its 10-year anniversary in business on Dec. 10, 2020. (Courtesy of Debbie Sutherland)

Last year, the business was hit hard when the COVID-19 pandemic led to a lockdown lasting nearly two months.

“I was closed for seven weeks,” Sutherland said. “It was one of the most difficult times during my business career. We had a business with many beautiful items to sell, and it couldn’t be opened, and I wasn’t in a position to do online sales because I wasn’t set up for it. I lost a lot of money during that time.”

During the lockdown, Sutherland said she was able to prepare the store for future visitors by installing a plexiglass barrier, hand sanitizing machine, and purchasing sanitizing wipes.

And throughout good times and challenging times, Sutherland has taken on the bulk of the work herself.

“About 75 percent of the time it’s just me here,” she said. “I think that contributes to the success of my store, because I don’t have a payroll.”

Sutherland said she has a volunteer who occasionally helps out, and two additional volunteers who come during the holiday season, which she said is by far the busiest time for the store.

During the fourth quarter, Sutherland said the store’s inventory nearly doubles as customers purchase gifts and cards for family and loved ones.

Aside from the extra volunteer assistance during Christmas rush, Sutherland said it’s mostly just her in the store on a regular basis.

“I do everything from ordering, unpacking, pricing, displaying, dusting, washing the floors, and cleaning the bathrooms — all of that stuff,” she said.

Sutherland said the store has products from about 200 different vendors, many of which are based locally.

“We have some local syrup, we also offer Paul Cyr’s book and his calendar, and another calendar from Crown of Maine productions. This year I’ve also started offering two books from Kathryn Olmstead.”

In addition to supporting local artists, writers, and crafters through selling their products, Brambleberry Market is actively involved in the community.

“A lot of us local businesses have contributed to local clubs, hospitals, high school functions, Project Grad, and have donated towards purchasing equipment for a hospital or to benefits for local people with cancer or who have lost their homes to a fire,” she said.

“Which is something that Amazon doesn’t do,” Sutherland said.