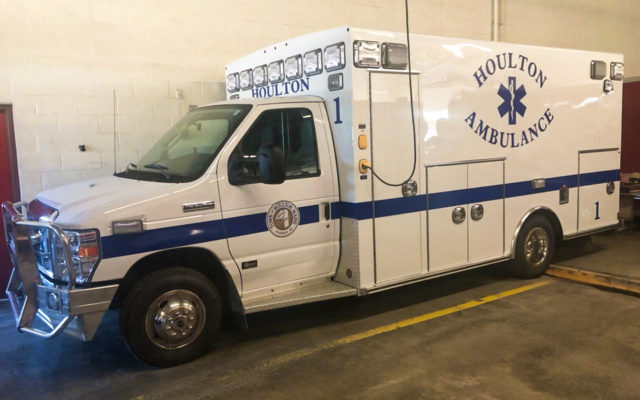 Alexander MacDougall • February 16, 2021
Several of the towns that discussed forming an independent ambulance service after Houlton increased its fees have decided to pay Houlton for the coming fiscal year. Others have asked for an extension until their town meetings are held.

HOULTON, Maine — Several of the towns that discussed forming an independent ambulance service after Houlton increased its fees have decided to pay Houlton for the coming fiscal year. Others have asked for an extension until their town meetings are held.

Southern Aroostook towns initially objected to the increased fees to keep using Houlton’s ambulance service. Some of the towns would pay five times more than they did last year.

The towns of Smyrna and Merrill have paid the increased ambulance rates for the 2021 fiscal year, Marian Anderson, town manager for Houlton, said. The town of Ludlow has partially paid, and requested the rest be paid following its town meeting. The towns of Amity, Linneus and New Limerick have also requested to pay after their town meetings.

At the Houlton town council meeting held on Monday, Feb. 8, Houlton Fire Chief Milton Cone also presented several documents providing further detail into the ambulance costs. He also had data regarding the number of service calls sent to each town and how much each town paid in the year 2020, along with their remaining current balance. This information was also shared with the other southern Aroostook towns, according to Anderson.

“We provided the information they asked because they are our friends and neighbors, and we want to be as transparent as we can be,” Anderson said. “Their partnership with us is important.”

While Houlton had more than 1,200 ambulance calls in 2020 within its town limits, no other southern Aroostook town had more than 100 calls, according to the data provided by Cone. The next closest town in terms of service calls was Littleton with 72, followed by Hodgdon with 70 and Amity with 56.

In total, more than 70 percent of ambulance calls made last year were within the town of Houlton.

Southern Aroostook towns initially raised concerns after Houlton told them that the ambulance service rates would be increased from $16.47 per capita to $74 per capita. The rate hike would leave some towns paying an estimated five times as much as they were the previous year. In the information provided at the latest Houlton council meeting, the towns collectively paid $128,000 in ambulance rates last year.

In response, all of the towns with the exception of Houlton met in Oakfield on Jan. 21 to discuss the possibility of forming their own ambulance, as is already done in the town of Island Falls.

Though there was no binding resolution, the towns all expressed interest in forming their own ambulance service and an exploratory committee to look into the idea at the conclusion of the meeting. Anderson said she had not heard from any of the towns on the matter since, save for the towns that had notified Houlton that they had agreed to pay for this year.