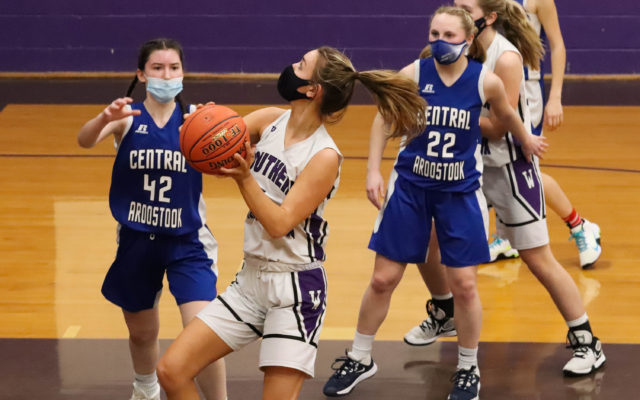 Alexander MacDougall • February 16, 2021
The weather outside may have been cold and snowy, but the Southern Aroostook girls team brought the heat indoors, as they put on an impressive display of offense and defense against visiting Central Aroostook of Mars Hill for a 66-31 victory Monday night.

DYER BROOK, Maine — The weather outside may have been cold and snowy, but the Southern Aroostook girls team brought the heat indoors, as they put on an impressive display of offense and defense against visiting Central Aroostook of Mars Hill for a 66-31 victory Monday night.

Southern Aroostook was led by Madison Russell, who scored 24 of the team’s total points. Cami and Madison Shields also had double digit scoring each, with 17 and 11 points, respectively.

But head coach Cliff Urquhart credited the team’s defensive play as the main reason behind the victory.

“I thought our kids played well defensively tonight,” Urquhart said. “That tells the story of the game.” 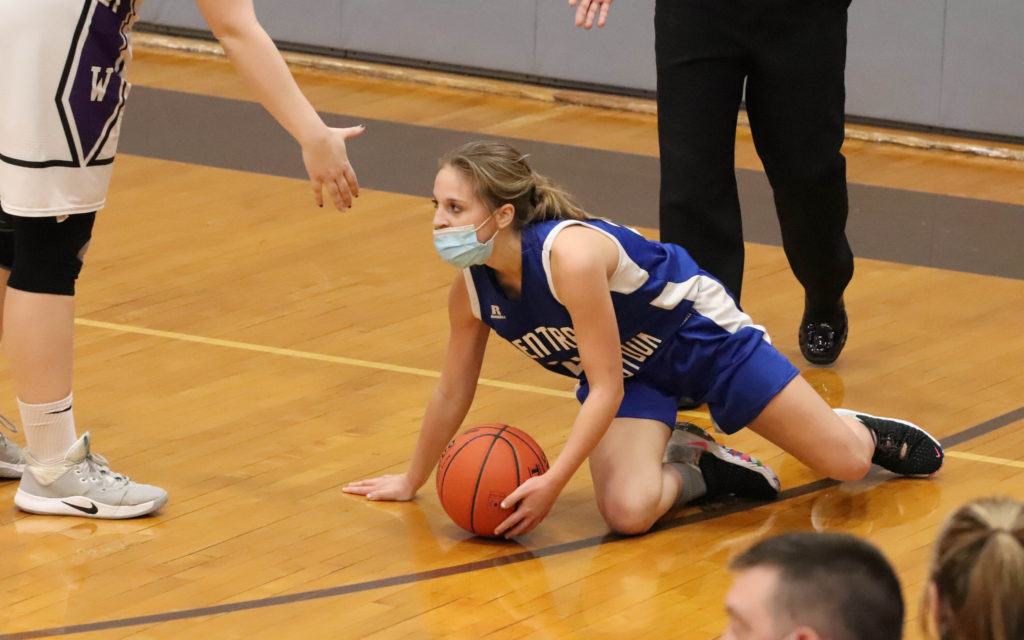 Central Aroostook’s Izabel Pryor gets up from the floor after fighting for the ball, as a Southern Aroostook player offers a hand. (Alexander MacDougall | Houlton Pioneer Times)

For Central Aroostook, the team’s points came from Abby Haines, who had three 3-pointers and a total of 11 points. Maci Beals, Kira Fitzherbert and Libby Grass also scored for the Panthers.

Central Aroostook coach Dylan Kingsbury said that despite the loss, the team played hard and was focused on navigating through a markedly different season resulting from changes made necessary by the COVID-19 protocols, such as having to wear masks while playing and having no traditional statewide tournament.

“We’re trying to work through a weird year, and having three freshmen in the rotation,” he said. “I like the effort of my kids, but when you don’t make shots on a consistent basis, it’s hard to win against a good team.” 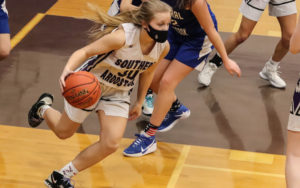 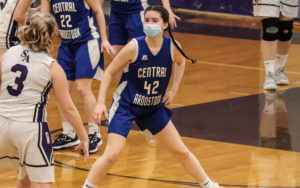