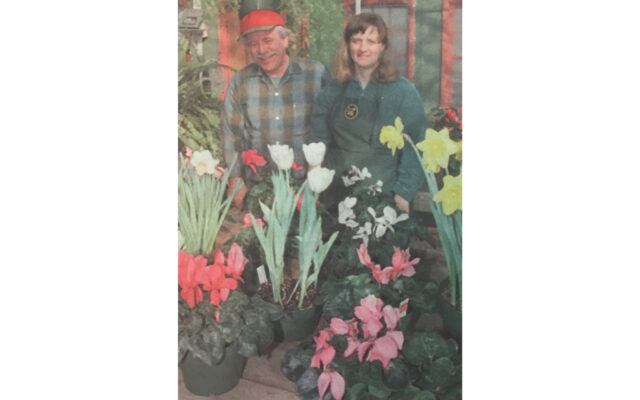 New look — The interior of the grocery store of Belyea & Currier is being treated to a new coat of paint. The work is being done by J.S. Pelcher and Russell Ahein.

Taxes — Freeman Davis of York Street stepped into the town office on Wednesday to pay his taxes. He was the first person to pay his taxes this year and has been the first taxpayer in Caribou for several years running.

Grocery store — Dan Daniels Grocery Store, or Daniel’s Market, will observe its 34th anniversary of being in business in Caribou the week of March 30-April 6. Manager Maurice Daniels stated that the store has had the celebration in mind for some time and has secured a large supply of scarce items for sale at the celebration.

Teacher plans retirement — After 38 years as an industrial arts and vocational agriculture teacher, Caribou High’s Philip Rogers plans to retire this spring. His decision will end a career spanning nearly four decades of educational service to the City of Caribou. Rogers has taught more than 4000 students throughout the years.

Parade — The Caribou Grizzlies, a fraternal group of local residents organized to promote the Bicentennial, is endeavoring to have Caribou’s Bicentennial Parade rescheduled from July 3 to July 5.

MicMacs lease center — The Aroostook Band of MicMacs proposal to occupy the former Corey Child Care Center at Loring for use of a Tribal Center was supported by Loring Development Authority of Maine trustees at the March 13 board meeting. The LDA Board authorized its President Brian Hamel to enter an interim lease agreement with the MicMacs to occupy a 43,000 square foot facility close to Loring.