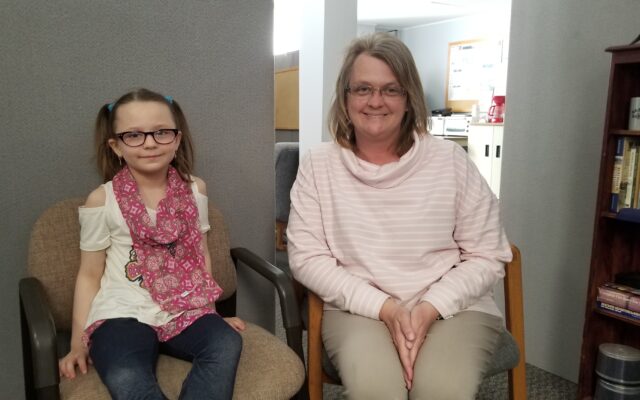 HOULTON, Maine — Sometimes when a youngster sets their sights on accomplishing a goal, miraculous things happen.

Such is the case for 7-year-old Kaitlyn Carpenter, a second-grader at Houlton Elementary School and the daughter of Kimberly and David Carpenter of Littleton.

Every spring for the past 20 years, students at Houlton Elementary and Southside schools raise money for the American Heart Association by participating in the “Kids Heart Challenge” event. The program was first brought to the school in 2001 by then-physical education teacher Shari Good, when it was known as the Jump Rope for Heart campaign.

“Katilyn has done an awesome job,” said Lainey Tarr, physical education instructor for Houlton Elementary School. “When we first started I asked [Kaitlyn] what she wanted her goal to be and she said ‘$1,000 but I probably won’t make it that high so maybe $500’. Well look at her go.”

Tarr added an extra incentive for students to raise money by agreeing to be “slimed” by the top-money raisers later this spring.

Carpenter smashed her personal goal by collecting a total of $1,205, the most ever raised by a single student in its 20-year history.

“We had never come close to a student raising $1,000 before,” Good explained. “Her accomplishments are incredible. And the program is a win-win for the district as the school often gets free physical education equipment and it teaches students how to help others.”

Tarr said students at both schools had to be a bit more cautious this year, with approaching people to ask for money, due to COVID-19. Many of the donations were made online.

“When the program went live, Katilyn immediately hit up all the teachers in her school and then she asked if we could go house-to-house,” Kimberly Carpenter said. “I explained we really couldn’t do that because of COVID, so instead we set up a page through Facebook and got donations that way.”

Donations came from near and far, the mother said. Some people gave $5, while others donated as much as $50. Donations also came from complete strangers from as far away as Texas and Tennessee.

Katilyn’s reasons for wanting to raise money for the cause were simple.

“It helps other kids have a healthy heart like me,” she said.

Members of the Houlton Band of Maliseets will head to the ballot box in order to determine who will be elected as their new tribal chief.
Pets END_OF_DOCUMENT_TOKEN_TO_BE_REPLACED