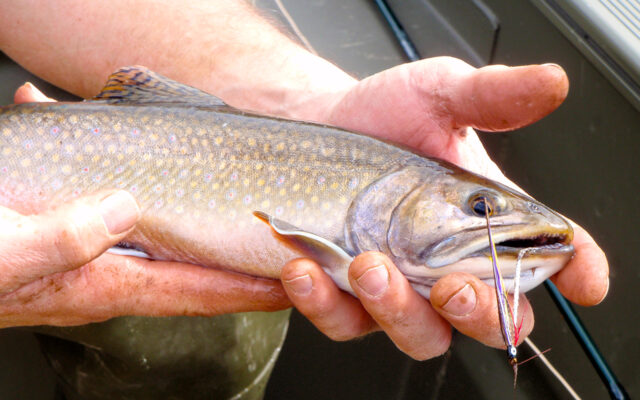 Bill Graves, Special to The County • April 29, 2021
For many Maine anglers, especially fly fishermen, spring trolling is the most anticipated season of the year.

For many Maine anglers, especially fly fishermen, spring trolling is the most anticipated season of the year.

After a long, cold winter with no open water opportunities, ice out trolling on regional lakes and ponds is a huge relief. Also, it’s often the most likely time of year to hook and boat a trophy trout or salmon on a fly. The downside is a mammoth number of boats on every waterway pulling a vast array of well-known streamer fly patterns in front of a finite number of fish.

Perhaps it’s time to increase your personal odds of fooling one of those large, old, well-educated wall-hangers into taking your tandem streamer; show them something new, maybe even a little different. To do this, it’s important to understand a few specific variations in fly patterns. Imitator flies are patterns that look like a bait fish, particularly a smelt, when they are pulled through the water. The second option is called an attractor pattern; this fly is comprised of brightly colored materials and actually doesn’t look like any terrestrial or aquatic species that fish eat.

To break the two styles of streamer flies down even further, both have specific well known and named patterns that are tied with feather wings while others use hair or fur for wing material. A handful even use a combination of feathers and bucktail, and even a few strands of synthetic material like Krystal Flash or Flashabou to add sparkle and animation to the fly. Strands of the shimmering material in the tail, wings and throat of a streamer give the impression of a real minnow as it moves through the water. 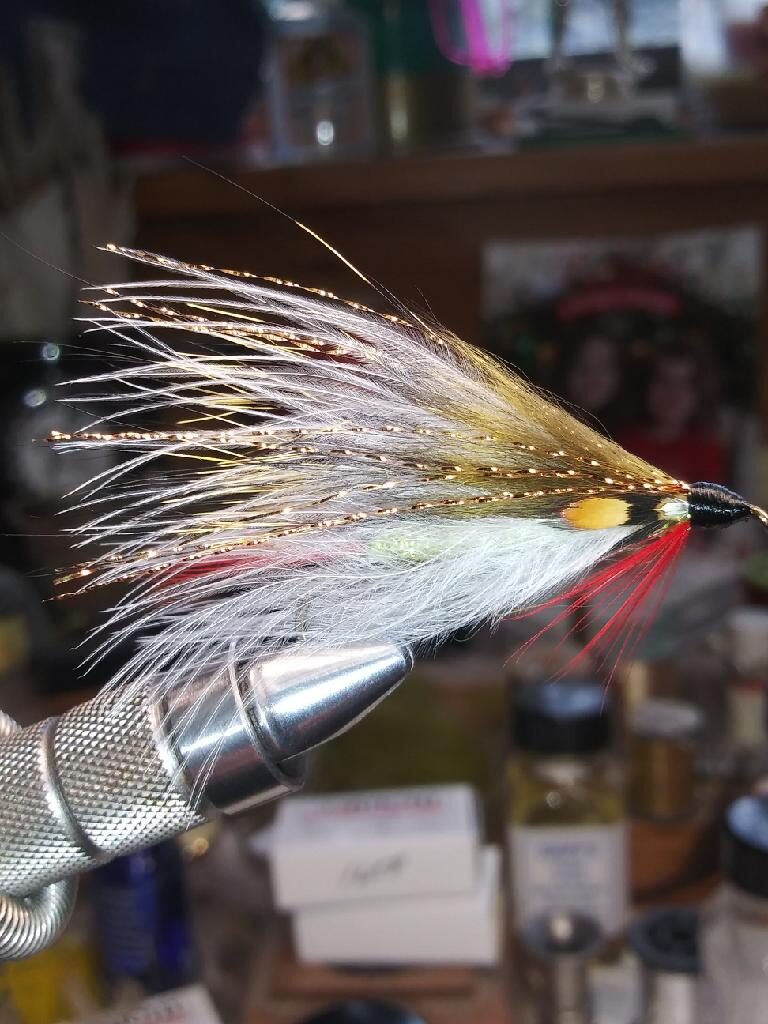 Using jungle cockeye feathers near the fly head and synthetic flashy fiber strips in the wing will add realism and flash to a streamer. (Courtesy of Bill Graves)

Tried and true bait fish imitations with feather wings include the famous Maine invented Gray Ghost by Carrie Stevens, a nine-three and a supervisor. Smelt and minnow replica flies using hair or bucktail wings are a black nose dace, little brook trout and Magog smelt. Colorful attractor patterns with feather wings that are old standbys are a red gray ghost, and Barn’s Special and gaudy hair wing models include a red and white bucktail, Mickey Finn and a warden’s worry.

Many anglers feel that if you can’t catch fish on this dozen age-old favorites, the fish just aren’t biting. I wonder if the older, larger trout and salmon haven’t seen these same flies so often they have become educated and perhaps need a new and different streamer to incite a strike. My old-timey leather fly wallet with its layers lined in soft, fuzzy felt hold several older patterns forgotten by most. Little seen and less used, I have tied most myself from old recipes in aging books, but guess what;-these tandem streamers often produce more strikes than many more popular modern patterns.

Sometimes I just make a couple of alterations in a few of the well known streamers, and it seems to make a difference. For example, painting an eye on the head really brings on a live appearance. Use a white dot of paint with a black or red center iris or a yellow eye with a black center. Using real jungle cockeye feathers as part of the cheek just behind the head of the streamer also adds realism. As I mentioned earlier just a half dozen or so strands of synthetic silver or pearl flash fibers in the tail, wing or throat of the fly gives a sparkle and motions just like a swimming minnow or smelt.

More than any other factor, however, is showing the fish a color combination they don’t see regularly. If you tie flies yourself or have a friend who does, it’s no problem creating these less common patterns, otherwise you might have to really shop around. Try a Colonel Bates, Herb Johnson special or a blue devil for starters. I prefer the trailer hook of the tandem streamer to be facing upward; opposite of the front hook. I like heavy monofilament as a hook connector rather than wire that can bend and kink during a battle with a big fish. Wire is difficult to straighten once bent, so the fly might not ride straight in the water when trolled.

I also prefer the front hook to be one size larger than the trailer, say a size 2 and 4 or a 4 and 6 combo. Other very dependable streamers, but seldom used, include an Ouananiche sunset, Counterfeiter, Queen of the water, morning glory, Gray witch and demon. Some are vivid attractors, others are smelt imitations and all are very effective. Patterns can be found in several fly tying books or online and it’s really worth the effort to have a couple of each in your fly box.

Spring trolling is at hand and what you put in the water at the end of your line will greatly affect what comes out of the water! Update your fly selection and see if your results don’t improve this spring. Get out often, wear a flotation vest and tight lines.

Members of the Houlton Band of Maliseets will head to the ballot box in order to determine who will be elected as their new tribal chief.
Pets END_OF_DOCUMENT_TOKEN_TO_BE_REPLACED