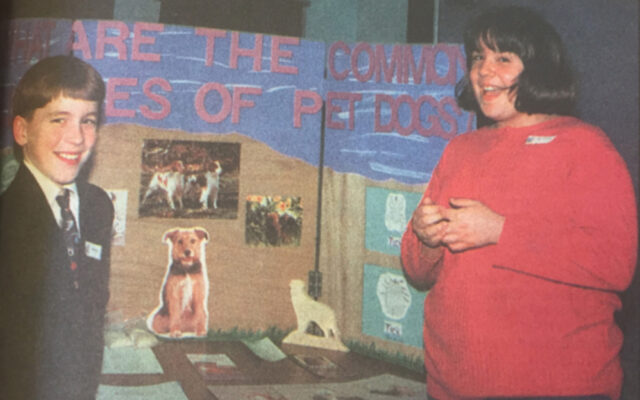 Contributed • May 12, 2021
100 Years Ago - May 12, 1921 Attractive show window -- One of the handsomest show windows seen in town for a long time and one that seems to have “punch” is that of P.S. Berrie, the Main Street Music Store man. It is decorated with instruments and records of all shapes and sizes.

Attractive show window — One of the handsomest show windows seen in town for a long time and one that seems to have “punch” is that of P.S. Berrie, the Main Street Music Store man. It is decorated with instruments and records of all shapes and sizes.

Steam laundry changes hands — The Houlton Steam Laundry, started here in the 1870s and one of the oldest businesses in town, has been sold by its owner, A.A. Hutchinson, to Cheryl Hogan, who will take possession by May 20th.

Election — Truman Sleeper was re-elected president of the Molunkus Fish and Game Club in Sherman Mills at their meeting held last week at the Grange hall with 67 members and guests present.

A new plan — A plan that would convert Market Square to a shopping mall with pedestrian traffic only and would provide decorative mansard roofs along the front of stores in the Maine/Court Street  shopping district, is being proposed for Houlton.

Kiwanis Club — The Monticello Kiwanis Club observed its 10th anniversary Saturday with a ladies night program at Parkview Terrace in Houlton. Clifton Miller, president of the club was the speaker.

New hall underway — The Houlton Fair Committee directors broke ground on a new 40’x60’, $65,000 exhibit hall on May 2. The hall is expected to be completed in time for the fair this year on June 26.

Shriners plan county event — The Central Aroostook area will see a population explosion at least temporarily in June. That is when members of the Anah Temple will host more than 1200 Shriners and their guests for the Temple’s annual initiation ceremony. The County is host to the Convention only once every 10 years.

Members of the Houlton Band of Maliseets will head to the ballot box in order to determine who will be elected as their new tribal chief.
Pets END_OF_DOCUMENT_TOKEN_TO_BE_REPLACED
4 days ago