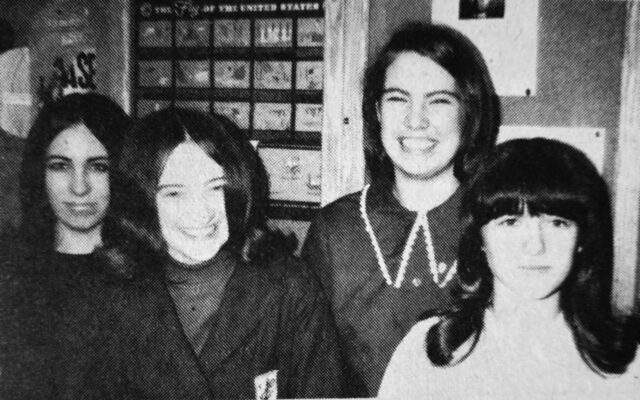 FFA State Farmer chosen from Easton — Mike Milbury, 17-year-old son of Mr. and Mrs. Eugene Milbury and a high school junior, was chosen FFA State Farmer, it was announced April 29 at a ceremony in the elementary school cafeteria. Milbury, acting toastmaster for the annual Future Farmers Parent and Son banquet, was presented his State Farmer Citation by State President Wendell McKenney of Fort Fairfield. Kenneth Hendren of the Maine Forestry Service was the featured speaker of the evening. His talk entitled “Earth Day-Environment and Conservation of Our Forest,” was supplemented with colored slides. Keith Kneeland gave the welcome and his father, Richard, responded.

Chelewski awarded national certification — Registered Nurse Paula K. Chelewski was awarded national certification as a Central Enterostomal Therapist Nurse (CETN). As a CETN, Chelewski cares for persons with an opening in the skin that connects to the bowel or bladder, such as colostomy, ileostomy or urostomy. To achieve certification, she completed the post-graduate enterostomal therapy education program at Albany Medical Center in New York. Chelewski also completed clinical training at Massachusetts General Hospital in Boston, adn Lahey Clinic in Burlington, Mass. She was employed as a clinical nurse at The Aroostook Medical Center and operated a wound and ostomy outpatient clinic. Chelewski was one of only two CETNs north of Bangor.

Shaw joined AMHC — Liam Shaw of Presque Isle joined the Caribou Outpatient Office of Aroostook Mental Health Center as a therapist consultant. Shaw is a 1995 graduate of Boston University with a Masters in Social Work and a specialty in child and adolescent therapy. As part of his internship, he was employed with Metro Boston Child Assessment Unit, a 90-day residential diagnostic facility for children 7 to 16 years. Shaw completed undergraduate studies and received his Bachelor of Social Work at the University of Southern Maine. As an outpatient therapist, Shaw’s responsibilities included counseling individuals for issues relating to mental health and substance abuse. In addition, Shaw coordinated individual needs with other health service agencies also providing services to those he counseled.

Members of the Houlton Band of Maliseets will head to the ballot box in order to determine who will be elected as their new tribal chief.
Pets END_OF_DOCUMENT_TOKEN_TO_BE_REPLACED
5 days ago