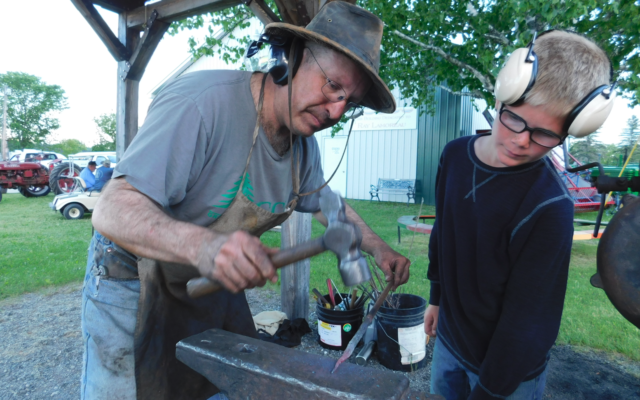 Paula Brewer • July 24, 2021
It might be a little shorter this year, but the upcoming Northern Maine Fair promises to pack its four days with something for all ages, from things with motors to agricultural exhibits to favorite foods, all in the name of old-fashioned family fun.

PRESQUE ISLE, Maine — It might be a little shorter this year, but the upcoming Northern Maine Fair promises to pack its four days with something for all ages, from things with motors to agricultural exhibits to favorite foods, all in the name of old-fashioned family fun.

The fair will run Thursday, Aug. 5, through Sunday, Aug. 8. Due to the shorter time frame, there will be no midway rides or harness racing, a decision the fair association said it didn’t take lightly, but considered the best way to maintain safety for all.

“This is what we call a ‘getting back to normal’ year,” Lynwood Winslow, fair president, said Thursday. “At the time we had to make decisions, there were still a lot of restrictions in place. The smartest plan was to focus on what we do best and what’s important to our community.”

Spectators will see most of the traditional fair activities — live music, animal shows, crafters and exhibits, a petting zoo, truck and tractor pulling, the annual 4-H Baby Beef Auction and Li’l Farmers at the Fair — and, of course, the popular demolition derby.

“This fair is built around food, animals and our motorsports,” Winslow said. “So if you come to our fair this year, you’re going to find all of those favorites.”

Many of the usual food vendors will be there, offering favorite fare like doughboys, sausages, pizza, cotton candy, french fries and more, he said.

In addition, organizers have some new activities planned for the younger set. There will be an evening of free monster truck rides, along with a free kids’ carnival that the fair itself is putting on, which will include 10 different games young people can play and win prizes. More live music has been added, along with a larger craft venue.

The Northern Maine Fair has been a part of the community since about 1855. Due to COVID-19, last year was the first year in many that the summer event was cancelled. There were a few war years, too, when that happened, Winslow said, but the fair has been a strong local tradition.

“Everybody alive today, no matter what their age, has heard about or gone to the fair. Almost everybody’s been touched by something that’s positive,” he said.

Late summer seems to be a time when the community comes together to celebrate, and the fair showcases a lot that makes Aroostook County and its history unique, Winslow said.

Winslow said the support from the community and from local businesses has been overwhelming.

“It’s a tradition that’s 166 years old and it’s worth keeping alive, and I think the people believe in that and that’s why they continue to support it,” he said. “In a time of negativity, we’ve really got something to look forward to. It’ll be compact, but it’ll be all of their fair favorites and I think people will have a good time.”

Members of the Houlton Band of Maliseets will head to the ballot box in order to determine who will be elected as their new tribal chief.
Pets END_OF_DOCUMENT_TOKEN_TO_BE_REPLACED