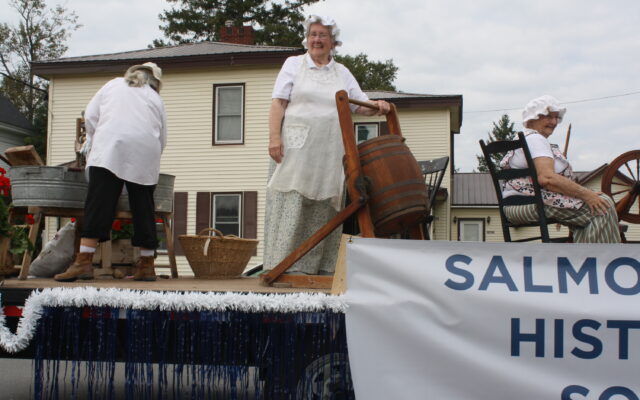 Melissa Lizotte • August 22, 2021
The Washburn August Festival returned Saturday with an array of activities that showcased the region's agricultural history and brought community members together for both popular and new traditions.

WASHBURN, Maine — The Washburn August Festival returned Saturday with an array of activities that showcased the region’s agricultural history and brought community members together for both popular and new traditions.

On Saturday, hundreds of people gathered on Main Street to watch the parade, which featured members of the Boy Scout Troop 177, Washburn school band and Future Farmers of America as well as several historical-themed floats.

Atop the Salmon Brook Historical Society float, members Wanita Hallowell, Mavis Churchhill, Pauline Tompkins and Rita Kingsbury dressed in 1800s-era dresses and performed household chores such as butter churning and sewing with items donated to the historical society. They were joined by festival king and queen Bill and Carol White of White Farms, Inc. in Washburn.

Following behind them was Keith Kingsbury, who demonstrated potato harvesting with some of Salmon Brook’s antique farming equipment.

After the parade, the crowd of families and friends dispersed to enjoy activities such as a scavenger hunt throughout town, a craft and vendor fair at Story Park and tours of the Benjamin Wilder Farmstead and Aroostook Agricultural Museum.

Just outside the museum, Peter Wilcox of Washburn gave rope-making demonstrations using an antique machine patented in 1901 and passed down through the generations of his family.

With help from his wife Jeannie and grandson Cameron, Wilcox showed how to pull two different colored strings together to create a strong and sturdy rope. This year marked the first time Wilcox brought his rope-making demonstration to Washburn August Festival. He previously demonstrated at local festivals in Mapleton.

“My great-uncle owned this,” he said, about the rope-making machine. “He was blind and he used to come to the farm to make rope for my dad.”

Many festival attendees took the opportunity to watch Wilcox at work and to see what other farming equipment the historical society was showcasing. Richard and Tracy Gilbert of Washburn brought their grandchildren Chloe Kirby, 9, and James Madore, 2, through a walk of the Agricultural Museum.

“We try to come [to the festival] every year. We enjoy the parade and seeing all the people from away who come here,” Tracy Gilbert said.

With last year’s festival having been cancelled due to COVID, folks were more than eager to enjoy the outdoor activities and each other’s company.

“It’s nice to see everybody that we don’t see as often,” said Bernice Belanger of Washburn, who attended with her husband Herman. 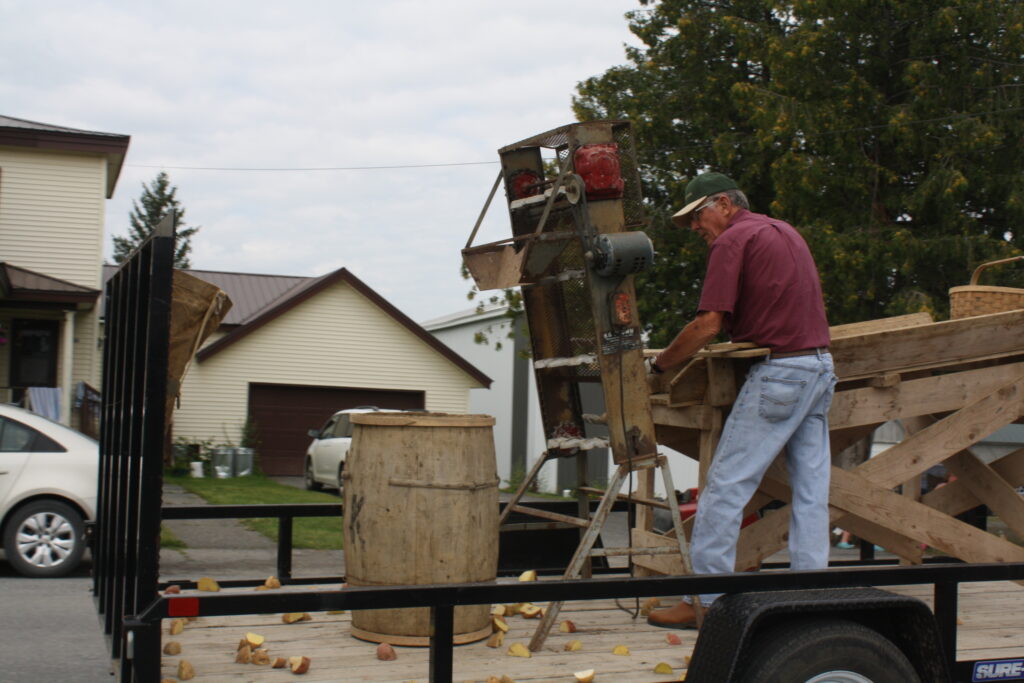 WASHBURN, Maine — August 21, 2021 — Keith Kingsbury demonstrates potato harvesting of years past while atop a float in the Washburn August Festival parade. (Melissa Lizotte | The Star Herald) 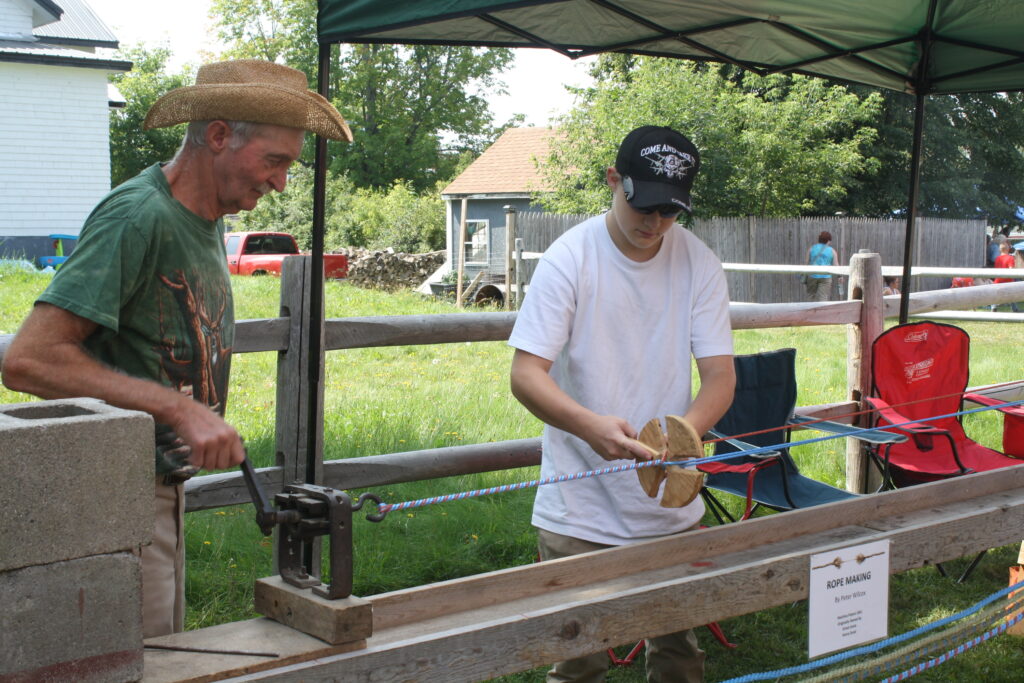 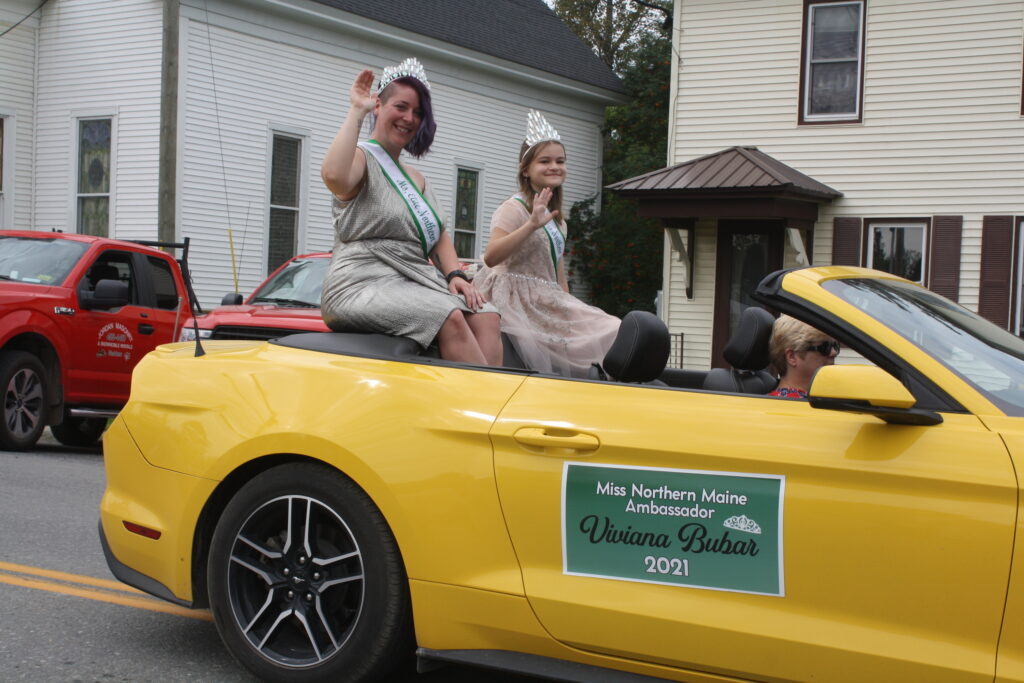 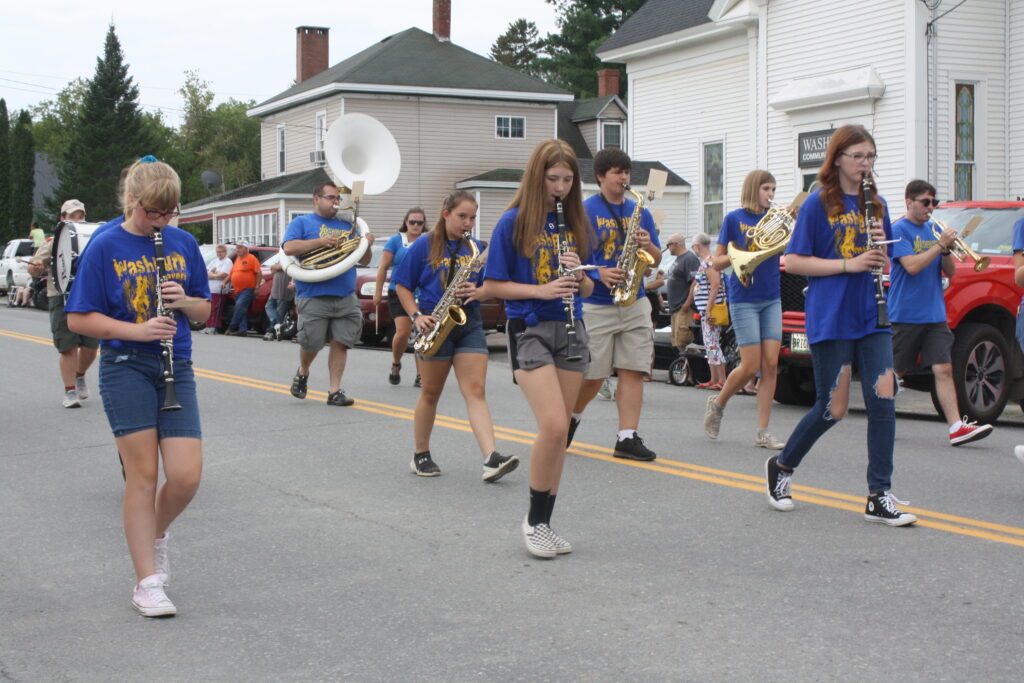 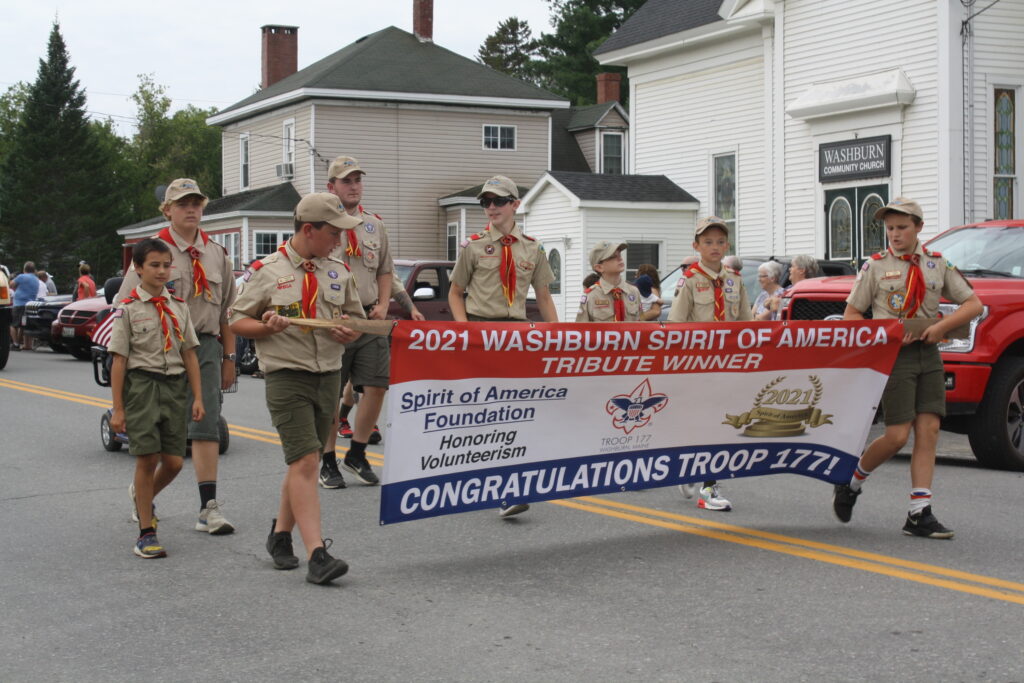 For the first time since 2019, there is competition for open seats on the Houlton Town Council
Pets END_OF_DOCUMENT_TOKEN_TO_BE_REPLACED

All of us at the Central Aroostook Humane Society hope that you had a wonderful and safe Thanksgiving holiday.  One change in shelter hours: just for the month of December, we will be closed Thursdays for training purposes.
What's Happening This Week END_OF_DOCUMENT_TOKEN_TO_BE_REPLACED