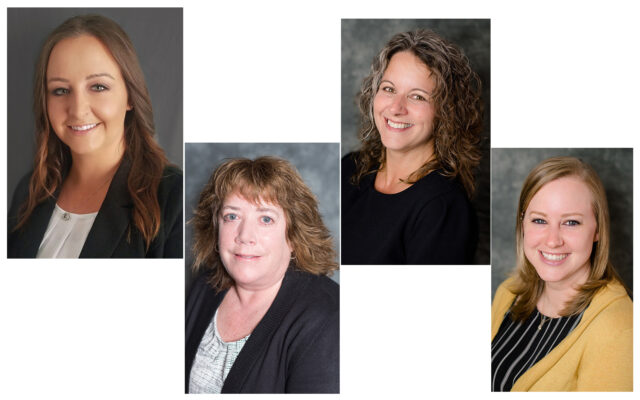 The insurance operations assistant is a new position created to help manage the agency’s growing insurance department. In addition to continuing to serve many of her current clients, Shields will train personal and commercial agents companywide and will assist with special projects.

She started her career with F.A. Peabody in 2015 as an intern while studying for her business degree. She was hired as a full-time personal lines service agent later that year, and began working in commercial lines in 2018.

“I truly enjoy working for F.A. Peabody and am very excited about taking on this new role,” Shields said. “This position will allow me to continue to work with clients while developing stronger connections with them and with other team members as a trainer.  I look forward to continuing with F.A. Peabody through this opportunity.”

“Shasta has lived in Southern Aroostook all of her life and has proven to have a strong career path in mind and has developed strong relationships with her clients and co-workers,” Hutchinson said.

“Shasta has taken an active role in internal company functions as well as planned community events sponsored by F.A. Peabody. Shasta will continue to serve her customers well while assisting us in the administration of the agency.”

Shields graduated from Hodgdon High School and the University of Maine with an AS in business management.  She is currently working on her BS in management and leadership.

She lives in Houlton with her husband, Josh, and son, Dayton. She enjoys spending time with family, camping, and volunteering for the Linneus Sno Club.

Karen Tracy was promoted to personal lines senior account manager. She is a graduate of Houlton High School and began her career at F.A. Peabody in 1992 and provides top-notch service to her dedicated client base.

“Karen has been a valuable part of the F.A. Peabody family. She brings to us a solid career in Personal Lines which shines in her training and mentoring of new staff,” Hutchinson said.

Tracy is a lifelong resident of Houlton, where she resides close to her daughter Mikaelah and with her two cats, Manny and Mya. She enjoys hiking, traveling, and being with family and friends.

Lisa Good has been promoted to commercial lines service agent. She is a graduate of Houlton High School and obtained her property and casualty license in 2020. She began her career in processing in September 2019, moved quickly to personal lines in November 2019 and now advances to commercial lines. She has worked both in the Mars Hill and Houlton offices.

“Lisa has been a valuable employee for F.A. Peabody Insurance. She is a lifetime resident of Southern Aroostook and brings a solid background in customer service to her customers as well as to our agency,” Hutchinson said. “Lisa has taken an active role in helping out with our internal company functions as well as those company sponsored functions in the community.  We look forward to continued success and longevity with Lisa.”

Good lives in Monticello with her husband, Eric, and daughter, Sydney. She also has two sons, Tyler and Carter. She enjoys gardening, cooking and spending time with family and friends.

“Shelby’s desire to learn and grasp insurance concepts quickly make her an ideal candidate for the insurance business,” Hutchinson said. “She’s been a great addition to the F. A. Peabody family. Shelby’s background, personality and drive will serve both our customers and the agency very well.”

Stanhope lives in Hodgdon with her dog, Ruger, and enjoys photography and traveling when possible.

Members of the Houlton Band of Maliseets will head to the ballot box in order to determine who will be elected as their new tribal chief.
Pets END_OF_DOCUMENT_TOKEN_TO_BE_REPLACED