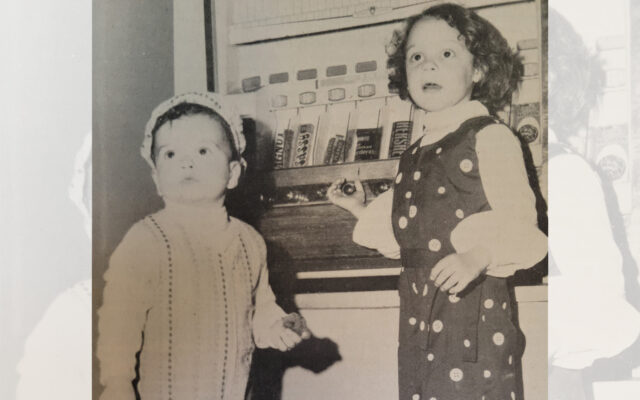 County’s income showed increase — Aroostook County farm families, in 1945, produced crops and livestocks with the record value of more than  $50,993,000, as reported by the Bureau of Census, more than doubling their annual gross income in comparison with 1940.

This huge increase in farm revenue had already created heavy demand for general farm improvements and for home remodeling. Many farm improvements were made even during the war. Since 1940, for example, the number of farm homes reporting electric lights here had increased from 2,956 to 3,333, and there had been a heavy demand for such modernizing as installation of running water. Farmers in the county have 1,400 more tractors than in 1940 and the number of trucks on farms had likewise increased substantially.

Investigating a new city band — Harold Delano  was named by the Abnaki Club to investigate the possibilities of the organization sponsoring a city band at a meeting of the club. The matter was thoroughly discussed and it was decided that action would be taken at the October meeting on Delano’s findings. A new building committee, composed of the current president, Howard Michaud, and the previous presidents, was formed as the first step towards the club’s eventual acquisition of its own lot and building. This was a long range program but the members felt that a start, insofar as preliminary plans are concerned, should be made.

Maine Teachers Association appointed local rep. — J. Donald Bellevilee had been appointed Maine Teachers Association UNISERV director for Aroostook County. His appointment was announced by Dr. John H. Marvin, MTA executive secretary. Belleville joined MTA in August a year prior as one of the state’s two UNISERV directors. In 1971, the MTA had staffed nine UNISERV offices around the state, each serving 1,200 members. Before joining MTA staff, Belleville was a social studies teacher at Jordan Junior High School in Lewiston. The Navy veteran also served as director of the study center there and principal of Lewiston’s adult evening school. Active in Association work, Belleville served as president of the Lewiston Teachers Association, delegate to the  Representative Assembly, and was active on numerous committees.

Big success — After a week’s successful stint on QVC,  a home shopping television program, employees of LeBlanc’s Gourmet Lobster Stew were hard at work packing the product for shipment. A total of 1,115 pints of the stew were sold on the program the previous week, which featured Maine’s products.

Chabot, Richard lead Owls — University of Maine at Presque Isle women cross country runners Katherine Chabot and Sara Richard continued their winning ways by running one-two in the NAIA Northeast Regional Invitational meet at Augusta. Chabot had a winning time of 20:53 over the five-kilometer course, while Richard was just behind at 21:04. Sharon Clifford, a freshman from Lincoln, checked in at 26:51 in the meet won by Lyndon State College. The Owl contingent was limited to three due to early season injury and conditioning problems. On the men’s side, Greg Lavertu ran third in the 8K event with a time of 29:40, while Eric Wade, a freshman from Whitefield, took fifth with a time of 29:48,  Neal Labrie, a senior from Athol, Mass., was 12th with a time of 30:39. The other two members of the men’s team did not compete. Johnson State won the meet with 33 points. The two teams competed in an invitational meet at the University of New England in Biddeford.

County challenge champs — Danny Paul of Presque Isle and Angela Edgecomb of Monticello, formerly of Caribou, were the overall winners of the 14th Annual County Challenge road racing series. They were recognized following the Caribou Labor Day Road Race held at the beginning of the month.

Members of the Houlton Band of Maliseets will head to the ballot box in order to determine who will be elected as their new tribal chief.
Pets END_OF_DOCUMENT_TOKEN_TO_BE_REPLACED