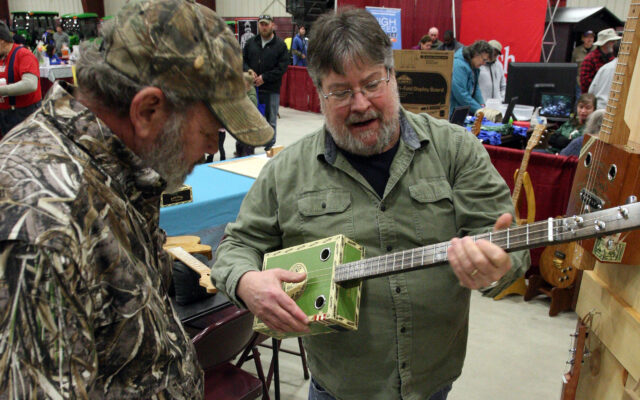 Joseph Cyr • September 27, 2021
Amid growing concerns of the spread of COVID-19, there will be no showing of the annual Southern Aroostook Trade Show for the second straight year.

HOULTON, Maine — Amid growing concerns of the spread of COVID-19, there will be no showing of the annual Southern Aroostook Trade Show for the second straight year.

Greater Houlton Chamber of Commerce Executive Director said Monday that she reluctantly decided it was in the best interests of all to cancel this year’s event, which was scheduled for this coming weekend (Oct. 2-3).

Torres said the event had been modified from its traditional trade show, with multiple vendors, to a handful of larger vendors so that people could spread out more easily. So when one of the four anchor vendors announced they were pulling out, organizers began to question whether they should hold it at all.

“The other three (main) vendors told me they wouldn’t mind if we canceled it,” Torres said. “They were only participating to support the Chamber. But we were only doing the event to support them. So canceling just made sense.”

Under normal conditions, the  Houlton show typically attracts between 1,500 and 2,000 attendees over the two-day period, depending on the weather. In 2019, the event featured 45 different vendors at the Millar Civic Center.

Torres said her hopes are for the trade show to revert to its normal spring showing in 2022, featuring a full array of spring home improvement products.

Members of the Houlton Band of Maliseets will head to the ballot box in order to determine who will be elected as their new tribal chief.
Pets END_OF_DOCUMENT_TOKEN_TO_BE_REPLACED