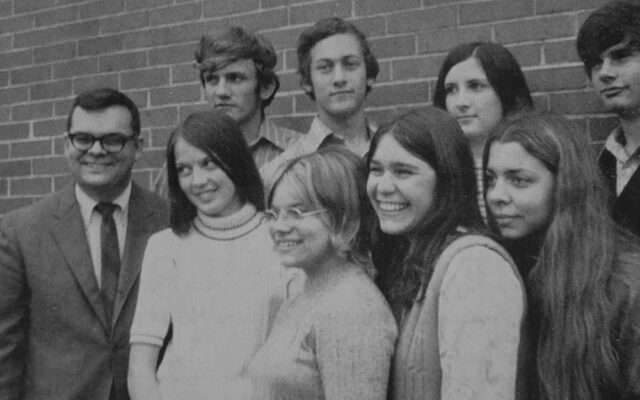 New Mars Hill business firm — Lloyd S. Greenlaw and Dana Weaver of Presque Isle and Chas. A. Nutter of Mars Hill had formed a company known as Weaver, Greenlaw & Nutter Inc. in Mars Hill. Their company purchased the Warren P. Wilson General Agency which Mr. Wilson had operated for 27 years; and also the Chas. A. Nutter General Agency, which had been doing business about the same number of years.

The new company endeavored to render prompt and efficient service to all on fire, automobile, all general insurance and life insurance. Dana Weaver, who managed the office, had already moved with his family to Mars Hill. Lloyd Greenlaw’s office was located at 191 Main Street, Presque Isle.

Presque Isle man bought the ice company — Joseph Gagnon, who, during the previous several years had served as safety engineer at the Presque Isle Air Base, had purchased the Presque Isle Ice Company and had already assumed control.

Promoted to Corps Major — John Leslie Burbury was promoted to major in the Corps of Engineers. He was a technician in the Massachusetts National Guard Unit and a staff training officer of the 181st Engineer Battalion. He was born in Presque Isle and graduated from high school in Newport in 1955. He attended the Maine Military Academy in Augusta in 1960. In 1961, he went to Fort Belvoir, Virginia, for further training and went back again in 1964. He was also enrolled with the USAR School of the Command and General Staff, college course phase eight.

Chow named UM director — Dr. Alroy A. Chow was appointed director of health services for the University of Maine at Presque Isle, according to Dr. Stanley F. Salwak, president. Chow, a native of Trinidad, was a staff member of the A. R. Gould Memorial Hospital in Presque Isle. In his work at the university, Chow was on a part-time contract with office hours on campus at 112 Pullen Hall. A graduate of Dalhousie University in Halifax, Nova Scotia, in 1960 and its medical school and internship program in 1964, Chow was certified by the Royal College of Physicians in Canada and by the American Board of Internal Medicine.

Presque Isle girl honored at UMPI — Miss Remillie Good, daughter of Mr. and Mrs. Franklin Good of Presque Isle, was selected to serve on the University-Presque Isle Community Council. A freshman, Remillie represented her class on the Council, which is designed to promote cooperative efforts to benefit the greater community. Others chosen were Allen Fitch, sophomore, Ellsworth; Marilla Giberson, junior, Caribou; and Thomas Folsom, senior, Greenville.

Lady Hornets earned trip to state finals — It took 80 minutes of regulation and nearly three overtime periods, but the Lady Hornets captured the Eastern Maine Class D soccer championship, 2-1, over the Wisdom Pioneers at Ashland Community High School. Freshman wing Sara Dwyer was the overtime hero for the Hornets, converting the game-winning goal with 4:21 to go in the third overtime off a Ronnie Lewin pass. It was Dwyer’s second goal of the season, her first also coming against the St. Agatha-based team during the regular season. About three minutes into the first extra period, Wisdom appeared to have won as a Pioneer shot found the Ashland net, but the goal was called back on a pushing penalty. The Hornets, 8-6-1, advanced to the state final against Wynflete, who was a 1-0 winner over Richmond in the Western Maine Final.

For the first time since 2019, there is competition for open seats on the Houlton Town Council
Pets END_OF_DOCUMENT_TOKEN_TO_BE_REPLACED

All of us at the Central Aroostook Humane Society hope that you had a wonderful and safe Thanksgiving holiday.  One change in shelter hours: just for the month of December, we will be closed Thursdays for training purposes.
What's Happening This Week END_OF_DOCUMENT_TOKEN_TO_BE_REPLACED