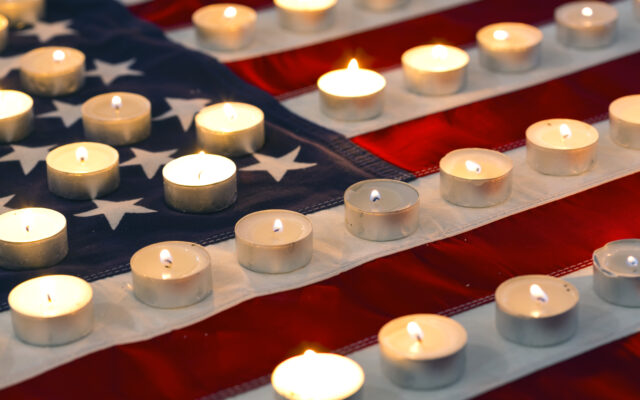 Contributed • November 10, 2021
Reuben Caron, Exalted Ruler of the Presque Isle Elks, Lodge 1954, announced that a free Veterans’ Day supper for all military veterans, current military service personnel and their spouses will be held on Veterans Day.

PRESQUE ISLE, Maine — Reuben Caron, Exalted Ruler of the Presque Isle Elks, Lodge 1954, announced that a free Veterans’ Day supper for all military veterans, current military service personnel and their spouses will be held at 5 p.m. on Thursday, Nov. 11, at the Elks Lodge located at 508 Main Street in Presque Isle.

According to Caron, “November is Elks Veterans Remembrance Month. By  directive of the Elks Grand Exalted Ruler, all Elks lodges throughout this country are  asked to hold special events to honor our nation’s military veterans. Moreover, a principal  precept of the Presque Isle Elks is that, ‘As long as there are veterans, the Presque Isle Elks Lodge 1954 will never forget the,’” Caron stated.

The Elks’ Veterans Day supper is open to the public. The menu will include a wide variety of moose meat recipes, including an Italian moose soup, moose  chili, moose meatballs in a variety of flavors, as well as chicken stew, ployes, home-made  baked beans, hot rolls, corn chowder, seafood chowder, chili, fresh biscuits, American  chop suey with moose meat, lasagna and a variety of desserts, coffee, tea and soft  drinks.

As their own expression of gratitude to military veterans, the Maine Wardens Service has provided the moose meat for this supper.

There will be no charge for any military veteran, active servicemen or their  spouses. A minimal charge of $5 per person will be charged for all other members of the public who wish to attend.

Again this year, Wendell Hudson, Dale Hudson and James “Sheldon” Wright,  military veterans themselves, will share their musical talents with their fellow veterans  and guests who attend this special supper.

Veterans and all current military service  personnel will be entered in a drawing for door prizes.

Transportation to the Elks Lodge for this event can be arranged by calling the  Presque Isle Elks at 764-0985.

For the first time since 2019, there is competition for open seats on the Houlton Town Council
Pets END_OF_DOCUMENT_TOKEN_TO_BE_REPLACED