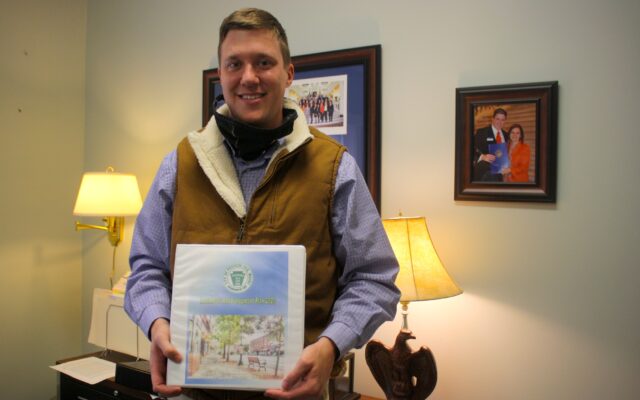 David DiMinno • November 30, 2021
As the city of Presque Isle closes the curtain on 2021, there will be new projects to keep an eye out for heading into 2022 and beyond.

PRESQUE ISLE, Maine — As the city of Presque Isle closes the curtain on 2021, there will be new projects to keep an eye out for heading into 2022 and beyond.

In 2020, the city of Presque Isle approved a downtown redevelopment plan that would serve as a guide for the city for the next 30 years. The main goal of the plan is to transform the city’s downtown into the cultural hub of Aroostook County.

When the downtown redevelopment plan was adopted in 2020, few of the plans could actually begin, as the projects needed to be funded. The first full year for revenues to accumulate since the plan’s inception was 2021, allowing for some projects to begin with the necessary funding. While some projects have been started, the coming years will see more projects take off as revenues accumulate.

There have been changes made to the development fund in order to encourage lending to small businesses, giving low interest loans to potential landlords to upgrade their heating as well as winterizing properties to create better energy efficiency. This is an effort to help lower emissions as well as operating costs so that landlords won’t have to raise rent to their tenants.

The city wants to establish a public transportation system in conjunction with the Presque Isle International Airport. There are conversations in the works to establish a shuttle service from local hotels to the airport.

The Presque Isle downtown redesign subcommittee is refocusing efforts on beautifying the downtown area, including having new banners for the winter, and decorating storefronts for the holidays.

The city has set up a program to encourage property owners in the downtown area to preserve the original architecture of the buildings. The facade program will help business owners spruce up the storefronts, but remain true to their buildings’ histories. While businesses have taken advantage of this in the past, lack of revenues in the budget meant it was put on the back burner. With funding in the budget, the hope is that this program can resume.

In regards to workforce development, the city is working on coordinating with Northern Maine Community College and University of Maine at Presque Isle in order to teach relevant workforce experience to students.

The utilities district has already begun mapping out their assessments of wastewater and storm water infrastructure, with possible line expansions in the future.

The city would also like to have free WiFi installed in the downtown area. This is still in very early stages, and there is no choice yet for who the internet service provider will be.

A community connector has been added to the bypass, so that the truck traffic can be re-routed from downtown.

“There has been an issue in the past with large trucks navigating the turns along the Main Street Corridor and the rural streets like Academy,” City Manager Martin Puckett said. “ We are promoting the use of the Route 1 bypass that connects at Fort Fairfield Road and Conant Road.  MDOT recently put up road signs to encourage use. It has decreased the amount of truck traffic in the neighborhood areas.”

Credit enhancement agreements are also in the works. These are agreements that allow the city to compensate businesses for approved development project costs. Possible businesses to be approved are the Presque Isle Inn and Convention Center, and Griffith Honda. The hearing will take place at 6 p.m. at the Dec. 1 city council meeting in the Sargent Community Center.

“While the redevelopment plans are still relatively new, just under a year, the plan outlines significant goals for downtown redevelopment,” Puckett said. “The plan has been well received by the businesses within the zone and has sparked interest and reinvestment within the community.

“With a 30-year plan, it will take awhile to achieve all of the goals but it does set a path forward.  The first few years revenues will have to accumulate before we can fund substantial projects but there have been conversations about facade improvements in the meantime.”

The full downtown redevelopment plan can be found online on the City of Presque Isle’s website.

June is generally a month that also marks the height of “kitten season,” when large litters of kittens are born and often end up in animal shelters.   Luckily, here at the Central Aroostook Humane Society, we have seen a dramatic drop in the cat population over the past five years, mostly due to our spay and neuter program.
What's Happening This Week END_OF_DOCUMENT_TOKEN_TO_BE_REPLACED