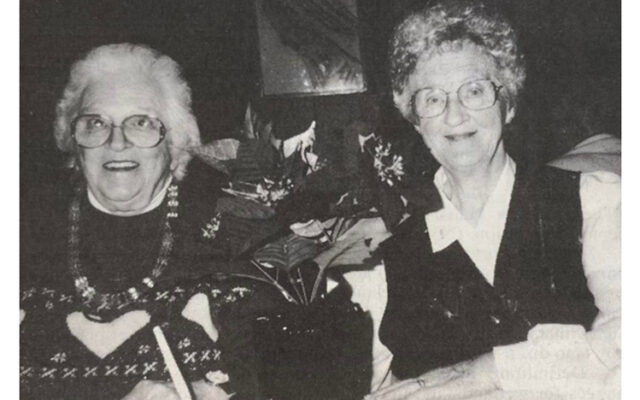 Lanette Virtanen • January 5, 2022
115 Years Ago - Jan. 5, 1907 Meeting of publishers -- A meeting of the publishers of the different papers in the county met at the Star Herald office in Presque Isle Monday and organized the Aroostook Publishers Association. G.H. Collins of the Star-Herald was chosen president and L.J. Pendell of the Republican, secretary.

Meeting of publishers — A meeting of the publishers of the different papers in the county met at the Star Herald office in Presque Isle Monday and organized the Aroostook Publishers Association. G.H. Collins of the Star-Herald was chosen president and L.J. Pendell of the Republican, secretary.

Matters of vital importance to all the county papers were discussed and a uniform rate on several classes of advertising adopted.

Poverty Limp — The second annual Poverty Limp given by the American Legion at the P. of H. Opera House Monday night was a pronounced success. The balcony was filled with spectators who assembled early in the evening to watch the dancers and enjoy the excellent music rendered by the American Òegion orchestra. A sketch consisting of song and dance by the Bingville Trio, (so called), Adolphus Pwelkey, Joe Boulier and Mabel Flora was very entertaining, the clever dancing of Mrs. Flora being especially enjoyed by the crowd.  Small fines were imposed for shaves, shines, white collars, clothes that had too much of an air of prosperity and one prominent citizen was fined .50 for doing the forbidden ‘shimmy.’ About 65 couples were dancing and the ridiculous costumes were a source of much merriment, not only to the people in the balcony, but to the dancers themselves. At 10o’clock a grand march was formed when prizes were awarded to Miss Pearl Olson and Joe Tuck, whom the judges pronounced the most poverty-stricken appearing lady and gentleman.

The chamber office gets moved again — During midsummer the chamber office was removed from the M.D. McGrath store, to the Nylander Museum. The town did not put in a state of Maine publicity bureau representative so the chamber secretary attended to that duty and met approximately 400 tourists, business people or those seeking help from the Chamber. The office was closed at the end of September and through the courtesy of the Caribou Water Company desk space was obtained in its building on Washburn avenue and occupied immediately.

Award — Darren Pye, a senior at Caribou High School, received the Building Better Future Award. He was one of seven students recognized by the Maine Development Foundation’s Aspirations program for demonstrating outstanding leadership in their schools or communities.

June is generally a month that also marks the height of “kitten season,” when large litters of kittens are born and often end up in animal shelters.   Luckily, here at the Central Aroostook Humane Society, we have seen a dramatic drop in the cat population over the past five years, mostly due to our spay and neuter program.
What's Happening This Week END_OF_DOCUMENT_TOKEN_TO_BE_REPLACED