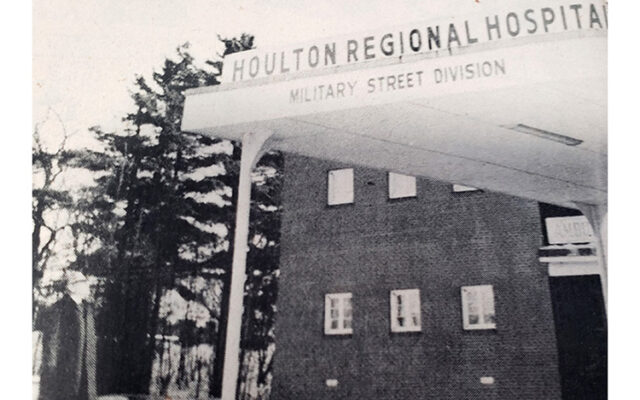 Rockabema Lodge – – Rockabema Lodge I. O. O. F. have elected the following officers for the ensuing year: N. G., Chas. A. Lyons; V. G, O. A. Jacobs; secretary, C.B Whitcomb; and treasurer, Geo. H. Wiggin. Mr. C. L. Fox, who has been secretary of the lodge during the last 10 years, was obliged to resign the office this year on account of poor health.

Turn-of-the-century prices — M.C. Somerville listed for sale the following: 20 pounds of sugar for $1.50 and three cans of Maine corn for 25 cents.

Nurse’s cap awarded – – Smyrna girl, Miss Ena E. Noyes, daughter of Mr. and Mrs. Earl Noyes of Smyrna Mills, a junior in the school of nursing at Simmons College, received her white nurse’s cap at an annual capping ceremony held in the college auditorium Sunday, Jan. 12, as a symbol that her pre-clinical nursing studies at the college have been completed.

Hodgdon for the win – The Hodgdon boys went on a scoring spree at Wytopitlock last week when they soundly trounced their opponent 65-33. Benn was very effective under the basket, scoring 27 points.

Sampson’s Supermarket — Spaghetti sauce is on sale for 19 cents, with bananas only 29 cents for 2 pounds.

New business in town – –  Chalmerize, an automotive detailing service, has set up a shop on Military Street near the top of Drake’s Hill in Houlton. Attending the official ribbon cutting ceremony last week were, left to right, Walter Goodrich of the Retail Trade Board; Robert Reece, President of the Greater Houlton Area Chamber of Commerce; Nancy Ketch, Executive Director of the Chamber; co-owners Sandy Karnes and her husband Chalmer, Allan Bean, Houlton Town Manager; and Cathy Davis, Chair of the Houlton Town Council.

Updated police barracks — While the snow fell from darkened skies, “the sun was shining” inside the state police barracks in Houlton last week. Reacting to new that Maine’s Legislature had just approved $5 million is spending for capital improvement, and that part of those funds will be destined for the North Road Trooper facility, Troop F commander Lt. Barry Smith said the news was welcome and long overdue.

Recently we took in a cat named Joe. He is a very sweet cat with a multitude of problems. He was rescued from the streets here in town, but Joe turned out to be a very sick kitty and was surrendered to The Ark because the resources were not there to help him.
What's Happening This Week END_OF_DOCUMENT_TOKEN_TO_BE_REPLACED