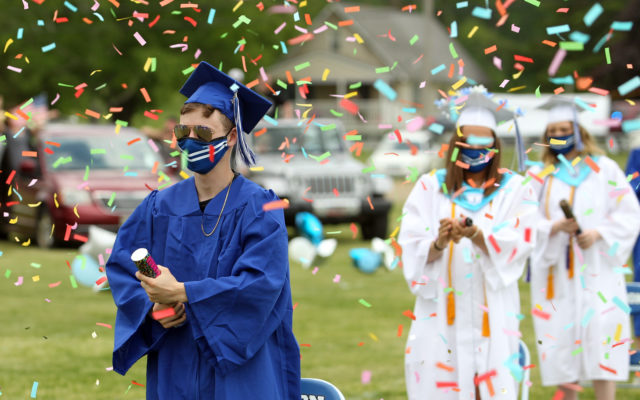 Journalists and designers from the Aroostook Republican and News, Houlton Pioneer Times, St. John Valley Times and The Star-Herald, and websites fiddleheadfocus.com and thecounty.ME, earned recognition, including 14 first-place individual honors, at the state organization’s virtual awards presentation and meeting on Nov. 6.

The Maine press group joins with a different state’s organization every year, and each judges the other’s contest entries. This year Maine worked with the South Dakota Newspaper Association. Judges’ comments were shared with all association members in late December.

“It’s a privilege to serve so many communities that are committed to making life better for their residents. It’s an equal privilege to work with this handful of dedicated and talented journalists, who take pride in the work they do every day to tell the stories that are important to Aroostook County,” said Julie Harris, editor of the four weeklies and two websites. “I am so proud of all of our staff who were recognized for their hard work.”

Following are the awards presented to each weekly newspaper and staff, in alphabetical order.

Bouchard won first place for his continuing story on southern Maine company bluShift Aerospace, which detailed the company’s concept and successful launch of its first commercial biofuel rocket from the former Loring Air Force Base. Judges said, “The writer handled a rare and fascinating topic very well, with professional finesse.”

He also placed first in court reporting for a story involving a Caribou city charter disagreement that prompted a lawsuit by some councilors against the city and another councilor. “Not an easy subject to write about when individuals are involved but well done to present both sides,” evaluators said.

Bouchard earned second place for his business story about the opening of Limestone restaurant B-52 Pizza & Subs, which pays homage to the town’s Loring Air Force Base history. “Nice job conveying the owners’ kookiness and how they translate it into food,” judges said.

He earned third place in the sports story category for his recap of the Caribou Vikings’ win as Aroostook League boys champions, which adjudicators called “solid coverage of game that capped an undefeated season.”

He also captured first place in the analysis category for his story on the opening of the new Caribou school.

He was awarded first place in the feature photo category for his shot of a clown visiting a nursing home resident through a window.  “A serious moment for a humorous character. Very touching picture,” wrote judges.

He also took second place in the religion/spirituality category for a story on a prayer vigil seeking to end abortion, and third place in courts story for his piece on accused killer Thayne Ormsby seeking to have his convictions overturned.

Evaluators said this about the vigil report:  “Good lede to the story, nice quotes. Very easy read on a sometimes difficult topic.”

Former reporter Alexander MacDougall earned six awards, including first place for his environmental story on concerns from Maine Native American tribes that the Pickett Mountain mining project would pollute local waters. Judges praised his research and added, “Good use of quotes from both sides. Stories like this help keep our readers informed.”

He won first place in the food story category for his piece on how the historic drought in Aroostook County affected the potato industry.

MacDougall received second place in the spot, or breaking, news category for his story on the FBI searching a Houlton man’s home. “The headline attracted me right away,” said the judge. “I enjoyed that you wrote of his background to give the reader’s more of a detailed history of the individual.”

He won second place in the news story category for his article on how a mass shooting in Canada was connected to Houlton.

MacDougall also placed third in the people photo category for his portrait of veteran James King from Sherman. “A nice portrait utilizing the soft light on King’s face,” the judge said.

In layout and page design, paginator Lanette Virtanen earned two second-place awards, one for front page design and the other for sports page design. “I like your front page in large part because you’ve limited the number of elements on it. Keeps it simple and clean. Pleasing on the eye,” the judge commented.

For the St. John Valley Times, reporter Jessica Potila of Fort Kent received five awards for her work, and former Madawaska reporters Morgan Mitchell and Hannah Catlin each had one award.

Potila earned first place in spot news photo for her image accompanying her story on a Frenchville house and workshop fire. “The image does a great job of capturing the action,” judges said.

She placed first in the sports news division for her article on the passing of Eric Werntgen, a respected teacher, coach and athletic director for Valley Rivers Middle School and Fort Kent Community High School. “Clearly the subject was much more than an AD and your story does a great job of tell- ing your readers as much. Well done,” the judge noted.

She placed second in the food story category for her piece on Haskap berry farmers; and also collected a second-place award in the arts/lifestyle feature category for a couple married 62 years, which judges called “a great love story well chronicled.”

Mitchell received first place in scenic photo for her capture of a tractor resting in a potato field against the backdrop of a brilliant sunset. “Nice light and composition with lovely colors,” the judges commented.

Catlin placed third in the news story category for her article on St. John Valley towns charging one another for ambulance coverage.

Reporter David Marino took first place for his spot news story about a nearly nine-hour standoff in Presque Isle, initiated when a suspect threatened police. Judges were enthusiastic about the accompanying photo, and added, “Second – wonderful attention to detail to tell the story. Third – the dedication it took for a reporter, let alone two, to cover a nine-hour standoff to get all the facts.”

Marino captured first place for his religion and spirituality story focusing on COVID-19-era services and churches drawing in big digital crowds. Judges said, “Great story on how this church adapted to CO- VID-19, something all churches had to do.”

Presque Isle writer and Local News Assistant Editor Paula Brewer earned first place for her column, Walkabout: Aroostook, with entries on prejudice in Maine and a humorous look at tackling a hornet’s nest. “A pleasure to read on so many levels. This column is the obvious work of a seasoned veteran, who conveys her messages quite well and with a lot of heart,” judges said.

Brewer also won second place in the people photo category for her shot of a young boy enjoying a water jet at the Presque Isle splash pad on a hot day. “Can tell there’s a fun side to this kid who’s trying to cool off in the summer heat,” wrote the judge.

Reporter Melissa Lizotte earned a third place for a health story with her article on what the first COVID vaccine clinics meant to The County. “The article started off telling a story of a older woman’s loneliness during the pandemic to her socializing by getting her shot and continued into where the vaccination sites were,” judges said. “Nicely done.”

Reporter Kathleen Phalen Thomaselli was awarded second place in the political story category for her piece detailing Fort Fairfield declaring itself a Second Amendment sanctuary. “Great explanation of this sanctuary city movement. …Readers should recognize that the movement doesn’t accomplish anything. The story makes this clear, but it is not ‘preachy,’” evaluators said.

A familiar face to Aroostook County residents has announced her candidacy for the Maine State Senate.
Pets END_OF_DOCUMENT_TOKEN_TO_BE_REPLACED

One addition to last week’s “Kindness abounds” story on the generosity of local area youth: Just last week, 11-year-old Michaela stopped by the shelter armed with bags of dog and cat food and special treats.
What's Happening This Week END_OF_DOCUMENT_TOKEN_TO_BE_REPLACED