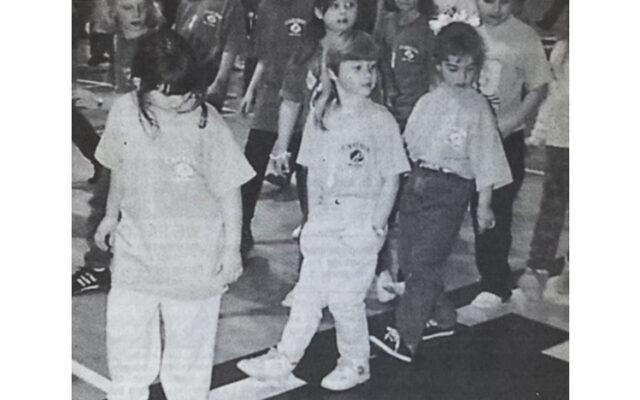 Lanette Virtanen • March 30, 2022
115 Years Ago - March 28, 1907 Received a new appointment -- D.E. Johnson has received his appointment as rural mail carrier on route No. 1, taking the place made vacant by the resignation of Robt. McLellan. Mr. Johnson begins his duties on April 15.

Received a new appointment — D.E. Johnson has received his appointment as rural mail carrier on route No. 1, taking the place made vacant by the resignation of Robt. McLellan. Mr. Johnson begins his duties on April 15.

New owners — L.N. Berce has sold his residence on Sweden Street to E.G. Farrel, who is moving into the same. Mr. Berce has in turn purchased the interest of Mr. Farrel in the old Burleigh House. Mr. Berce is making quite a number of important changes in the old hotel building, fixing off several rents.

Observe bird day in Maine — Friday, April 14, was designated by Gov. Baxter in a proclamation as Bird Day in Maine, “In order that our people and especially our children may cooperate in the work of saving birds.” He urged the observance of the day by appropriate exercises, particularly in the schools.

Veteran to open prescription pharmacy in Caribou — Ralph V. Pinette, recently discharged veteran of the U.S. Naval Hospital Corps, will open a professional prescription pharmacy in Caribou on Record Street this month. It will be named Doctor’s Pharmacy. Mr. Pinette is a graduate of Massachusetts College of Pharmacy with the degree of Bachelor of Science in Pharmacy. He is a member of the Maine Pharmaceutical Association and is a member of Kappa Psi Pharmaceutical Fraternity. He will carry a complete inventory of drugs that are endorsed by physicians, and will maintain all perishable supplies such as insulin, serums, vaccines, certain types of penicillin and older biologicals at proper refrigeration temperatures. Mr. Pinette has established himself with physicians of the community who have endorsed his pharmacy. He is a native of Millinocket, is married and has two children.

Getting ready for opening — The L.L. Curtis Alleys closed Friday of last week. The place was taken over by decorators and carpenters the first of the week and is now being made ready for the opening of Lloyd’s Market.

New CEO at Cary Medical — Cary Medical Center recently announced the hiring of Lee Thomas Ashjian as their new chief executive officer. Ashjian, a former CEO and administrator for a number of hospitals over the past 20 years, comes to the area as a “quality individual,” who according to Chairman of Cary’s Board of Directors Allen Hunter, “will help move Cary forward into the next century.”

A familiar face to Aroostook County residents has announced her candidacy for the Maine State Senate.
Pets END_OF_DOCUMENT_TOKEN_TO_BE_REPLACED

One addition to last week’s “Kindness abounds” story on the generosity of local area youth: Just last week, 11-year-old Michaela stopped by the shelter armed with bags of dog and cat food and special treats.
What's Happening This Week END_OF_DOCUMENT_TOKEN_TO_BE_REPLACED