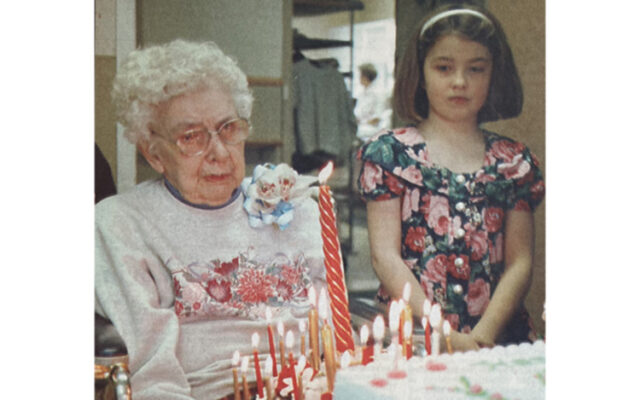 Miss Thomas is a young lady of ability, fresh from a Normal school training, takes a deep interest in the work, and with the experience gained as superintendent last year, will undoubtedly prove of much value to the town in an educational way.

A very flattering success — The Aroostook Motor Carriage Company, which has been recently organized in town and incorporated, is meeting with very flattering success having practically sold five automobiles so far this season. Jerry Smith is president of the company and C.F. Millar, electrical engineer employed by the Caribou Water, Light and Power Co., is manager and treasurer, and thoroughly understands the general mechanism of all kinds of autos. The company has leased the ground floor of A.M. Foster’s building on Water Street and will use it as a garage.

Position to be filled — Miss Warrena Ellingwood, teacher of the fourth grade Sincock School, has returned to Aroostook State Normal School. Her position will be filled by Miss Charlotte Mills of Presque Isle.

Trees for Caribou — “Trees for Caribou’s Tomorrow” took the lead in the program following the Chamber of Commerce lobster dinner in the Vaughan House dining room Tuesday evening. From every standpoint the affair was a social success and was attended by about 70 chamber members and guests. Intended to focus attendant on the chamber’s program for an Arbor Week combined with the second annual clean-up, paint-up plan for beautification of the town, able speakers brought the various important phases of tree and shrub planing before the gathering not only in their discussions of the topic, but in colored slides shown on a large screen. Cost for tree and planting will range from $7 to $10 each. Trees recommended are the American elm, sugar maple and roundwood or red ash.

Check presented — Representing the Limestone Masonic Association, President Jeff Johndro and Masonic member Roger Johndro recently presented a check for $5,000 to Mark Morrow, project coordinator for the County Dialysis Center. Construction workers began renovations to the North Street Plaza location and expect to have it completed in mid-May for the late May opening.

Doody named LCS interim — Limestone’s search for interim superintendent has ended in what school officials say could be a new trend in school organization. Rod Doody, superintendent of SAD 20 in Fort Fairfield, was named for the position at the school board meeting. Doody will not give us his Fort Fairfield position but will remain at the school three days a week.  The other two days he will be in Limestone, serving as superintendent there. Working for both towns is something rather new for The County, but according to Doody, you could be seeing more of it in the future.

A familiar face to Aroostook County residents has announced her candidacy for the Maine State Senate.
Pets END_OF_DOCUMENT_TOKEN_TO_BE_REPLACED

One addition to last week’s “Kindness abounds” story on the generosity of local area youth: Just last week, 11-year-old Michaela stopped by the shelter armed with bags of dog and cat food and special treats.
What's Happening This Week END_OF_DOCUMENT_TOKEN_TO_BE_REPLACED