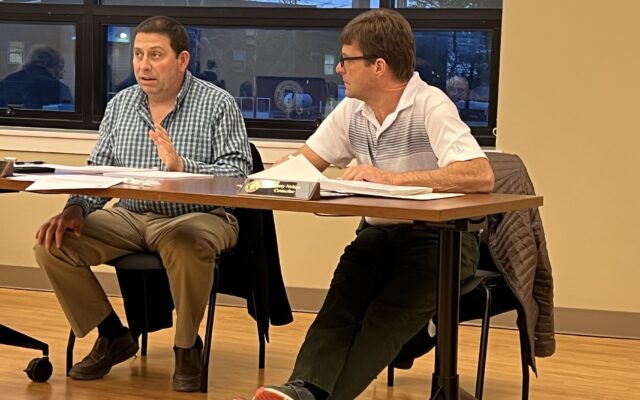 David DiMinno • April 12, 2022
The Presque Isle City Council is looking to reapportion the seats in the SAD 1 school district to allow for equal representation in voting.

PRESQUE ISLE, Maine — The Presque Isle City Council is looking to reapportion the seats in the SAD 1 school district to allow for equal representation in voting.

Currently, different districts have large differences in population, leading to unequal representation in votes. The council wants to work with SAD 1 leadership to properly reapportion the district.

School reapportionment has been a topic that has needed addressing for a number of years. The last time the topic was discussed was in 2016. The city and the superintendent’s office decided that it would be best to wait to pursue reapportionment until the 2020 census was completed. However, due to COVID-19, results of the census were delayed.

Presque Isle city councilor Craig Green brought this issue up briefly at the March City Council meeting, and has been a proponent of making sure all districts are represented equally.

“Since it has been 47 years since we put the current plan in place, the population has changed in where people live, although the overall number is not significantly different,” Green said. “This has caused many districts to be under-represented, and some just the opposite. In District 14, just over 200 people have the same influence as the entire town of Mapleton. So to be fair to the state law of 800-1,000 persons per seat on the board, we need to reapportion them.”

SAD 1 was formed in 1958 with Westfield and Presque Isle. Mapleton, Chapman and Castle Hill joined in 1961. This created 17 different districts, but in 1973, it was decided that the district needed to be reapportioned to reflect the “one-person, one-vote principle.”

Before the 2020 census, each district member represented approximately 851 people. After the census, that number has been reduced to approximately 706.

From 1970 to 2020, there has been a 17 percent population decrease of SAD 1 communities. Some districts now have an increased population, while others have decreased. In order to examine the changes to the population, Presque Isle City Manager Martin Puckett reviewed the current number of registered voters, housing complexes and area subdivisions.

There have been many housing developments since 1970, which has altered the populations of several districts, Puckett said. After assessing the population changes, disproportionate number of registered voters and changes in Presque Isle’s housing units, Puckett said that further examination is required to make sure that all districts are apportioned equally to comply with the 14th amendment of the constitution.

Puckett has had a conversation with SAD 1 Superintendent Ben Greenlaw, who will bring the issue up with the school board.

Next year's Caribou City Council will include a new member and a longtime councilor thanks to Tuesday's election.
Pets END_OF_DOCUMENT_TOKEN_TO_BE_REPLACED

Happy fall to you all.  It has been a super beautiful one so far. The harvest has gone well and the temperatures have remained warm, so enjoy these rare days because before long we will be into the winter months, and we all know what that means.
What's Happening This Week END_OF_DOCUMENT_TOKEN_TO_BE_REPLACED