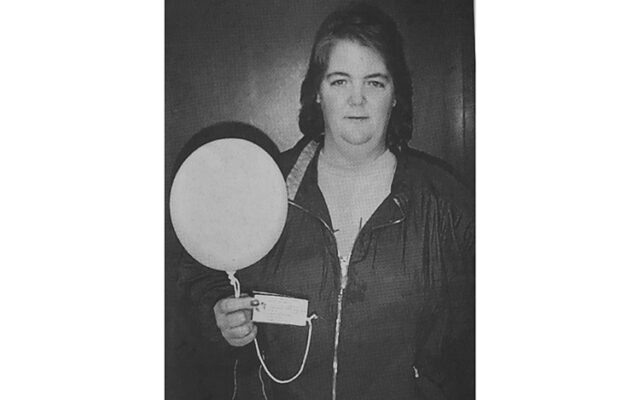 Contributed • May 17, 2022
115 Years Ago - May 15, 1907 Fire damages property -- On Thursday the Fire Company was called to Monticello to protect property adjoining the B. & A. passenger depot, which caught fire about 8:30, and was totally destroyed.

Fire damages property — On Thursday the Fire Company was called to Monticello to protect property adjoining the B. & A. passenger depot, which caught fire about 8:30, and was totally destroyed.

The steamer was taken on a special train with house and men, but when they reached the depot it was in ruins and the steamer was used to play on the ruins and to protect the potato house. It was said that the fire was caught from a passing locomotive.

Work being done in town — Work on the Main Street park is progressing well. A line of elm and maple trees has been set out on the sides, and on the east side a row of fir trees has been planted under the supervision of RobertPalmer, who has had a great deal of experience in this line.

Local artists heard at Houlton theater —  Through a novel arrangement between the Houlton Theater and the recording studio of Lee J. Bell, the talents of many local singers and musicians will be enjoyed by the patrons of the theater. For the next few weeks, as part of the regular theater program, these recordings will be used instead of those made by nationally famous bands and artists.

Mutual aid agreement signed by four towns — Mutual aid agreements between Houlton and the communities of Presque Isle, Mars Hill and Woodstock were approved Monday night during a regular meeting of the town council. The agreements would permit any of the towns to call upon the other for aid and assistance in the event of fire or an emergency. Town Manager Thom Willard said mutual aid agreements greatly increase the town’s firefighting capability, and would be used only as “extreme backup measures.”

Sunday concert by Gospelaires attracts 400 — The Gospelaires, a gospel singing group from Fredericton, New Brunswick, sang to an audience of approximately 400 Sunday at the Houlton High School. There were guests from Saint John and from Old Town. Participating in the program was the Rev. H. O. McGeorge of the Wesleyan Church, who offered prayer.

Logging museum marks 35 years — The Lumberman’s Museum on Route 159, just off Main Street in Patten, has a lot to celebrate. The museum is on a road on which for more than 150 years, thousands of woodsmen passed with their horses and supplies to cut, haul, or drive logs of pine and spruce. The museum will be celebrating its 35th anniversary all year. The museum originated through Dr. Rogers and Caleb Scribner. Rogers, a chemist, was raised in a lumbering family. Scribner was a woodsman and a warden. Together, in their desire to preserve the lumber industry in Northern Maine for others to see, they started the museum in a back room at the town library. Rogers then decided to finance the project and the two built a building on the present site. Rogers, in his 90s and blind, knew where every item was in the museum. In 1962, with consideration for Roger’s age and desire to have a museum for future generations to share, the museum went nonprofit and was run by a board of directors.

June is generally a month that also marks the height of “kitten season,” when large litters of kittens are born and often end up in animal shelters.   Luckily, here at the Central Aroostook Humane Society, we have seen a dramatic drop in the cat population over the past five years, mostly due to our spay and neuter program.
What's Happening This Week END_OF_DOCUMENT_TOKEN_TO_BE_REPLACED