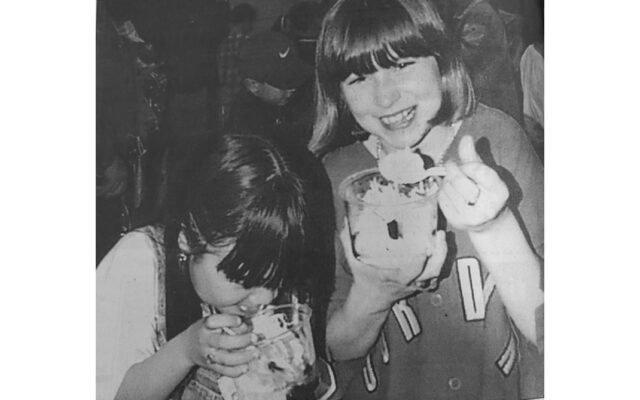 New Barber Shop Opens – Mr. James Hoyt of Portage , has opened a barber shop here, and will be glad to see all his old friends in the chair.

Laying out the New – A peculiar circumstance happened in connection with the laying out of the new trotting part on Bangor St. when Houlton’s first park was laid out the lines and grades were run by Parker P. Burleigh of Linneus. When the Putnam park was laid out the surveyor was Albert A. Burleigh, and at the present time Everett E. Burleigh is running lines for the new park, all the surveying having been done by three generations of Burleighs.

Lycette Pitches Locals To First League Win –  The Houlton Shiretowners racked up their first win of the season last Wednesday at Caribou behind the steady hurling of Paul Lycette by the margin of 18-11. Paul was in rare form despite the January (like) weather. His blazing fastball caught 12 batters stiff legged and only five reached first on walks. He was touched for 11 safeties and 10 runs by Caribou, but the heavy sticking of Martin Smith, who hit three doubles and a single in four trips, and Herby Burtt, who got three for six, kept him in the lead all the way. Paul helped by getting two hits and scoring one of the 18 runs.

Honorably Discharged –  Merland Brewer, who has been stationed in Oklahoma for some time, has received his honorable discharge from the U.S. Army and returned to his home here last week with his mother, Mrs. Lottle Brewer.

Hospital Gets $461,370 From Hill – Burton –  Justice James P. Archibald, President of the Board of Trustees of the Houlton Regional Hospital, announced today that the Health Facilities Council in Augusta has approved the allocation of $461,370.00 in Hill-Burton Funds for the new regional hospital. Dr. Dean Fisher, Commissioner of the Council, commented in his letter to Justice Archibald that “The Health Facilities Council feels that the Hospital should be commended on their remarkable accomplishments in joining the two former Houlton hospitals into one institution and their excellent planning efforts towards construction of a new physical plant.”

Receives Early Army Promotion –  Sally A. DeWitt, daughter of Mrs. Frances E. Dewitt of 54 High St. in Houlton, recently was promoted to private pay grade E-2 upon completion of basic training at the Women’s Army Corps Center, FT. McClellan, Ala. The promotion was awarded two months earlier than is customary under the Army policy providing incentive for outstanding trainees. The promotion was based on her military bearing, leadership potential and scores attained during the training. During her eight weeks of training, she received instruction in Army history and traditions, administrative procedures, military justice, first and field training. Pvt. DeWitt received her training with Company D., WAC Training Battalion at Ft. McClellan. She is a 1971 graduate of Houlton High School. Her father, Dewey DeWitt, lives in Presque Isle.

County Dialysis center opens – The realization of over a year’s worth of planning, coordination, and fundraising activities was accomplished on Wednesday, May 28, with the opening of Aroostook County’s first and only dialysis center in Presque Isle.. A cooperative project between the Aroostook Medical Center, and Eastern Maine Medical Center, the County Dialysis Center provided dialysis services the three of the center’s first 12 patients on opening day.

Cummings named A.D. at GHCA –  Nurturing the ground, sowing seeds, watching with care, while anticipating the harvest of fruits. Terry Cummings is planting a garden of sorts, he’s cultivating a field of athletes. Cummings has accepted the appointment of the new Athletic Director of the Greater Houlton Chirstian Academy.

June is generally a month that also marks the height of “kitten season,” when large litters of kittens are born and often end up in animal shelters.   Luckily, here at the Central Aroostook Humane Society, we have seen a dramatic drop in the cat population over the past five years, mostly due to our spay and neuter program.
What's Happening This Week END_OF_DOCUMENT_TOKEN_TO_BE_REPLACED