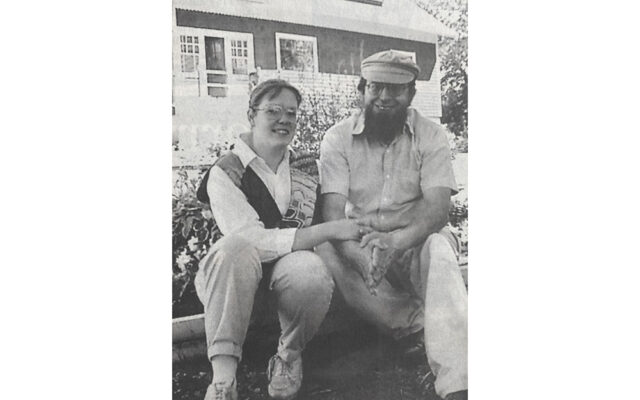 Lanette Virtanen • July 14, 2022
115 Years Ago - July 11, 1907 Contract to build library -- Astle and Page have the contract to build the Carnegie Library at Presque Isle to be built from plans furnished by S. C. Page. The building will be brick. They begin work on Wednesday.

Contract to build library — Astle and Page have the contract to build the Carnegie Library at Presque Isle to be built from plans furnished by S. C. Page. The building will be brick. They begin work on Wednesday.

Returned with a touring car — G. W. Irving returned last night with a Corbin ‘Full Jewel’ 24 horsepower touring car. He left Boston in the car driven by Russell Campbell, a chauffeur, and expert, from the manufacturers of the car, on Saturday. The run was made from Boston to Kennebunk, 100 miles, in five hours, the roads being fair. From Kennebunk to Portland, 26 miles through constant rain and mud, one hour and three-quarters. From Portland to Bangor, 146 miles, eight hours, still raining. From Bangor to Mattawamkeag, 57 miles, three hours, after a heavy rain and the mud was very deep. From Mattawamkeag to Houlton, 60 miles in five hours. This run was made over 35 miles of new turnpike and the rain had made a perfect mortar bed. The trip from Houlton to Caribou was made in almost constant thunder showers. No time taken. This trip was made to test the satisfaction of the Irving & Ricker Co., who are to take the agency, that the air cooled Corbin is superior to the water cooled system. It was found that at no time during this most severe test did the cylinders become so hot that it would burn the fingers if placed upon them. When the car reached our streets it was covered with mud that it was hardly possible to determine the color of the paint. Irving & Ricker Co. are satisfied that it is not only the most powerful, but at the same time is among the swiftest cars on the market.

A new store elsewhere — H. G. Sawyer of Fort Fairfield has purchased the drug store of H. K. Priest in Bangor. Mr. Priest formerly was employed as a registered druggist in Caribou, later going to Bangor where he has been very successful. His time is so thoroughly occupied with the manufacture of Priest’s Proprietary medicines that he thought it best to dispose of his drug store.

Moved to Salem Massachusetts — Dr. Euna Russell, osteopathist, who was for a time in Caribou practicing with Mrs. J. E. Hall, later going to Presque Isle, then to Fort Fairfield, has gone to Salem Mass., having received a Massachusetts license. Miss Robinson, an Aroostook county girl, will go to Fort Fairfield in August to take Dr. Russell’s place. Until her arrival there, Mrs. Hall will make regular weekly trips to that place.

Summer Recreation program opens first week with total attendance of 2661 — Attendance at the three Caribou summer recreation centers totaled 2661 for the first week, was announced today by Director Emery Plourde. Largest attendance for the week was at the swimming pool where 1585 registered for instructions and fun at this popular hot weather spot. An outdoor basketball court built by Coach Freeman Brewer is proving popular to many of the boys at the Teague Park grounds. Phylis Martin has been assisting in the supervisory work, the story hour, at the swings and in volleyball at the Bridge St. grounds.

Smokey visits Caribou library — At least 30 youngsters from around the area crowded into the Caribou Public Library last week for a visit from Smokey Bear. Assisting Smokey was Forest Ranger Thomas Martin.

Forbidden foods for our four-legged friends are many and can be very dangerous if ingested. Sometimes, we give our pets leftovers or what we consider treats. According to many sources, some human foods can make an animal very sick, and in certain cases can even be lethal.
What's Happening This Week END_OF_DOCUMENT_TOKEN_TO_BE_REPLACED