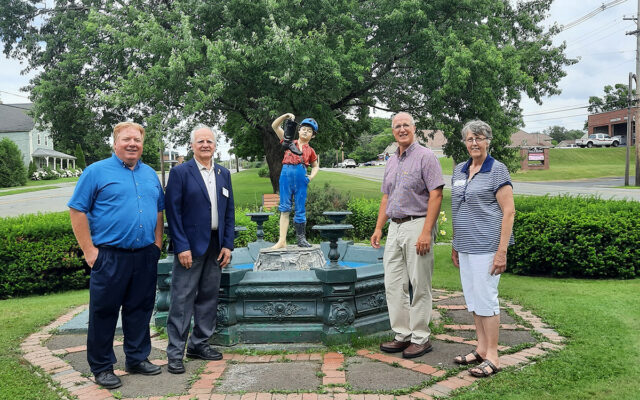 Tracy Rockwell, Houlton Rotarian • August 1, 2022
Each year, a new theme is set forth by the incoming Rotary International President.

HOULTON, Maine – Each year, a new theme is set forth by the incoming Rotary International President. 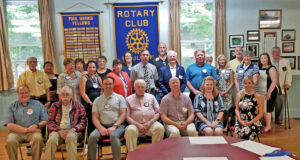 “Imagine a world that deserves the best, where we get up each day knowing that we make a difference,” Jones said.

Along with the new local officers and board members, a new Rotary International President, and a new theme, comes a new district and new District Governor for the Houlton Rotary Club.

On July 1, the Houlton Club became part of District 7790, which has nearly 1,700 members and 60 clubs. The district stretches from Rangeley, south to the city of Lewiston, east to Rockland, along the Atlantic coast to Bar Harbor, northwest to Old Town, then skips into the Province of Quebec, Canada and includes the cities of Trois Rivieres, Quebec and Sept-Iles.

The district also included the Lac St-Jean area and the south shore of the St-Lawrence River up to Matane.

Ten new clubs, including Houlton, were added to the existing district, from Fort Kent and along the eastern boundary of Maine to Machias.

The Houlton Club had the pleasure of hosting the District Governor for the 2022-23 year on Monday, July 25. Denis Blouin, a member of the Rotary Club of Sept-Iles, started his year off as District Governor with a tour of most of the Aroostook County-based clubs, beginning with Houlton. Blouin indicated it was his first time in the state of Maine.

Blouin spoke about Rotary’s core values, goals and actions plans for the upcoming year, district projects, and the 2023 District Conference, which will be held in June 2023 in Sept-Iles.

He also stated that the local clubs, as well as Rotary International, have faced many challenges over the past two years with the pandemic but quickly reminded all that, “…each challenge has a solution, and we need to work together to find that solution.” 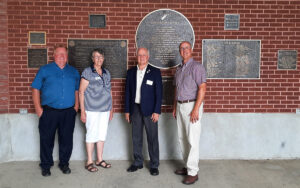 He concluded his visit by meeting with the Board of Directors and Officers, and with a brief tour of some the projects the Houlton Rotary Club have been an instrumental part in or supporting organization of, like the Amphitheater, the Boy and the Boot, Derby Hill, the Little League field, the skateboard and disc golf parks, and the Just for Kids Playground.

Most of us have had just about enough of hearing about COVID-19 and the different variants that are popping up, but unfortunately, this pesky virus is still around.  It’s important to know a few warning signs and tips if you think you or your furry family members are affected with this illness.
What's Happening This Week END_OF_DOCUMENT_TOKEN_TO_BE_REPLACED