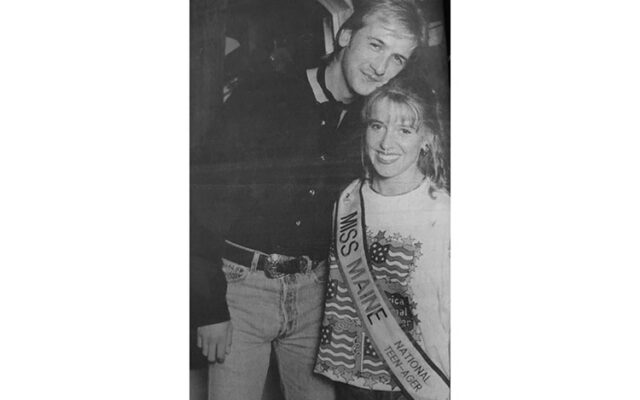 Contributed • August 17, 2022
75 Years Ago - Aug. 14, 1947 Diamond will be dedicated to Bob Ruth — The Houlton Town Council voted at a meeting Monday evening to name the new baseball field at Community Park in honor of Robert M. Ruth, former star athlete at Houlton High School, who was killed in action in France, July 29, 1944.

Diamond will be dedicated to Bob Ruth — The Houlton Town Council voted at a meeting Monday evening to name the new baseball field at Community Park in honor of Robert M. Ruth, former star athlete at Houlton High School, who was killed in action in France, July 29, 1944.

Ruth, the son of the late Herbert H. and Mae Ruth, attended Houlton High School from 1933 to 1937, when he graduated. He played guard in football and basketball, and for three years was an outstanding catcher on the varsity baseball team. In all three sports he was voted to the All-Aroostook teams. He was one of the most outstanding athletes ever to attend high school, and was always a real sportsman. He attended the University of Maine for one year, and entered the U.S. Army in January 1941, serving with the 2nd Armored division, Infantry, when he was killed in 1944.

Baseball school here is “satisfactory” — The first Major League Baseball school ever to be held in Aroostook County reached a climax Friday morning, Aug. 8, when Bill O’Connor of the Brooklyn Dodgers and his assistants, Hank Swasey, University of New Hampshire coach, and Jim Ferrante of the Dodgers watched the candidates during a regulation game on the newly constructed field at Community Park. All three of the Dodgers’ staff expressed satisfaction with the school and with the possibilities of the candidates.

Police lab gets another $1,500 — The new photo lab that has been established for the Police Department will receive another $1,500 worth of equipment, it was announced Monday night during a regular meeting of the town council. Council authorized Town Manager Thom Willard to request sealed bids for the photo equipment, and it was pointed out that the $1,500 is being made available through federal funds, and that no local tax monies will be involved.

Mental health center opens facility in Patten — The Aroostook Mental Health Center, with the Houlton base at the Houlton Regional Hospital, Military Street Division, has opened a new facility in the Patten Community Center to be open every Wednesday from 10 a.m. – 3 p.m. The clinic will serve the Patten area, including Island Falls, Sherman Mills, Sherman Station, Crystal, Stacyville, Benedicta, Patten, Smyrna Mills and Silver Ridge Township. Offered will be all types of counseling, including those related to marriage counseling, adolescent counseling, group therapy, play therapy, psychiatric evaluation, alcoholic problem counseling, and community classes.

Hodgdon Lady Hawks — With just two weeks into the 1997 high school soccer season, area teams are still looking to develop solid on-field skills and are hoping to improve with each game. In this week’s girls action, Hodgdon evened their season record to 1-1, while the Houlton Lady Shires are behind the eight ball with 0-2 start.

Hodgdon Scout helps beautify local cemetery — Very few 14-year-olds spend their Saturday mornings in a cemetery. However, last Saturday, one Hodgdon Boy Scout, along with some family and friends, were helping to beautify the Hodgdon Cemetery. Andrew Hemmingway is the driving force behind a “fix-up” project at the cemetery, located on Walker Road. In order to advance to the Eagle Scouts, Hemingway must complete 100 hours of community service, and thought cleaning up some of the older headstones would be a good way to volunteer his time.

Next year's Caribou City Council will include a new member and a longtime councilor thanks to Tuesday's election.
Pets END_OF_DOCUMENT_TOKEN_TO_BE_REPLACED

When I wrote the first story of our dog Odie, I didn’t know that I would write a Part 2, but there were so many more stories that I decided more of this little dog’s story needed to be told.
What's Happening This Week END_OF_DOCUMENT_TOKEN_TO_BE_REPLACED