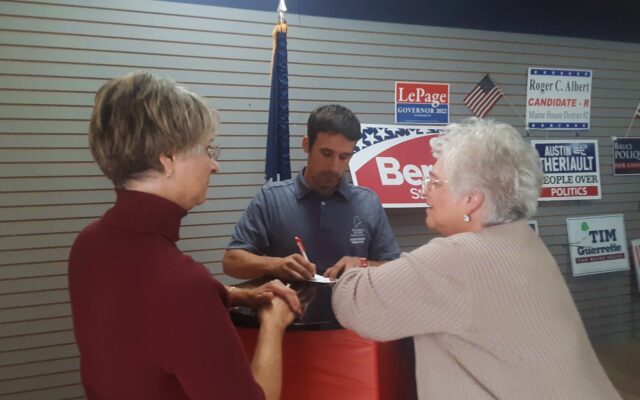 Jessica Potila • September 28, 2022
The need for change in Augusta was the primary focus of Republican candidates who spoke at a grand opening of the Fort Kent party headquarters on Friday, Sept. 23.

FORT KENT, Maine — The need for change in Augusta was the primary focus of Republican candidates who spoke at a grand opening of the Fort Kent party headquarters on Friday, Sept. 23.

“Any solid foundation for a house is built from the ground up,” Theriault said. “Sometimes you have to remodel and start over again.”

Theriault, a former NASCAR driver and businessman, is running against Democrat Dana Appleby for the House District 1 seat being vacated by Rep. John Martin, D-Eagle Lake, due to term limits.

“We need to change the siding, the roofing, the plumbing, the keyword here is change, and in my district that is what I am trying to put across,” Albert said. “I’m not a politician but dog-gone-it I will go to Augusta and look to make changes.”

Bernard, the lead House Republican on the Legislature’s Economic Development Committee, cited the rising cost of energy as one of the most important issues facing voters in her district.

“It’s not partisan to say I’m worried about energy. I’m very worried about the cost of living, that seems to be the common theme,” she said.

Bernard said energy expenses are also driving the cost of food on grocery store shelves, to which Albert agreed.

Bernard also expressed concern for the rise in crime and drug use in northern Maine.

“We have to make sure to have tough penalties on drug dealers and help for those who have become victims of it,” Bernard said.

Babin said there is one word that keeps repeating regarding current representation in Augusta and that is “change, change, change.”

“There are some issues not being addressed properly and other issues that need to be addressed,” Babin said.

Theriault said now is the time to address those issues and the Republican candidates are ready to lead that change.

“If someone has been in office for 20 or 30 years and hasn’t been able to achieve what you want to achieve, it’s probably time for someone else to have a stab at it,” Theriault said. 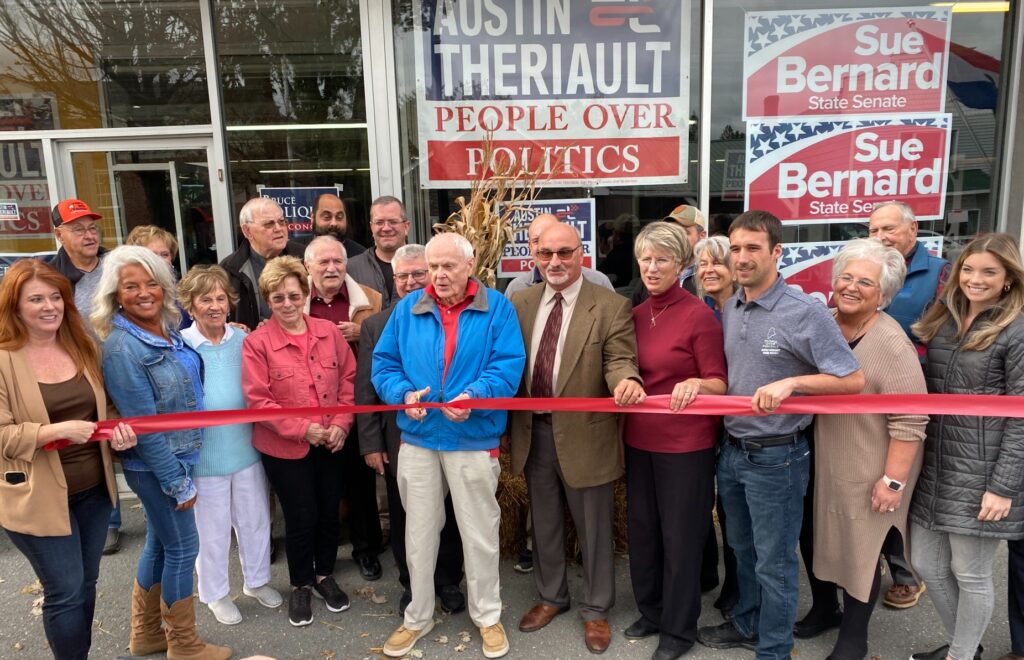 Next year's Caribou City Council will include a new member and a longtime councilor thanks to Tuesday's election.
Pets END_OF_DOCUMENT_TOKEN_TO_BE_REPLACED

Everyone who enjoys the company of a dog knows that sometimes dogs have strange behaviors.  They may arrive in your life with the behaviors already in place, or perhaps they are adopted as a puppy and develop a behavior young.
What's Happening This Week END_OF_DOCUMENT_TOKEN_TO_BE_REPLACED