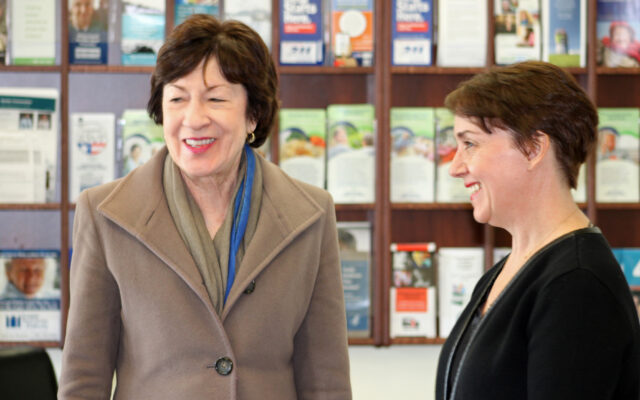 Paula Brewer • November 23, 2022
If Congress approves in 2023, Aroostook County seniors will find more services in communities near where they live.

PRESQUE ISLE, Maine — If Congress approves in 2023, Aroostook County seniors will find more services in communities near where they live.

Collins has proposed $862,000 in federal funding for the organization’s Access Points for the Aging. The concept would create around 15 centers throughout The County where older people can participate in classes, seek help and make social connections without having to travel as far. With benefits offered closer to home, agency officials say seniors will be less isolated and able to stay longer in their own homes.

The senator is pushing for congressional funding so the agency can reach more seniors in rural areas of Aroostook, she said. Helping people interact with others, even in the winter, for an exercise class or a session that teaches them how to avoid falls, benefits their health and well-being.

Agency on Aging programming, which also includes Medicare and insurance assistance, Meals on Wheels and recreation, brings people together, the senator said.

After meeting with program participants, Collins was impressed with the large number of volunteers under the agency’s wing, including some of her classmates from Caribou High School.

In many parts of the state people have found it difficult, both during the pandemic and in its aftermath, to stay involved in their communities.

“Here in The County, I think we’re very fortunate because there’s a very strong sense of caring and community,” Collins said.

The importance of community Countywide is what Agency on Aging Executive Director Joy Barresi Saucier is banking on to carry the Access Points for the Aging effort to fruition.

Though the project is only a proposal at this point, the agency will investigate communities throughout The County that might have available public spaces. These would become the access points, where the agency could offer in-person or video programs and host gatherings.

Staff are planning now so if the funding happens, they’ll have communities chosen and be ready to proceed with adding technology and volunteers to carry out programs. 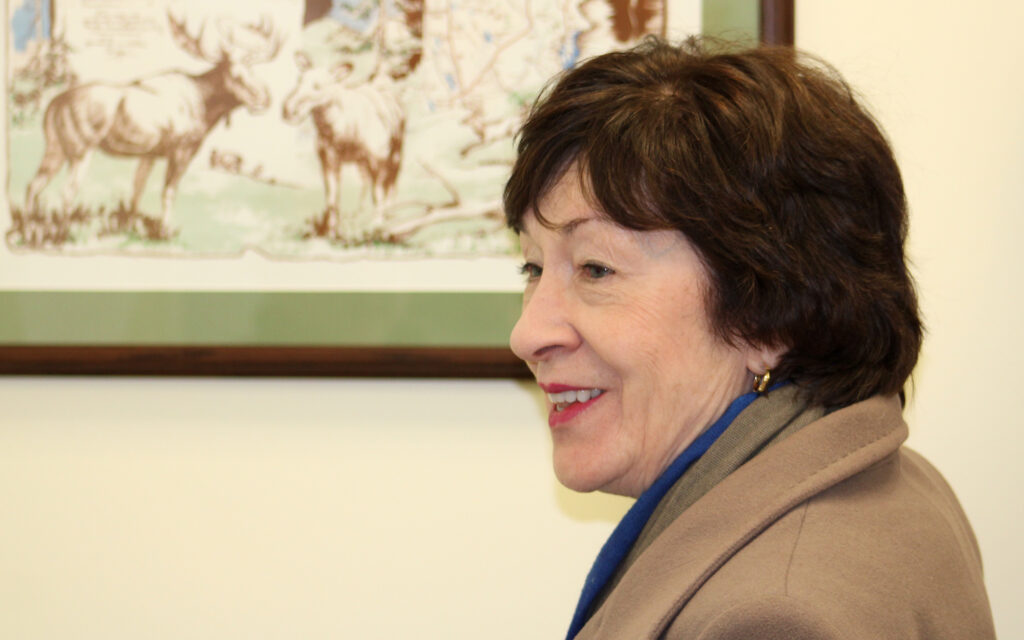 If the congressional money falls through, they will seek additional funding and proceed at a much slower pace, she said.

For Dottie Sines, master instructor of the agency’s A Matter of Balance programming, it’s about giving seniors a reason to get out of the house.

The more seniors who have access to helpful programs and social interaction, the more likely they can remain in their homes longer. And being able to get to those programs allows them to socialize and meet new people.

Maine was the first state to adopt A Matter of Balance, which was created 20 years ago by a Boston physician and a physical therapist, Sines said. The class teaches people how to avoid falling and how to make their homes safer, and provides encouragement to discuss with medical providers what symptoms or conditions they have that could make them susceptible to falling.

Professionals such as occupational therapists often join in to answer questions and offer tips, Sines said.

Such programming makes sense for older people, because it’s easier to prevent a fall or fracture than to have to deal with one that could have been avoided, she said.

The access centers would work much like a Matter of Balance class in Danforth. Participants decided they’d rather gather as a group, so found a space in their community where they could stream the video and enjoy it together.

Barresi Saucier hopes the Access Points for the Aging plan will gain the green light from Congress. Its goals — to bring services, education and opportunities to socialize — mirror those of the agency’s strategic plan and the requirements it has to meet as part of its Older Americans Act funding.

“If we were to get the funding, there’s a lot of work to be done,” Barresi Saucier said. “Now we wait.”

Next year's Caribou City Council will include a new member and a longtime councilor thanks to Tuesday's election.
Pets END_OF_DOCUMENT_TOKEN_TO_BE_REPLACED

When I wrote the first story of our dog Odie, I didn’t know that I would write a Part 2, but there were so many more stories that I decided more of this little dog’s story needed to be told.
What's Happening This Week END_OF_DOCUMENT_TOKEN_TO_BE_REPLACED