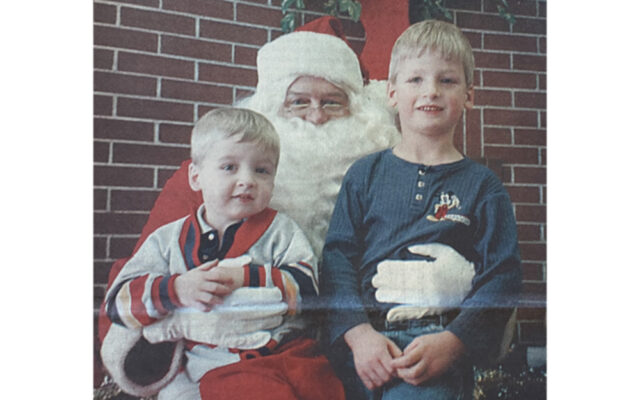 Lanette Virtanen • December 14, 2022
115 Years Ago - Dec. 12, 1907 A company doing great work -- The Caribou Hydraulic Company is a local institution, a local industry and is already giving steady employment to several men. The company has considerable work in view, and is now busy making brick of a superior quality.

A company doing great work — The Caribou Hydraulic Company is a local institution, a local industry and is already giving steady employment to several men. The company has considerable work in view, and is now busy making brick of a superior quality.

Making a change to Caribou — Harry B. Beals, who has been a valued assistant in Hopkins Brothers’ store for the past four years, severs his connections with that house the coming Saturday, and will thereafter have charge of the front store of Shaw & Mitton, Caribou. Mr. Beals has proved not only a competent man, but a reliable, pleasant and likable one. Many will regret his departure from Fort Fairfield, and Caribou is always anxious to welcome such desirable citizens.

New tanks — The Standard Oil Co. has received new tanks especially designed for winter which will be used in delivering gasoline and kerosene. The rear wheels are of the caterpillar tread type and in front are runners instead of wheels, and the engine appears powerful enough to plow through any kind of a snow drift.

Christmas trees — Some 35,000 Christmas trees for sale in Boston and other New England cities passed through Fredericton, New Brunswick, the other day from points along the St. John River. It really looks as if some people in New England mean to celebrate Christmas in spite of the hard times.

R. Irvine Gammon named associate editor of Coronet — R. Irvine Gammon, son of C. C. Gammon, Caribou, has recently been appointed associate editor of Coronet magazine. Gammon, a graduate of Caribou High School, was formerly Aroostook County editor for the Portland Press Herald and later a member of the editorial staff of Life magazine. For the past year he has been New York manager for Margaret Ettinger and Company, a public relations organization.

Gift baskets promoted by Caribou chamber — To help advertise Maine, Aroostook and Caribou, the local Chamber of Commerce has been taking orders for selected potatoes in a new potato basket of about a bushel size and mailed for Christmas gifts. This idea was tried last year by a local businessman and many favorable reports were received. Baskets are being expressed anywhere east of the MIssissippi at a total cost of $5.75. Most of this cost is found in express charges and for the basket. The chamber is working on plans for next year for a smaller package, one that can be shipped cheaper and one that may be more popular for gifts.

Ribbon cutting — Rossignol’s Neighborhood Store is located on Route 162 in downtown Sinclair. The store is under the ownership of Mike and Sue Rossignol.  Located near the Long Lake boat landing and off the snowmobile trails, it is open year round. Aside from offering a wide variety of convenience items and ready made food, they are a licensed game tagging station for hunters. They also have two apartments for rent by the night of the week. At the ribbon cutting were: Patty Corriveau, director for the Caribou Chamber of Commerce; Susan Rossignot, owner; Michael Rossignol, owner; Richard Rossignol, customer and Kirk Tibbetts, executive director of the Caribou Chamber of Commerce.

Next year's Caribou City Council will include a new member and a longtime councilor thanks to Tuesday's election.
Pets END_OF_DOCUMENT_TOKEN_TO_BE_REPLACED

When I wrote the first story of our dog Odie, I didn’t know that I would write a Part 2, but there were so many more stories that I decided more of this little dog’s story needed to be told.
What's Happening This Week END_OF_DOCUMENT_TOKEN_TO_BE_REPLACED