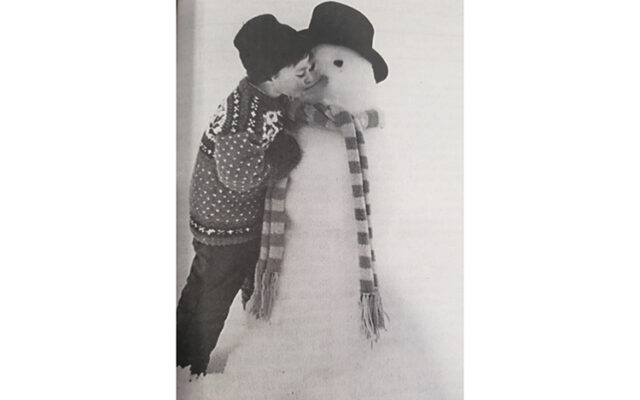 Contributed • December 14, 2022
75 Years Ago - Dec. 11, 1947 Ricker hoops win one, drop two – The Ricker Junior College Quintet opened their season with a victory over the Woodstock Senators, a loss to the Maine Maritime Academy, and one to the Emerson Pills of Millinocket. This Saturday evening in the Hodgdon High Gymnasium, the Ricker Raiders will entertain the Maine Maritime Club and seek their second win.

Ricker hoops win one, drop two – The Ricker Junior College Quintet opened their season with a victory over the Woodstock Senators, a loss to the Maine Maritime Academy, and one to the Emerson Pills of Millinocket. This Saturday evening in the Hodgdon High Gymnasium, the Ricker Raiders will entertain the Maine Maritime Club and seek their second win.

Fire department officers – The annual election of officers of the Island Falls Fire Department was held Dec. 2, as follows: Chief, Eli Brooks; assistant, Elwyn Astle; Captain, Ronald Stairs. They are to continue drill and a new hose has been installed on the McCann truck.

Hal Bubar is recreation director – Harold Bubar, athletic director at Ricker Classical Institute and Junior College, has been named director of recreation for Houlton, it was announced Monday night by the town council. Bubar was approved by the recreation committee from several applicants and his appointment was confirmed by the council. He replaces Robert P. Hunter, first supervisor of this department here, who organized the program and who has conducted it for the past 18 months.

Patten native is named Air Force recruiter – TSgt. Paul E. Chamberlain of Patten has taken over the Air Force Recruiting Office at 485 Main St. in Presque Isle. Sgt. Chamberlain is a 17-year Air Force veteran. He was born and raised in Patten and is a 1954 graduate of Patten Academy. Sgt. Chamberlain has seen duty in Japan, Taiwan, Vietnam, Newfoundland and Thailand. His stateside bases have seen him stationed literally from coast to coast, Florida Montana, California, Louisiana, these being a few of the many.

Shiretowners are undefeated at Christmas break, 6-0 – The Houlton Shiretowners are headed into the Christmas break with an unblemished 6-0 record after defeating Presque Isle and Fort Fairfield this week. The Shires are in first place in the Eastern Maine Class B Heal Point standings that were released on Monday afternoon.

Next year's Caribou City Council will include a new member and a longtime councilor thanks to Tuesday's election.
Pets END_OF_DOCUMENT_TOKEN_TO_BE_REPLACED

When I wrote the first story of our dog Odie, I didn’t know that I would write a Part 2, but there were so many more stories that I decided more of this little dog’s story needed to be told.
What's Happening This Week END_OF_DOCUMENT_TOKEN_TO_BE_REPLACED