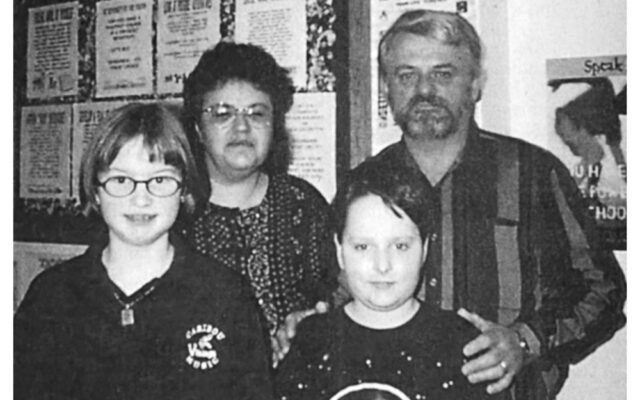 Lanette Virtanen • December 29, 2022
115 Years Ago - Dec. 26, 1907 Busy day -- Tuesday was a busy day with Caribou merchants. Many traders report the Christmas business ahead of last year; and this, too, in a year when Aroostook is supposed not to have any money.

Busy day — Tuesday was a busy day with Caribou merchants. Many traders report the Christmas business ahead of last year; and this, too, in a year when Aroostook is supposed not to have any money.

Back in town — Herman Anderson, the New Sweden photographer, who has been working for a couple of months for F.E. Neeley of Houlton, was in town Saturday. He will again open his studio in New Sweden.

Christmas spent at home — Miss Elvera Erickson spent the Christmas holidays at her home in New Sweden. MIss Erickson has been in the employ of the Crockett Woolen Mill.

Earning their money — The six rural mail carriers certainly earned their money last week, their bags being packed to the limit, heaped up and running over, when leaving the office.

Caribou growers contribute a carload of Maine potatoes, Christmas gift to Scotland — Over 400 barrels of fine Aroostook potatoes were lauded to the E.W. Larkin potato house, the gift of Caribou growers to citizens of Glasgow, Scotland. The Larkin house presented a busy scene when racking, grading and packaging operations were in progress. A full carload of 500, 100-pound sacks was loaded and will be moved to Boston, where the potatoes will go aboard the S. S. ‘Yankee Friendship’ along with $2,500,000 worth of other products, gifts of New England to underprivileged families of Scotland. The specially printed bags for Caribou’s potatoes were donated by the Maine Potato Bag Co., and are marked: ‘100lbs. Net,, U.S. No. 1 Maine Potatoes, Caribou Brand, Trade Mark Registered (courtesy Carl Johnson) via S.S. Yankee Friendship, to the People of Scotland, the Gift of the Potato Growers of Caribou, Maine, U.S.A., Christmas, 1947.’ The trademark is a Caribou head and the bag is printed in red and blue.

Family donates home to Cary — The property of Dr. B.L. Pratt may once again be used by the citizens of Caribou, as representatives of the estate wish to donate the Pratt Livery Stables to Cary Medical Center. The Pratt property of Sweden Street in downtown Caribou, managed by Bert L. Pratt, Jr., son of Dr. Pratt, will be turned over to the city of Caribou after the City Council votes to approve the transaction. Dr. B.L. Pratt purchased the property in 1913. He was a veterinarian who served areas north of Caribou.

50th Anniversary — Floyd and Marie O’Neal celebrated their 50th anniversary recently with friends and relatives at the Dawn Barnes Elementary School in Caswell.

Next year's Caribou City Council will include a new member and a longtime councilor thanks to Tuesday's election.
Pets END_OF_DOCUMENT_TOKEN_TO_BE_REPLACED

When I wrote the first story of our dog Odie, I didn’t know that I would write a Part 2, but there were so many more stories that I decided more of this little dog’s story needed to be told.
What's Happening This Week END_OF_DOCUMENT_TOKEN_TO_BE_REPLACED