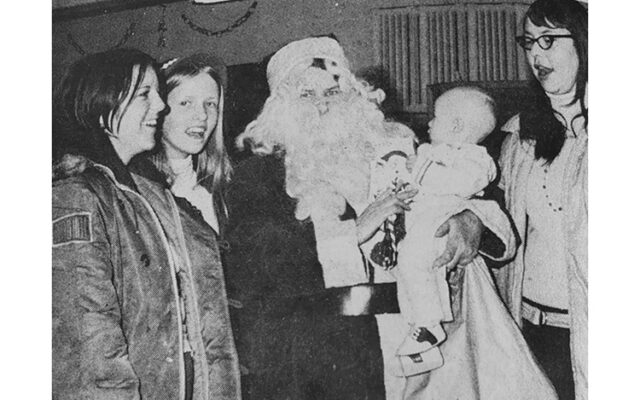 Contributed • December 29, 2022
75 Years Ago - Dec. 25, 1947 Police start fingerprinting — Expansion of the work of the Houlton Police department started this week when Officer Carl Smart began operation of the fingerprinting equipment acquired some time ago. Henceforth every person jailed by the local police will be fingerprinted and the prints will be filed and recorded.

Police start fingerprinting — Expansion of the work of the Houlton Police department started this week when Officer Carl Smart began operation of the fingerprinting equipment acquired some time ago. Henceforth every person jailed by the local police will be fingerprinted and the prints will be filed and recorded.

As early next year as it is possible to do so, a camera will be added to the equipment, and after that time malefactors will also be photographed in addition to having their fingerprints taken. Officer Smart is especially qualified to handle this work as a result of his six-week training course taken last year at the FBI school in Baltimore, which he completed successfully and for which he received a diploma and the report of a high rating from officials.

Former varsity stars prove too much for HHS court team — The Houlton Shiretowners host their first home game of the year Friday night by dropping a one-point contest to a capable alumni five. With a red hot center by the name of Verne Byers putting the ball through the hoop from all angles, the Alumni were able to pile up a 10-point margin at the half after leading by only one point at the quarter. Changing from man to man to a more familiar zone defense in the final half, the locals began catching up on the Alumni. The margin was cut to seven points at the third quarter mark, 37 to 34. With 30 seconds left to play the locals were trailing by only three, 46-43. Harbison scored to make it 46 to 45 and that’s the way it ended.

Officers elected by Happy Hour Senior Citizens  — The Happy Hour Senior Citizens met at the home of Mrs. Gertrude Miller Dec. 19 for their Christmas party. A short business meeting was conducted by the president. New officers elected for the coming year were Mildred Jewell, president; Respa Jewell, vice president; and Jeanne Rush, secretary and treasurer. Christmas carols were sung and gifts were exchanged. Refreshments were served at the close of the afternoon. The next meeting will be Jan. 10, and all senior citizens are welcome.

Late-night fire damages Littleton Farms Produce — A Littleton “landmark” recently received significant fire damage. Littleton Farms Produce, a well-known vegetable stand on U.S. Route 1, burned on Dec. 28 at approximately 10:50 p.m. According to Littleton Fire Chief Dwight Cowperthwaite, a faulty heat source was to blame for the fire. Fifteen firefighters, two tankers, one engine and one utility vehicle responded to the fire. Mutual aid was received from the Monticello Fire Department. The building was not insured.

Lady Hawks knock off Tigers, 44-42  —Using a tough fourth-quarter defense, the HOdgdon Lady Hawks tamed the visiting Fort Fairfield Tigers, 44-42, in last Monday’s basketball contest. The Lady Hawks improved their season record to 5-3 and picked up valuable points with the win. FOrt Fairfield drops to 5-4 on the season. With the game tied at 38- all with just over five minutes to play in the regulation, Hodgdon’s sharpshooter, Holly Quint, drained a trey, giving the Lady Hawks a 41-38 lead.

Next year's Caribou City Council will include a new member and a longtime councilor thanks to Tuesday's election.
Pets END_OF_DOCUMENT_TOKEN_TO_BE_REPLACED

When I wrote the first story of our dog Odie, I didn’t know that I would write a Part 2, but there were so many more stories that I decided more of this little dog’s story needed to be told.
What's Happening This Week END_OF_DOCUMENT_TOKEN_TO_BE_REPLACED