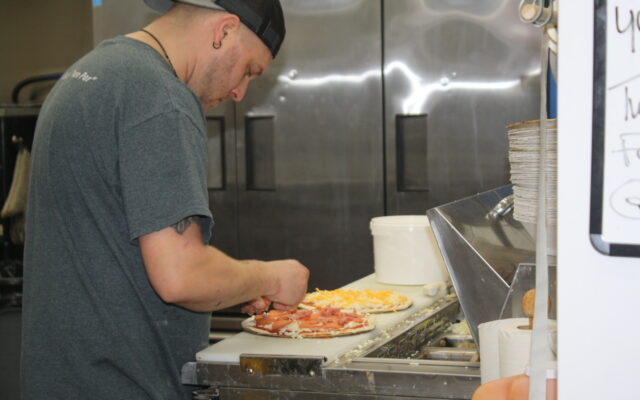 Melissa Lizotte • January 4, 2023
The following is the first of two articles highlighting some of the Caribou region's top business stories from 2022. This article highlights events from January through June.

Editor’s Note: The following is the first of two articles highlighting some of the Caribou region’s top business stories from 2022. This article highlights events from January through June.

The Old Iron Inn Bed & Breakfast in Caribou celebrated 30 years with the publication of a new book, “Make Yourself at Home: Tales from a Maine B&B.” In the book, Innkeeper Kate McCartney shares stories from people she has encountered at the inn and some of the inn’s most requested recipes.

Jason and Jennifer Grass of Fort Fairfield expanded their business Hill Gardens with the production of Maine’s hottest pepper sauces. The company has 16 licensed sauces, with their hottest sauce being Phoenix Fire, measuring at 2.6 million Scoville units. The Scoville scale measures the heat of the chili peppers against pure capsaicin, which is 16 million Scoville units. 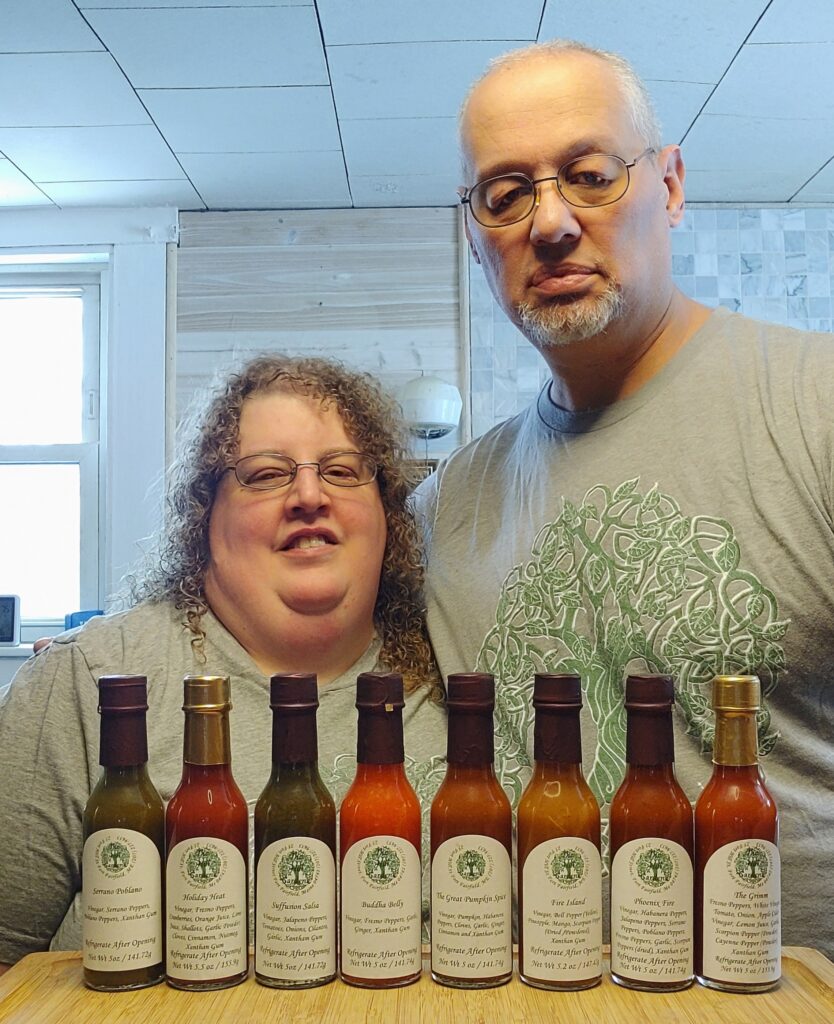 FORT FAIRLFIELD, Maine — January 17, 2022 — Jennifer and Jason Grass, owners and operators of Hill Gardens, standing with some of their hot sauces. (Courtesy of Jason Grass)

The Women’s Imaging Center at Cary Medical Center was awarded a three-year accreditation in mammography from the American College of Radiology. The accreditation applies to both 2D and 3D mammography using the MAM-MOMAT Revelation from Siemens Healthineers, a mammography system that Cary installed in September 2021, and recognizes that the system delivers quality care to women in need of mammography services.

Chris and Judy Richards, owners of The Par & Grill Restaurant in Caribou, celebrated 20 years of the restaurant’s opening. Chris Richards initially opened The Par & Grill in 2002 as a place for golf enthusiasts to practice their skills at an indoor simulation course, all while enjoying good food. Since then, the restaurant moved to its current location on Carroll Street and expanded to a full-service dining experience, famous for its American casual menu of steaks, burgers, sandwiches, salads and pizza.

Loring Job Corps in Limestone celebrated its 25th anniversary of teaching students ages 16-24 job skills in various trades and technologies. Since opening in 1997, the Limestone center has served approximately 15,000 students, many of whom travel to Job Corps from different areas of Maine and the country. Current students praised Job Corps as an affordable and supportive way for them to gain skills in college, military or the workforce. 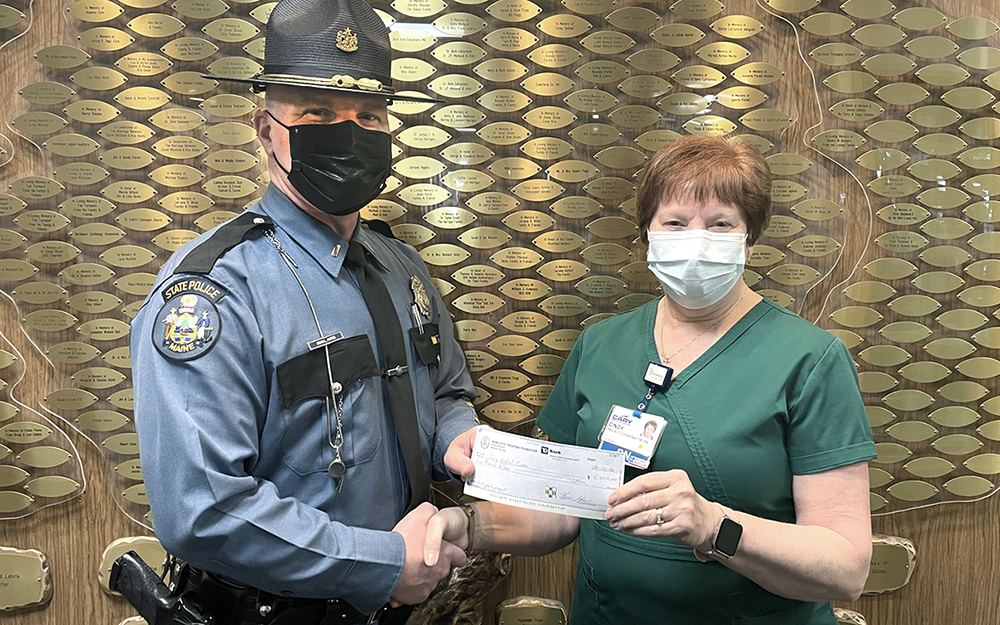 University of Maine at Presque Isle professor of geology and Caribou resident Kevin McCartney embarked on his second Fulbright Program research trip, this time to India. While there, McCartney continued his nearly four decades of research in the field of micropaleontology. McCartney previously undertook a Fulbright research trip to Poland.

The Central Aroostook Chamber of Commerce hosted a ribbon cutting for Bennett Drive Redemption in Caribou. The business celebrated its recent remodel, a result of the city’s facade improvement grant program. 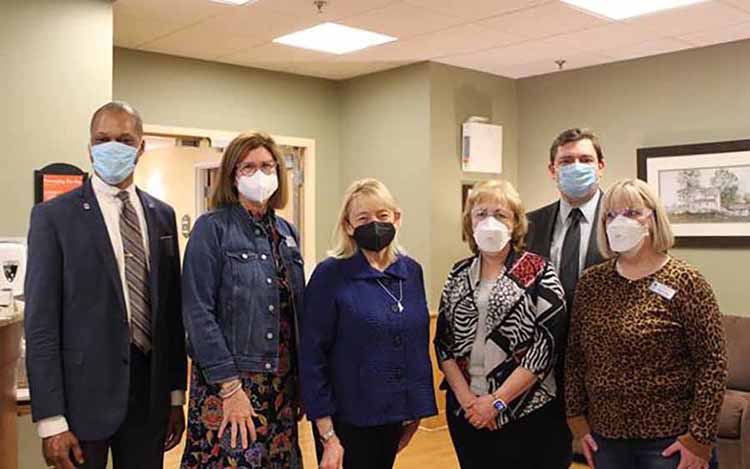 Atlantic Salmon for Northern Maine announced plans to build a fish hatchery in Caribou, where several hundred baby salmon will be reared and later released in the Aroostook River. The facility will become part of larger efforts to revive Aroostook’s populations of Atlantic salmon.

The Limestone Rotary Club donated $2,558 to The Purple Ladle, a group of volunteers from the United Methodist Church and Age Friendly Limestone. The Purple Ladle’s 12 regular volunteers have delivered 17,435 meals to Limestone and Caswell residents since the pandemic began in 2020. The Rotary Club’s donation will go toward the purchase of a new commercial-style oven and cooking equipment for the church.

Rejuvenate Health & Med Spa celebrated its grand opening with a ribbon-cutting ceremony at its 24 Sweden St. location. Owner Jessica Rossignol was joined by the Central Aroostook Chamber of Commerce and family.

Deb Gorham, a nurse in Cary Medical Center’s One Day Surgery department, announced that she would travel to Poland to assist refugee families at the country’s border with Ukraine. Gorham worked with the organization Making a Difference in Uganda, which includes U.S. nurses who regularly volunteer in Uganda between traveling nurse assignments.

Northstar Variety, one of only two convenience stores within the 40 miles of Route 161 between Caribou and Fort Kent, celebrated its 25 years in business. Over the years, owners Dave and Sarah Anderson have expanded from selling food and drinks to becoming an agency liquor store, the region’s only gift shop and a go-to spot for purchasing hunting and camping gear.

Amid rising home sale prices, Limestone leaders hoped that the town’s cheaper housing stock would continue attracting residents. The town has dealt with a declining population since the closure of Loring Air Force Base and has searched for ways to welcome newcomers. 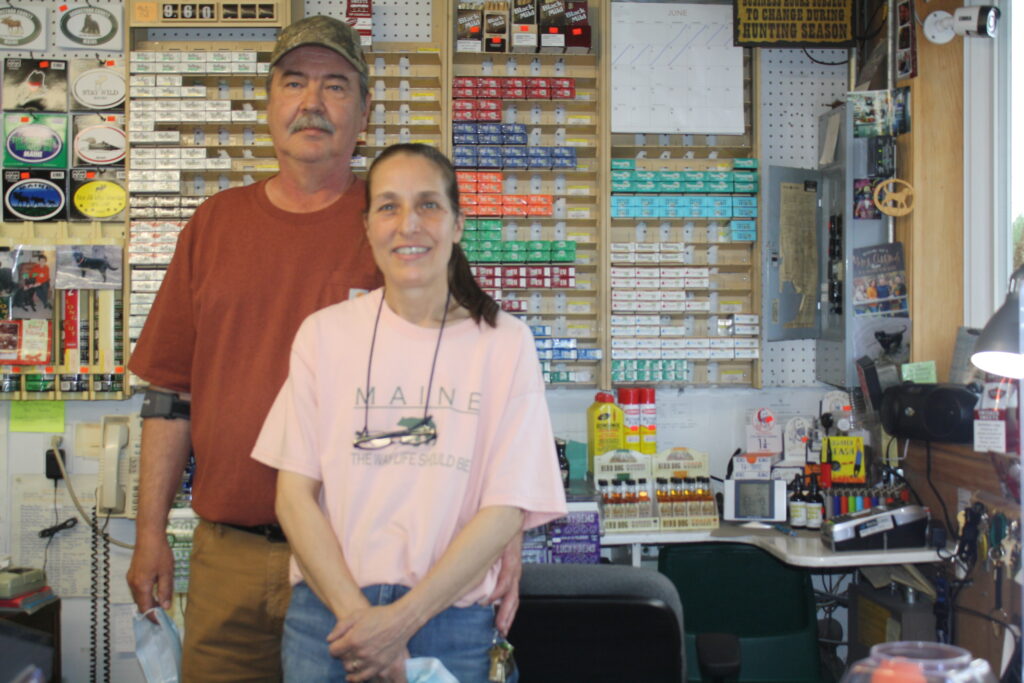 Sarah and Dave Anderson have owned and operated Northstar Variety in New Sweden since 1998 and have made the store a hub for the local community. Credit: Melissa Lizotte / Aroostook Republican

Next year's Caribou City Council will include a new member and a longtime councilor thanks to Tuesday's election.
Pets END_OF_DOCUMENT_TOKEN_TO_BE_REPLACED

Nearly anyone who has ever had puppies or dogs can relate to “The Zoomies.” The zoomies are defined as those sudden bursts of pent-up energy that cause dogs to run at breakneck speeds back and forth or around and around, or sometimes in a tight little circle.
What's Happening This Week END_OF_DOCUMENT_TOKEN_TO_BE_REPLACED