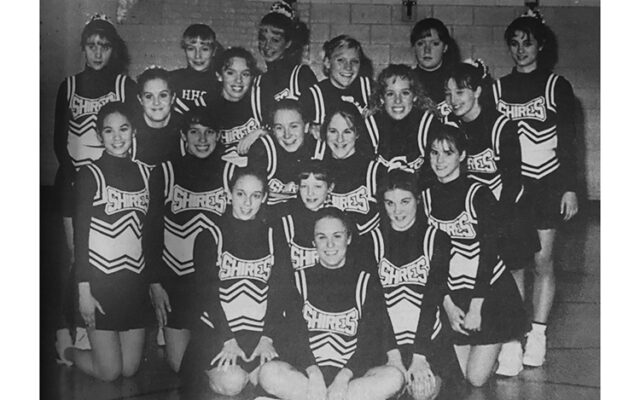 Contributed • January 18, 2023
75 Years Ago -  Jan. 15, 1948 Ricker plans for 100th anniversary – Plans for the observance of the 100th anniversary of Ricker here started with the announcement of the appointment of an Alumni Planning Committee. The committee as announced consists of Fred L. Putnam, chairman of the Board of Trustees;

Ricker plans for 100th anniversary – Plans for the observance of the 100th anniversary of Ricker here started with the announcement of the appointment of an Alumni Planning Committee. The committee as announced consists of Fred L. Putnam, chairman of the Board of Trustees;

Roy A. Bither, president of Ricker; Leslie Rhoda, president of the Ricker Alumni Association; Mrs. Newell Titcomb, George Roach and George W. Haskell. At a recent meeting of this Centennial Committee plans were made and discussed but nothing official has been announced as yet. It is understood, however, that the major events celebrating the Centennial will take place mainly in connection with the commencement program in June. Mr. Putnam announced that future meetings are planned and that the committee will be enlarged by later additions and new committees formed, as may become necessary.

Houlton High tramples over Washburn in league contest –  Coach Terry’s Houlton Hoopsters jumped back on the win trail last Friday night by defeating Washburn, 65 to 47, here in their second league contest. After trailing most of the period, the locals managed to pull out in front by one point in the first eight minutes of play to lead, 11 to 10. Never to be denied, however, the Washburn lads came right back in the second period to tie up the score, at 25 all. The final half proved to be somewhat different as the locals racked up basket after basket to pull far ahead of their rivals. Forty points were scored in that final half as the locals won by an 18-point margin.

DAR selects three as Good Citizen candidates – Miss Deborah J. Worster of Houlton High School, Miss Carlette M. Smith of Central Aroostook HIgh School at Mars Hill and Dawn Scott of Hodgdon HIgh School have been selected as Good Citizens to represent the Lydia Putnam Chapter, Daughters of the American Revolution in the state and national Good Citizen contests. The girls, members of the senior class in their respective schools, are selected by their teachers as possessing to the greatest degree the qualities of dependability, service, leadership and patriotism.

Shires lose by one point then win in overtime – The Shiretowners gained an even split in their two road games this past week, dropping a 52-51 decision last Tuesday night at Caribou and then taking an 88-82 overtime victory at Fort Kent Friday night. The split left the Shires at 4-2 on the season and still very much in the race for a spot in the Class A tournament. The see-saw battle at Caribou wasn’t decided until the final second when Dana Adams could convert only one of two free throws, barely missing a tie. Houlton had taken a six point lead in the third period and seemed to be moving well until the Vikings caught fire. They wiped out the lead and moved ahead of the Shires by five points with just one minute remaining. Adams capped the furious drive in that final minute by being fouled on a driving layup, with just one second remaining on the clock. Dana made good on the first toss, ut the second bounced away and Caribou had the win.

HHS show choir chosen for nationals – The Houlton High School Show Choir has received yet another honor. The group was recently selected to represent the State of Maine at the National Show Choir Festival in Branson, Missouri. This honor was given to the performing group for its unrivaled success in recent years (winning four first place titles), as well as recommendations from other show choir directors in Maine, representatives of the American Choral Directors Association in Maine and from the president of the Maine Music Educators Association. The show choir is under the direction of Choral Director Andrew Poulopoulos, who has been directing various show choirs for the past ten years in Houlton.

Houlton bracelets heading overseas – One of the biggest misconceptions about life in a nursing home is that the residents sit idle all day, rising only to participate in an occasional game of Bingo or construct a jigsaw puzzle. While this may be true in some circumstances, it is not the case for all. The fact is, most people that live in care facilities such as these, are always ready, willing and able to do anything and everything to help themselves and their fellow man. And the residents at the Gardiner Nursing home in Houlton are proving it once again. Co-directed by Darrell Crane and Gardiner Nursing home activities Coordinator Carolyn Benn, residents at the facility are fashioning 720 salvation bracelets to send to children in Russia and other parts of the world through a missionary program. The brainchild of Crane, he discovered the bracelet from evangelist and friend David Walker.

Next year's Caribou City Council will include a new member and a longtime councilor thanks to Tuesday's election.
Pets END_OF_DOCUMENT_TOKEN_TO_BE_REPLACED

When I wrote the first story of our dog Odie, I didn’t know that I would write a Part 2, but there were so many more stories that I decided more of this little dog’s story needed to be told.
What's Happening This Week END_OF_DOCUMENT_TOKEN_TO_BE_REPLACED