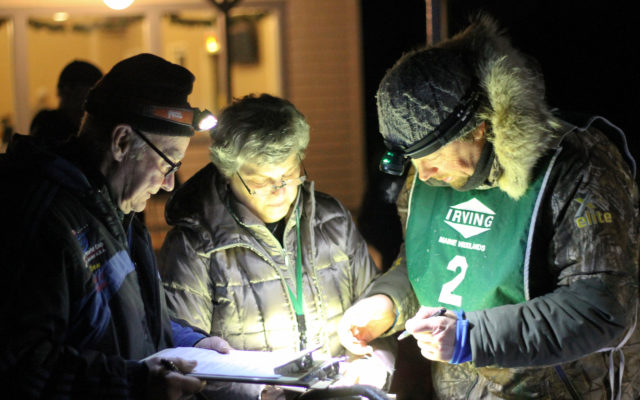 Don Eno • March 5, 2018
Martin Massicotte of St-Tite, Quebec, won his ninth Irving Woodlands Can-Am Crown 250 when he crossed the finish line at 3:09 a.m. at Lonesome Pine Trails, breaking the record eight wins he set last year. This is the musher’s fifth straight victory in the longest and most grueling of the three Can-Am Crown International Sled Dog Races.

FORT KENT, Maine — Martin Massicotte of St-Tite, Quebec, won his ninth Irving Woodlands Can-Am Crown 250 when he crossed the finish line at 3:09 a.m. at Lonesome Pine Trails, breaking the record eight wins he set last year. This is the musher’s fifth straight victory in the longest and most grueling of the three Can-Am Crown International Sled Dog Races.

“He is so happy about that,” Marie-Josse Dulong said while translating for her French speaking partner as the couple grabbed some food inside the Lonesome Pine lodge early Monday morning.

“I’m usually very tired at the end,” Massicotte said via Dulong’s translation. “But, not this year.” 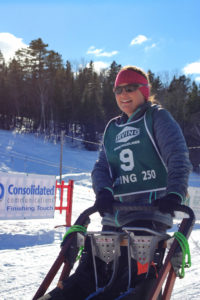 Perhaps the musher was energized by the faster than expected times he and his team clocked this year. Trail conditions were very good, he said, considering race temperatures in the relatively warmer 20s and 30s often made the trails slower. Colder temperatures typically make the trails firmer and faster.

“It was a challenge this year to keep the dogs hydrated and fed, because it was warm,” Massicotte said.

The Quebecer was one of 13 mushers who took off from downtown Fort Kent Saturday morning in the 250-mile race. Another 23 teams competed in the 30-mile race, and 18 ran in the 100-mile race.

Tristan Longchamps, 15, of Pont-Rouge, Quebec, racing in the Willard Jalbert, Jr. 100-mile race, was the first to let loose his dog team at 8 a.m. down the track of snow created overnight on the main road through town by public works crews.

The relatively mild temperatures had fans lining both sides of Main Street around the starting area and down the first section of the race course as the dog sled teams took off, one at a time, all morning long.

“This year we could not have asked for better weather” said Cyr. “It was great for spectators and mushers. In 26 years, we finally got a perfect weekend.”

Four teams competing in the 250-mile race had crossed the finish line by 7 a.m. Monday, with Massicotte’s finish putting him an hour ahead of Denis Tremblay of St. Michel des Saints, Quebec, who came in third place last year.

“I felt pretty good leaving Allagash,” Tremblay said at the lodge. “I was sure I would finish second. So, there was no stress. I like that.”

“I am very happy,” said Tremblay, who was also the runner-up in 2016. “It’s been a  good season for me.” The musher has had three top three finishes and one fourth place this winter.

This year’s winner said he was unsure he would pull off another victory until he was leaving Camp Syl-Ver, the race’s second-to-last checkpoint. When Massicotte calculated the estimated times of his close rivals, however, he knew the race was his to lose.

Massicotte was the first musher to finish the neary 68 mile first leg of the race in less than six hours since that section was rerouted in 2001 from its original 50-mile length. This year, Massicotte also completed each of the race’s five legs in under six hours, the only team to do so.

Massicotte was the first musher to finish the neary 68 mile first leg of the race in less than six hours since that section was rerouted in 2001 from its original 50-mile length. This year, Massicotte also completed each of the race’s five legs in under six hours, the only team to do so.

Massicotte and Tremblay, who are friendly rivals and often race in the same events, live about three hours from one another in Quebec.

“Every race it’s me and Martin,” Tremblay said with a chuckle. 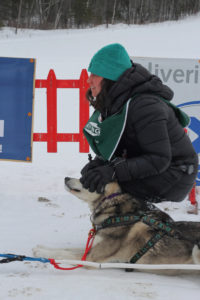 Erin Altemus checks on her dog team after crossing the finish line in Fort Kent just before 7 a.m. Monday. She came in fourth at this year’s Can-Am Crown Irving Woodlands 250. (Don Eno)

Next year, Massicotte is planning to skip the Can-Am 250 and instead will travel to Alaska for his first Iditarod 1,100-mile challenge, considered the pinnacle of mushing. Massicotte came in sixth in the 2003 Yukon Quest, a 1,000-mile race.

A runner up multiple times in the Can-Am 250, Andre Longchamps of Pont-Rouge, Quebec, finished in third, crossing the line with the sunrise at 5:40 a.m. Monday. Coming in fourth was Erin Altemus of Grand Marais, Minnesota, who pulled into Fort Kent at 6:58 a.m. In her first ever Can-Am competition, Altemus was the first of seven women entered in the 250-mile race to come in on Monday.

Although she is a newcomer to the Fort Kent race, Altemus has competed in various long distance mushing events in Minnesota and Michigan. The Can-Am, she said, has a reputation as a challenging course.

“It’s definitely a tough race,” said Altemus, who said that her previous races have not been in quite such dramatic landscapes as northern Maine.

The course heads southeast from Fort Kent to Portage, then west into the North Woods before turning north again in the wilderness up through Allagash and back to Fort Kent.

“It was fun to come out here and run in the mountains,” she said.

Each team started the Can-Am 250 with 12 dogs. Massicotte pulled into the finish with 10 animals, while Tremblay ended with eight and Longchamps nine. Mushers may drop off tired or injured dog at checkpoints, where volunteers care for them before eventually transporting them back to Fort Kent.

Dylan Harris of Tabiona, Utah, crossed the finish line at 8:34 a.m., coming in fifth. Jennifer Freking of Finland, Minnesota, finished in sixth place, coming into Fort Kent about 15 minutes after Harris. Yann Shaw, from Fermont, Quebec, finished seventh in this year’s Can-Am 250, coming in around 1:30 p.m.

“I’m kind of glad to be done because of the heat,” Dionne said. ”But, I wish we could do it again next week.” 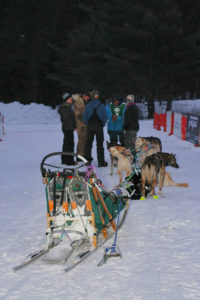 Mushers Marie-Eve Drouin, Marla Brodsky and Becki Tucker all pulled out of the 250-mile race and did not finish.

Many of the Can-Am 250 mushers will gather Tuesday evening for a final awards banquet. Winners and mushers in the 30- and 100-mile Can-Am races were honored at a Sunday morning awards brunch at Lonesome Pine. 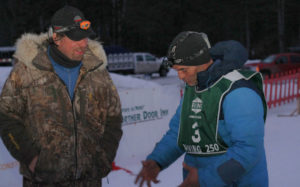 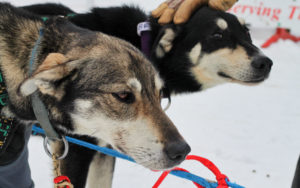 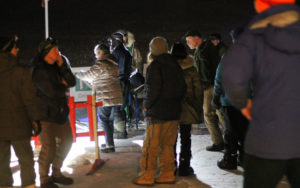 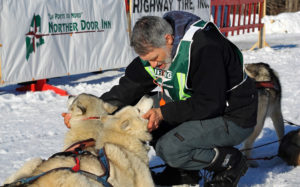 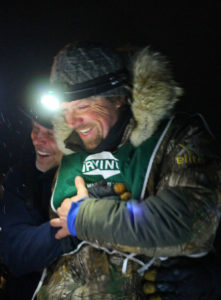 It was a freezing day across The County, but you could hardly tell from the turnout. Even after a massive surge in absentee ballot requests across the Central Aroostook area, droves of people came out to vote in Presque Isle, Mapleton, Washburn and Fort Fairfield.
Pets END_OF_DOCUMENT_TOKEN_TO_BE_REPLACED